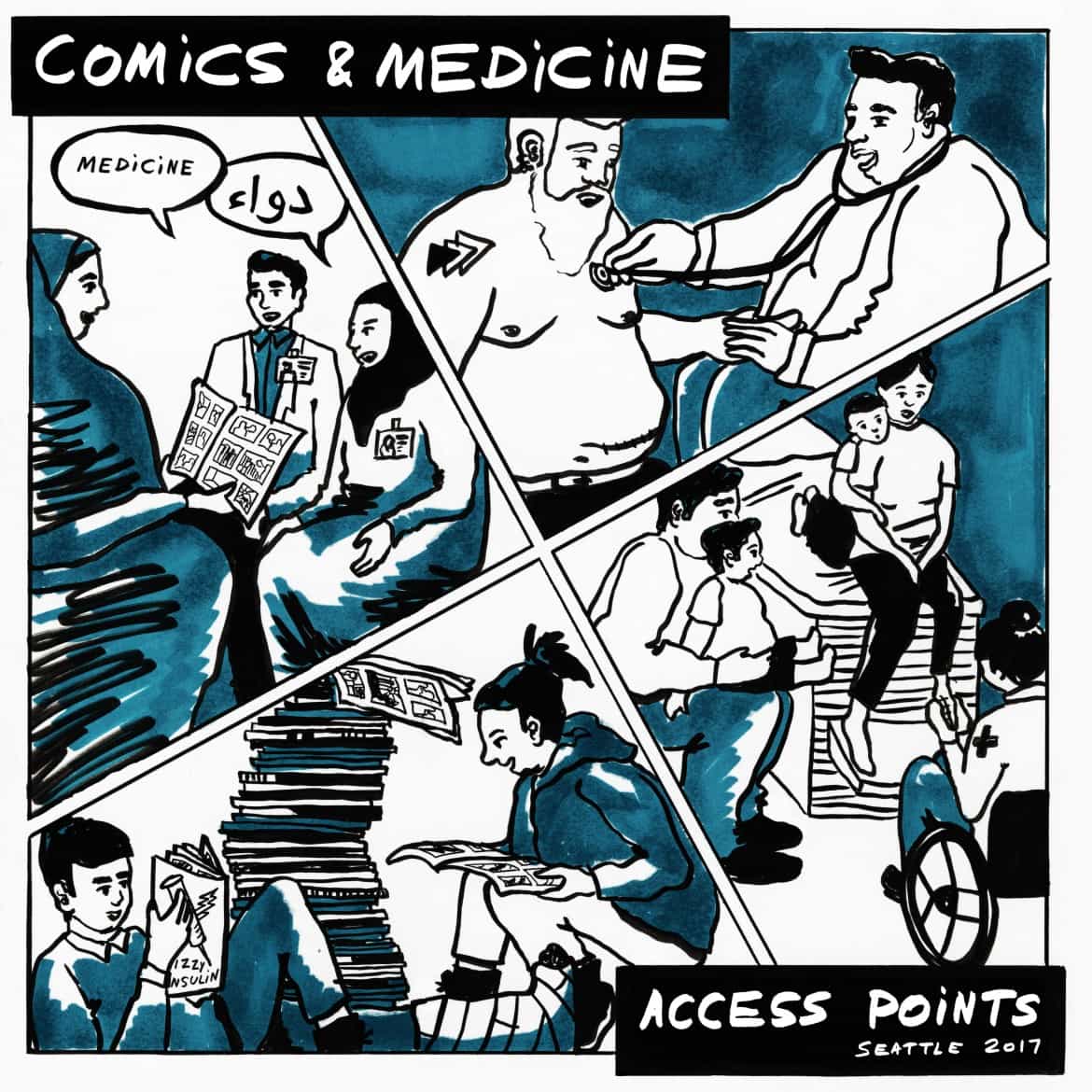 The 2017 Comics & Medicine theme was “Access Points.” We invited participants to consider accessibility as a crucial aspect linking comics and health. Comics—a medium broadly characterized as “accessible” because of its ability to reach diverse audiences and to provide a platform for marginalized voices—can make visible and reflect upon the urgent subject of health access. Comics can explore the issue of accessibility in past and current practices of health care and can point to imaginative solutions for extending and expanding health care. The Seattle conference was hugely successful, thanks to Mita Mahato and her team of organisers. The quality of presentations reached a new high, while the meeting retained the supportive, non-competitive vibe that has been so important to the participants. This feeling of inclusiveness is an important part of the Graphic Medicine ethos. 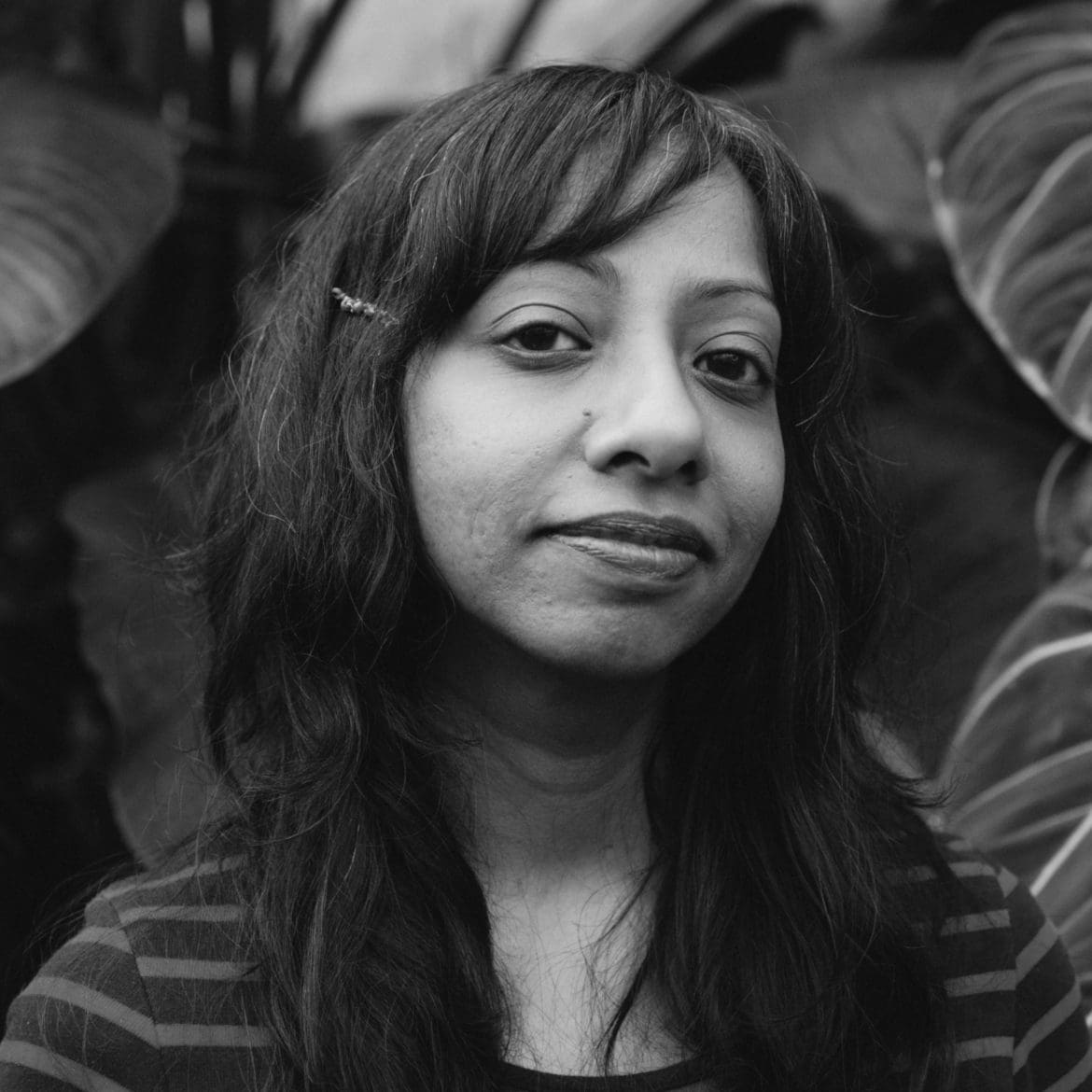 In addition to being an Associate Professor of English at the University of Puget Sound, I am a cut paper, collage, and comics artist. My scholarly work investigates the articulation and reception of illness stories in extra-lexical narrative forms (online media, comics, film, and photo essays) and my creative work explores the transformative capacities of found and handmade papers. I take great pleasure in applying collage and paper-making techniques to maps, newspaper, packaging materials, and old sewing patterns to build multivalent images and stories. Because my materials are lost and found, my storytelling tends to center on issues related to loss—including loss of life, identity, habitat, and species. In 2015, “Sea”—a book in which I ask readers to leave their usual senses and reading habits for the sea—received recognition by Cartoonists NW as the year’s “best comic book.” A selection of my poetry comics, collectively titled In Between, was published by Pleiades Press in 2017; my mini comics have been featured in Drunken Boat, Seattle Weekly, Mutha Magazine, and PEN America; and you’ll see my comics and other paper art exhibited in galleries across the country, including Seattle, Chicago, and New Orleans. In 2017, I was the first Artist in Residence at the School of Medicine at UC Riverside (an experience I won’t soon forget). In addition to my university work, I currently serve on the board for the arts organization Short Run Seattle and am a teaching artist with the Henry Art Gallery.

• Rupert Kinnard created the first LGBTQ-identified African American comic strip characters in his groundbreaking series Cathartic Comics. His comics work—including his much anticipated memoir-in-progress LifeCapsule Project—spans all facets of his personal identity, from race, gender, and sexuality to classism, ageism, and disability. He received a Lifetime Achievement Award from the World Arts Foundation in 2013. Listen to his keynote address here. 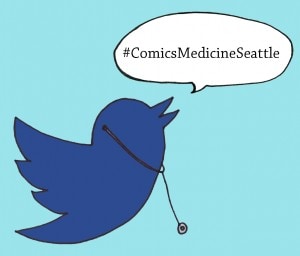