Home / Latest / All Is Not Well – Comics About Care. Call for work.

Jonathan Clode, comics writer and former care manager, tells us about leaving his day job to focus on building a new website, dedicated to stories about the British care system. 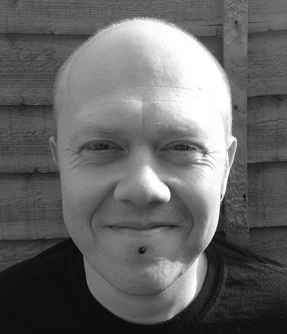 “Anyone working in comics will know that making a living out of it is hard, and that most of us will need a day job to keep the lights on. For me that job was learning disability support services in Cardiff. It was the best job I could ever hope for and genuinely inspired me. Over time I became a manager, with hopes of making lives better and helping people who had spent many years of their lives cast aside institutions dressed up as hospitals. But as governments and social attitudes change so does the value placed on our most vulnerable, and in Britain we have taken a massive step backwards. My dream job became something that kept me awake at night, and asked me to make unreconcilable decisions. I always prided myself on looking after my staff as much as the people in our care, but that was becoming an impossible task amid the present political climate and the culture of the organisation I worked for. As much as my desire to pursue paid comics work gave me a reason to leave, the reality of my working life had become something I could no longer bear and I ended up leaving my role as a manager late in 2015.

The bills still need paying so I keep a toe in the old job by doing basic support on a zero hours’ contract once or twice a week. In doing so I have watched in horror as the reasons I walked away have come to fruition. Levels of care have been drastically cut along with the quality people can expect to receive. Carers are asked to work with client groups that are unfamiliar to them and have little or no outside advocacy. I’m sure this is hardly shocking to many of you reading this, but that is the problem. It should be.

Giving care is essential to a functional, healthy, and ethical society. Far too often care givers are forgotten about, made invisible, and overlooked, whether they are de facto stay-at-home carers, or the underpaid and undervalued caregivers who work for our institutions and social services. Care in the community and supported living saw the end of dehumanising institutions but it also drove care underground with a huge rise in private sector provision.

As a writer, my interests lay in stories that deal with social issues, history and biography, and particularly how we represent people and why. Given all that, I devised All Is Not Well – Comics About Care, a comics website that will create a space for experimental comic strips that explore experiences of care, from the perspective of the care-giver and of the person who receives care. The project has been realised in conjunction with Cardiff University and is being funded by ESRC Impact Acceleration. Alongside myself it will be run by Ryan Prout, lecturer at the Cardiff University School of Modern Languages. Ryan has worked on European comics that have raised awareness of autism and Alzheimer’s, and came to the project after researching representations of disability in comics and finding that this was an area that needed exploration.

We are looking for contributing writers and artists and for material designed especially for the project. The style of the strip is completely up to individual artists/writers; the only proviso is that the story should relate either to personal experience or be informed by someone with knowledge of life in care work. Ideally, these stories will be around 6-8 pages in length and will ultimately be collected into a print publication, at which time the proceeds will go to the creators. In early 2017 we will be hosting a workshop in Cardiff to identify the issues around the devaluation of care and the role that comics can play in challenging this, inviting carers from across the industry, comic creators and academics undertaking research relevant to our project. Any information shared will be done so instrictest confidence.

In this initial phase the stories need to reflect the British system of care so please keep that in mind if you wish to get involved. This project is driven by the realities of day to day care work and we very much want to hear from people who have a story to tell though they may not be writers or artists.”

Why do this? Sooner or later we all need to give or receive care:

• Three in five people in the UK will be carers at some point in their lives.

• 68.8% of older carers say that being a carer has an adverse effect on their mental health.

• The strain of being a carer produces increased likelihood of stroke and mental health problems.

• Care work is one of the lowest paid jobs in the UK. Experienced staff earn little more than new employees

• Few employees stay in the care profession for more than 10 years.

• Employee turnover sits at around 25% but is even higher in the private sector.

• The provision of community health care by private sector organisations is rising, while funding continues to shrink.