Home / Latest / Announcing the Winner of the 2022 GMIC Award! 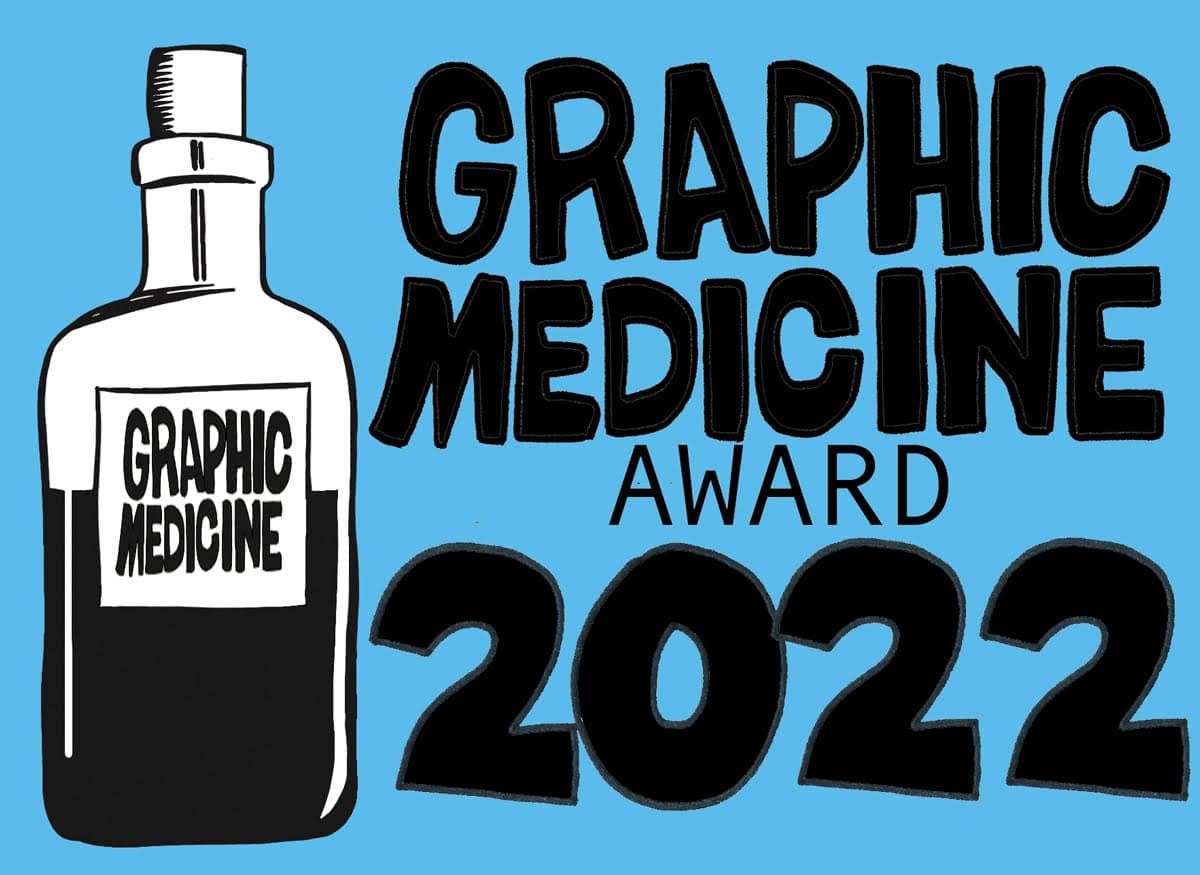 This January, the Graphic Medicine International Collective (GMIC), a not-for-profit organization with a mission to guide and support the uses of comics in health, was thrilled to announce an award for outstanding health-related comic project completed and/or published in 2021. This award was made possible by a generous matching gift in Honor of Nancy and Herbert Wolf. 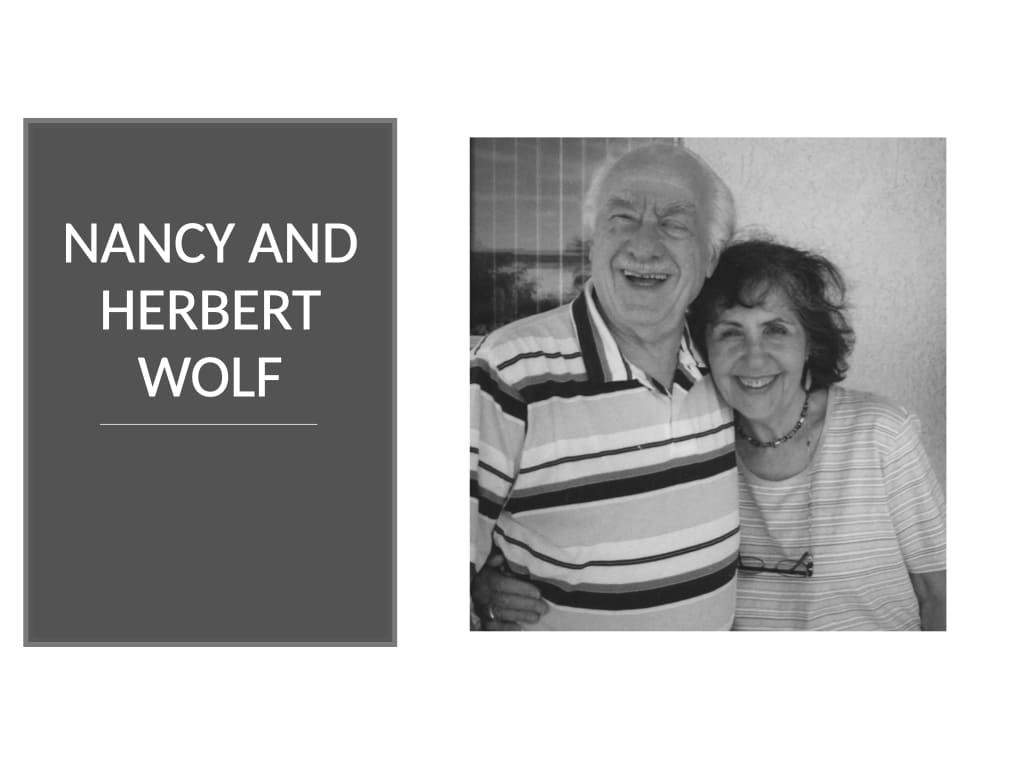 As announced at our conference closing ceremonies on Friday, the winner of the 2022 Graphic Medicine Award is Parenthesis, by Élodie Durand. 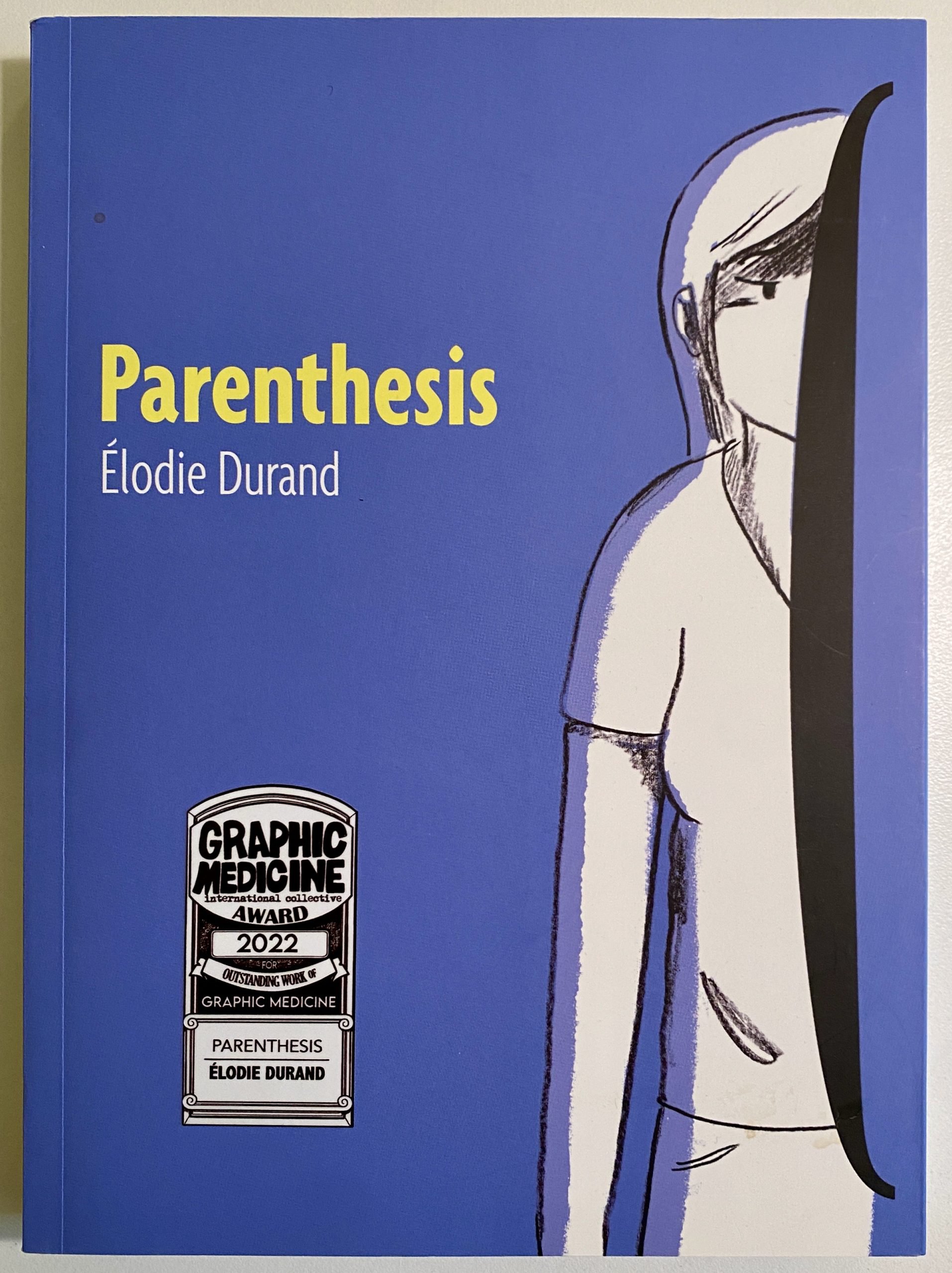 ABOUT THE AWARD – Élodie will receive $1000 USD and a very special commemorative trophy, which we’d like to share a little about. 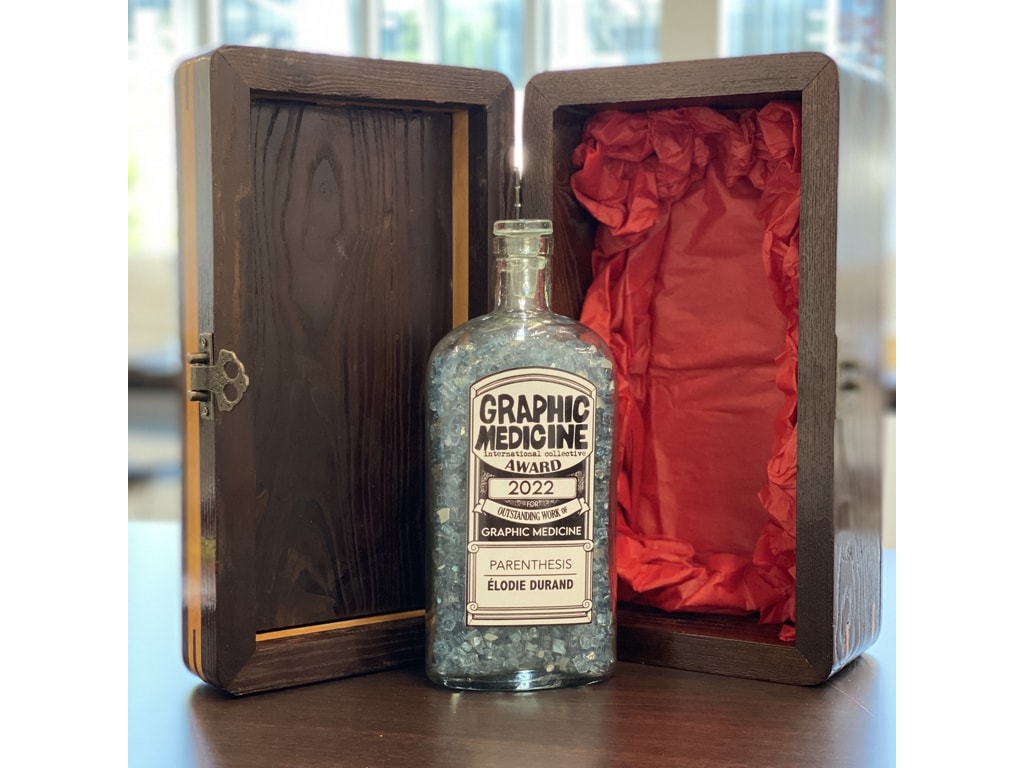 For the foundation of our trophy, after much deliberation and with a nod to our conference exhibit focused on the history of medicine reflected in comics, we chose to use an antique Patent Medicine bottle. The one we chose to use is  from Lydia E. Pinkham’s Vegetable Compound, which was invented in 1873 by fifty-four year old Lydia Pinkham for the treatment of menstrual discomfort.

According to Pinkham scholar Sarah Stage, the tradition of concocting medicines in the home was a common hobby for women during the nineteenth-century, when many people were suspicious of the expensive and often dangerous medications prescribed by doctors. According to historian James Young, Pinkham said that male physicians were indifferent and insensitive to women’s reproductive health. Young claims Pinkham argued that only women could understand a woman’s ills. Pinkham’s products challenged the treatments physicians prescribed to women in the late nineteenth century. This information comes from an article by Rainey Horwitz in the Embryo Project Encyclopedia. (Citation)

We thank Alex Thomas for designing the award label, which is based on one of the Vegetable Compound’s original labels. And we thank Devon San Denis-Richard for custom crafting the gorgeous box in which the award will arrive to Élodie.

About the selection process The selection process for the inaugural 2022 Graphic Medicine International Collective Award for outstanding work in graphic medicine had two stages, each with a different group of judges. The entire process was careful to control for bias and conflict of interest.

Judges were recruited to include representation from a range of graphic medicine subcommunities: cartoonists, academics, clinicians, librarians, comics critics/reviewers, and persons with lived experience of illness, caregiving, and/or disability.

The first stage of our process was to develop a shortlist from all of the submissions. Each of the 43 submissions was read by five judges who systematically generated the shortlist.

We thank our shortlisting judges:

Second Stage of the Process: The second stage of our process was to decide from the shortlist on the winner of the 2022 outstanding work of graphic medicine. This was done by a new panel of judges. This panel of judges read the shortlisted texts and met via Zoom multiple times to discuss the works and decide on a winner.

We thank our award judges:

They will receive a small token of our appreciation for facing their very difficult task with focus and camaraderie.

For the 2023 GMIC Awards, based on lessons learned during our inaugural year, we plan to offer awards in multiple categories. Watch the Graphic Medicine website for an announcement in January 2023 for more details.

In the meantime, we thank the GMIC Award Committee that has thoughtfully and carefully guided this process: