THIS PAGE IS UNDER CONSTRUCTION

Graphic narrative enlightens complicated or difficult experiences, articulates a complex and powerful analysis of illness, medicine, and disability and helps us to rethink the boundaries of health to include factors that can adversely impact health, such as  climate change, gender and sexual identity, and political crisis. Graphic medicine titles have been included on several publishers’s lists, primarlily Penn State University Press in the US and Myriad Editions in the UK. The books are inspired by a growing awareness of the value of comics as an important resource for communicating physical and mental health, illness, caregiving, and disability.

Curated by editorial collectives with scholarly, creative, and clinical expertise, Penn State’s Graphic Medicine list includes monographic studies and edited collections from scholars, practitioners, and educators, as well as original comics from artists and non-artists alike, such as self-reflective “graphic pathographies” or comics used in medical training and education, providing a creative way to learn and teach. 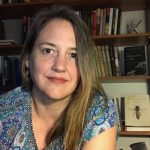 Kendra Boileau is Assistant Director and Editor-in-Chief of Penn State University Press. She introduced the Graphic Medicine book series to PSU Press’s list in the spring of 2015 with the publication of the Graphic Medicine Manifesto (Czerwiec et al.) and The Bad Doctor (Williams)–this latter title being the very first graphic novel to be published by the Press. Under her aegis, the Graphic Medicine series has grown to include a number of widely reviewed and highly acclaimed graphic novels and comics anthologies, all of which have helped to define the field of graphic medicine. Not really a fan of comics before being introduced to graphic medicine, Kendra now finds comics of many forms and traditions to be utterly transformative, both personally and professionally, and is delighted to be involved in their publication. 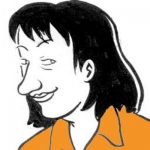 Corinne’s background in health information comics and work as a cartoonist has nuanced Myriad’s graphic novel list, launched in 2008, towards a collection of award-winning authors and titles on graphic medicine themes. Corinne commissions and works closely with authors, several of whom came to Myriad’s attention through its First Graphic Novel Competition (Ian Williams, Henny Beaumont, Gareth Brookes, Paula Knight) and through cartoonist groups such as Laydeez Do Comics (Nicola Streeten, Sarah Lightman) and Cartoon County (Nye Wright). Myriad also publishes best-selling graphic handbooks on pregnancy Bump and breastfeeding The Food of Love by Kate Evans. We are proud to have US editions of many of our graphic medicine titles published by Penn State University Press, and several translations by French and Spanish publishers. Myriad is an imprint of New Internationalist publications, who are publishing Vanni on the Sri Lankan Civil War, to be published by NI and PSUP in 2019.