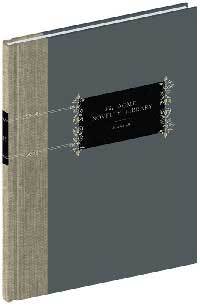 Chris Ware does melancholy very, very well. I could read any of his many works and find themes of depression, alienation and anxiety within them. I have picked this one because it also deals specifically with disability. An unnamed girl, refered to as “Nanna” whilst working as a nanny for a middle class family, has suffered a below knee amputation after a road traffic accident in her teens. Her story was actually introduced to readers as one of Ware’s “buildings stories” in Acme Novelty Library 16. This volume covers her lonely life after leaving art school. Her self esteem is very low, she doesnt like her body. Then, during a life drawing class, she meets a male model who falls in love with her. They have an intense sexual relationship, during which she reaches emotional maturity. Then he buggers off and leaves her, without explanation, leaving her devastated and depressed. There is no happy ending.

That last sentence sums up much of Ware’s work- it is concerned with the cruel realities and disappointments of life. It’s slow paced pages are weighted by an air of leaden sadness and inevitable failure. What makes it so marvellous though, is his artwork. He is without doubt one of the most influential cartoonists of the last twenty years, a master of form. His work is all exquisite flat colour and “dead” black outlines. I love it. No matter that the subject matter is so depressing, he is just so damned clever, his diagrammatic strips constist of many small panels (usually square) connected by arrows and lines, not unlike a flow diagram or pathway. No matter that all his characters look much the same, and never smile, even when having sex, and you get a bit confused about who is who, especially with the women, its all just so gorgeous. This is top level illustration. Forget drama, his multipanel observations of what it is like to decent a flight of steps with a prosthetic leg are something to marvel at.