Home / Comic Reviews / Comic Books / Billy, Me & You: A Memoir of Grief and Recovery 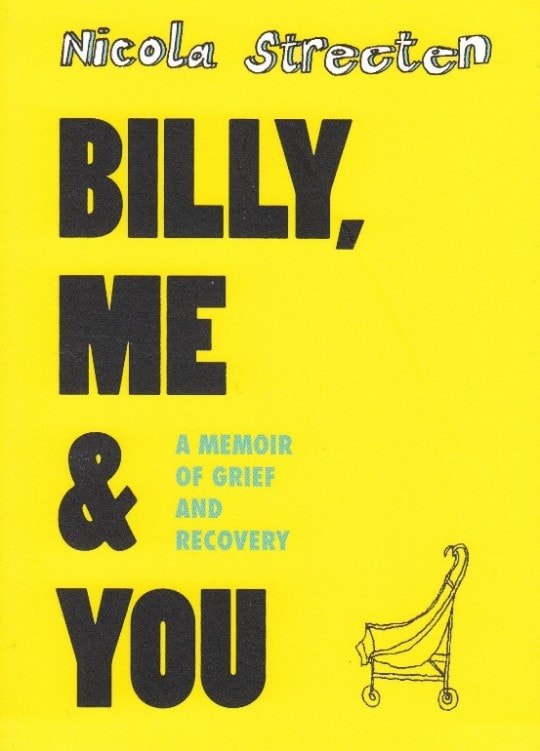 Published in 2011 by Myriad Editions, Billy, Me & You: A Memoir of Grief and Recovery (hereafter Billy, Me & You) is a graphic memoir by Nicola Streeten, an illustrator and academic. Serialized initially in Liquorice magazine, Billy, Me & You was later collected into a graphic novel thirteen years after the death of Billy, author’s first child who died after cardiac surgery at the age of two. Suffused with subtle humor, if the memoir chronicles the complexities of human grief and bereavement it also deftly records the emotional trials of the author through full page-cartoon illustrations which Streeten herself characterizes as “imperfect, like life.”

Streeten, at variance with other memoirists, has challenged the cathartic unleashing of grief through writing, maintaining that “it may be cathartic for some, but for me it was a work of art. Not therapy.” Interestingly, by explicitly inviting the reader through the use of the second person pronoun (“You” in the title), the author makes the reader a significant part of the book, thereby offering a profound truth: that grief is to be shared.

With humor and humility, Streeten reconstructs her memories through the diary and journal entries written after Billy’s death. Streeten takes the reader abruptly to 19 September 1995 and the aftermath of her child’s death: sketch of Streeten and her husband, John Plowman, leaving the hospital carrying the a bag of Billy’s clothes is the opening scene. From there onwards the journal becomes the blotting paper which captures the author’s emotions. Divided into two sections, part one of Billy, Me & You portrays the horrors of coping with the death of someone dear and the emotional mayhem that follows, while part two reflects on the theme of time – the healer – and how the author makes peace with her past. The memoir ends with the birth of the couple’s daughter, Sally, and the promise of a new beginning. The archivist in Streeten extends the book to a recollection of the background facts of publishing of Billy, Me & You as the Afterword.

Another interesting aspect of the narrative is Streeten’s purposeful use of archives. Realizing the force of archives, as it were, Streeten deftly arranges photographs of Billy’s toys, letters, journals, newspaper cuttings and legal documents to bear upon the emotional truth and authenticity of the narrative. Deploying archives as a convenient route to the past, Streeten artfully reincarnates Billy and, in so doing, the author insists that past and present are always present.

A graphic memoir with manifold themes, Billy, Me & You cerebrates an array of themes ranging from fatality to feminism. Accordingly, the narrative offers an intrapsychic experience of grief coupled with a scathing criticism of the absurdities and taboos related to death and mourning. The narrative also reviews the massive industry which is made out of one mellow emotion called grief, particularly the American obsession with support groups like ‘Dead Baby Club,’ ‘National Meeting of Bereaved Parents,’ among others. As if these were not enough, Steeten in the Afterword uncovers the sexist and elitist attitudes of academia towards women comic writers and the comics medium. Specifically, Streeten underscores the struggles of women comic writers for a space of their own in the industry. Though woven out of melancholy, the memoir ends with a note to the many bereaved: “Let there be hope.”