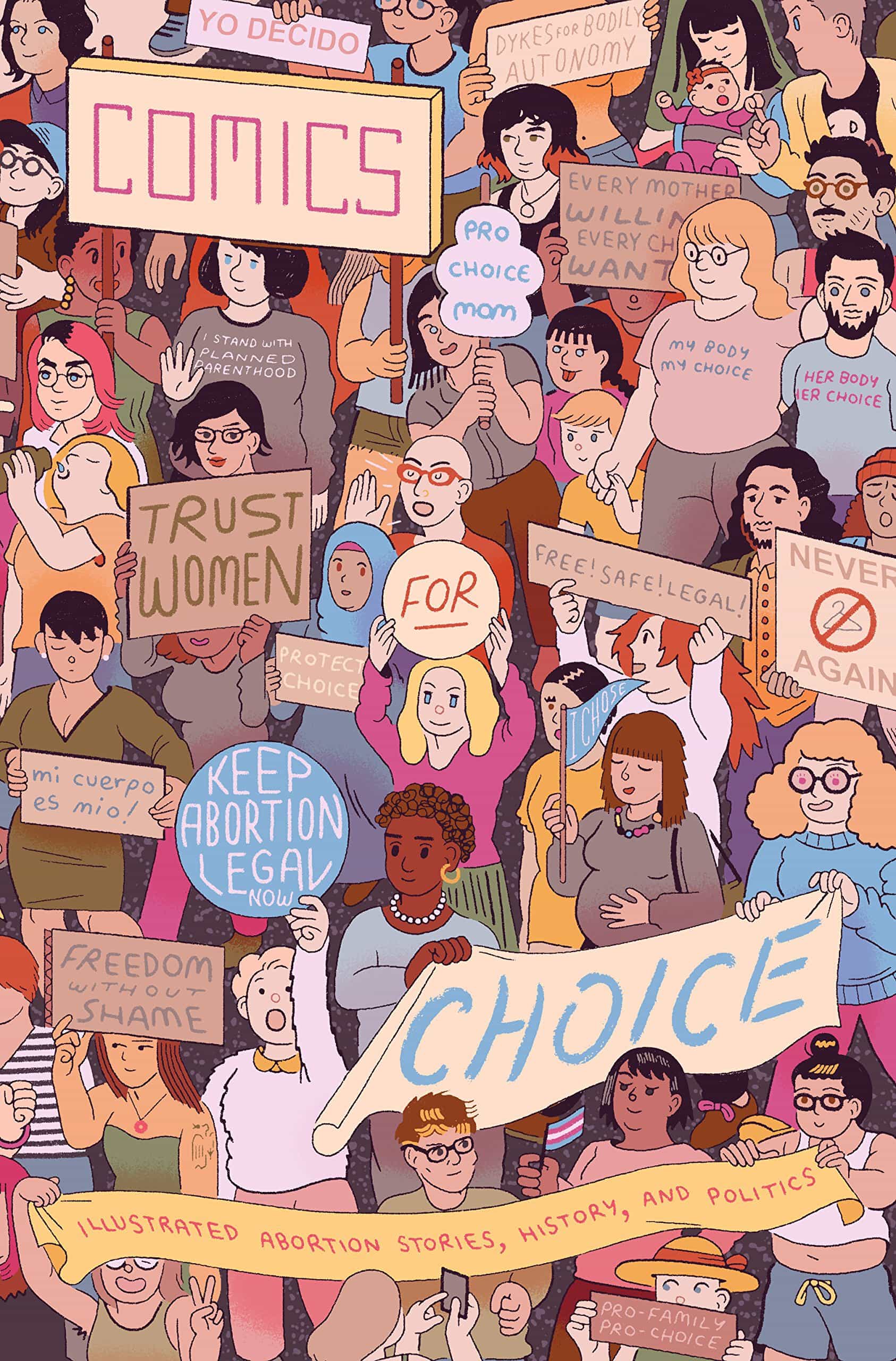 Comics for Choice is a robust anthology of comics about abortion; it’s also a history lesson, a medical lecture, a storytelling event, and a window into a possible future for reproductive health in the United States.

The anthology, edited by Hazel Newlevant, Whit Taylor, and OK Fox, is a colorful tapestry. Each personal story about abortion care is threaded together by facts and perspectives from other storytellers, including historians, doctors, activists, abortion doulas, and clinic escorts. Readers can expect to learn the history of abortion-related legislation, advocacy, and terrorism in the United States. Graphic medicine devotees will also appreciate the comics explaining reproductive health specifics, including birth control options, self-managed abortion, and post-abortion care.

Taken as tome, Comics for Choice unapologetically supports a person’s right to accurate and nonjudgmental information about all reproductive health options. However, each story displays starkly different perspectives of abortion and abortion care. The anthology normalizes the diverse range of emotions patients may feel before and after their procedure; characters feel everything along the emotional spectrum of elation to exhaustion. Some authors posit what life may had been like if they had elected not to have an abortion. Many comics also share how health care providers and abortion advocates can improve abortion experiences and make reproductive healthcare accessible to all. It’s this honesty and well-roundedness that makes Comics for Choice a valuable resource about the many co-working facets of reproductive rights.

The anthology includes 42 comics, all standouts in different ways. A few favorites showcasing the scope and depth of the collection are:

The pieces in Comics for Choice show graphic medicine at its best: they mold multifaceted concepts into informative, easily-digested, and visually-appealing stories. Informative, enlightening, and with a robust bibliography, Comics for Choice is a beautiful and thorough education about modern reproductive health and abortion care.