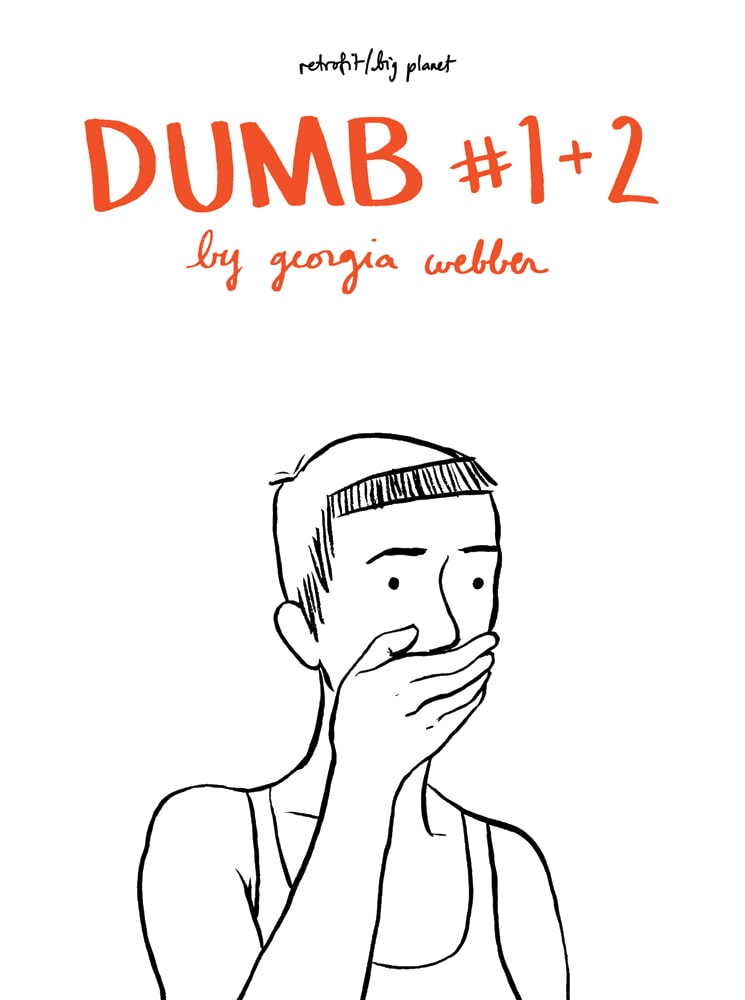 The DUMB series, numbers 1 & 2, by Georgia Webber are about the author’s disability from straining their own voice by using it too heavily. The first zine begins with them returning home from TCAF, a alternative comics convention in Toronto in May, and over the next few months feeling their voice becoming harder and harder to use. In this first issue the author shows themselves putting off resting or not using their voice until one day pain strikes so bad, it becomes time to schedule a doctor’s appointment. Webber utilizes the comic’s language of drawing small stars in various panels to convey their throat pains they experience panel to panel to the reader. This entire zine is two colors and tells a straight forward narrative about how this injury made their life harder over the period of time before finding out what was wrong. In all sixteen pages, everything is drawn in black, but the red is only used in panels to convey the idea of voice and sound coming from the author and others. The two page centerfold illustration of the artist laying on a giant bundle of stars does a beautiful job of depicting how the daily pain has built up, and now causes immense pain to the author. In the last few pages, Georgia is left with her diagnosis of being a vocal abuser, and told there is nothing to do but rest it and see the doctor again in six months. In the second part to the story, zine Dumb #2 Webber tells how her new disability impacts their life, starting with the first page titled Aftermath. As they begin to research, she draws the outline of her character disappearing with frustration. In this zine, the usage of red changes from being strictly voice to now their thoughts. They show themselves struggling with the disability as they quit their job, alert their friends, and file for unemployment. Within the second zine is a b story. This second comic lines the tops of the pages and illustrates them physically fighting with themselves, which drives at the idea of internal struggle. This pairs well with the external struggle presented in panels below. In the end, nothing is quite resolved, but the author shows herself trying to receive disability or apply for jobs fitting disabilities. The last page shows both a and b stories closing with gestures implying hopefulness that all will be resolved with time.