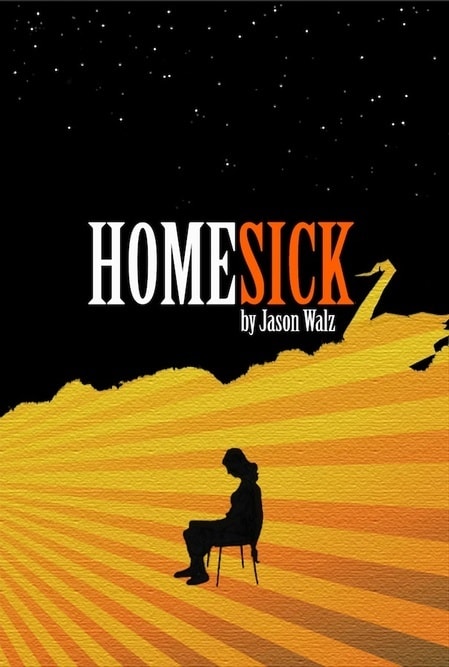 In 2009, Jason Walz’s mother Linda died from complications related to breast cancer.  However, Homesick, Walz’s debut graphic memoir, is not about his mother or her terminal illness so much as it is about coming to terms with the gutting loss he experiences upon her death. While Linda is living (though rapidly deteriorating) through much of the book, Walz narrates from the perspective of losing her—or knowing that he will lose her.  The book is built out of a succession of memories that emphasize the isolation and panic that Walz feels during Linda’s final months.  In a poignant moment, Walz acknowledges his avoidance of talking to his mother openly about her impending death, choosing (or perhaps needing) to redirect the conversation to happier matters.  Although I found myself wanting more of these moments of self-reflection or more of Linda’s story and background, Walz’s depiction of himself and his attachment to his mother read as incredibly honest and truthful to his particular experience.

Walz throws his loss into sharp relief with the introduction of a secondary narrative thread that drifts in and out of his more central story.  In the companion narrative, based upon the conspiracy theory that the Soviets had covered up the deaths of cosmonauts during the 1960s, an abandoned cosmonaut silently drifts further and further away from the earth.  While the metaphorical relationship between this lone man set adrift, untethered from any connection to his home planet, and the author’s own situation is perhaps apparent, Walz’s artistic subtlety surfaces in its telling.  The panels are marked for their silence, echoing the “alone” of empty space.  Walz’s stark black and white renderings of space, often without the interruption of words, effectively echo the silence.

This story of grief reads as somewhat particular to Walz’s experiences—Walz making sense of his place in the world without a mother who clearly and understandably meant the world to him.  It is a caring and heartfelt memoir that touches on realities related to bereavement, anxiety, and “moving on.”