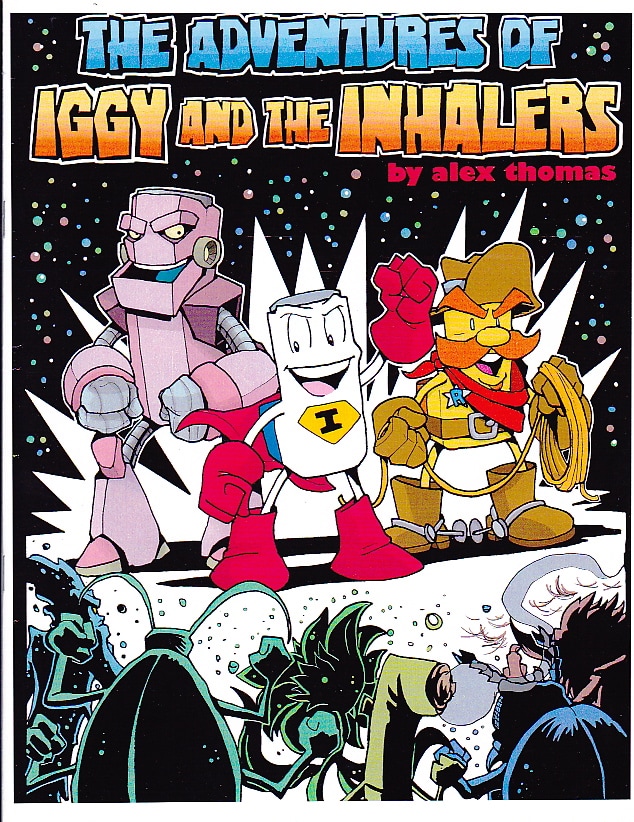 The Iggy and the Inhalers Program is a superb example of a multifaceted approach to health education for children. Dr. Thomas, a pediatric allergist, designed a story in comic form to educate children on the pathophysiology of asthma, proper inhaler use, and environmental triggers of asthma. His work extended beyond the primary comic book titled “The Adventures of Iggy and the Inhalers” to include complimentary videos, trading cards, posters, and stickers. Three of the primary strengths of the Iggy and the Inhaler comic program are its engagement of the reader, fun narrative, and clarity by means of the characters.

Dr. Thomas and his team emphasize children’s ability to gain control over their asthma by making the learning interactive. The comic book itself offers portions for the young reader to color and draw; for instance, following the instructions to color the inflamed airway a darker color than the healthy, dilated airway may aid in one’s learning of the what goes on during an asthma attack and why it is important to use inhalers correctly. Trading cards describe the different types of inhalers (controller, quick reliever) as well as the different triggers of asthma in a way that mimics Pokémon cards or another relatable game. Online videos provide yet another means to learn the material, providing visual effects and audio that may help keep children engaged and interested. By offering multiple medias in which to learn the material, Dr. Thomas allows children with different learning styles to take in and use the information in order to improve their health.

Iggy and the Inhalers describes three anthropomorphic inhalers helping David, a child suffering from asthma, to better understand the basics of asthma and how to properly use inhalers. Later in the story Iggy, Broncho, and Coltron, the three inhalers, fight Team Trigger, which includes anthropomorphic characters such as Pollenoid and Smokey Joe, in order to demonstrate what can trigger asthma attacks in the first place. The narrative is a well-developed, logical, and fun approach to asthma education. A logical progression from panels that include David in distress to panels that show a smiling David clearly demonstrate the significance of the condition. Labeling the three anthropomorphic inhalers as the “good guys” who go on to fight the troublesome Team Trigger makes the comic more of a story and less of a lecture. Placing these characters in the midst of an asthma attack rather than in a more passive educational setting also makes this comic a story in which a child can have fun while learning.

Perhaps the most appreciable aspect of the comic is the creativity and thought that went into designing the characters. As Dr. Thomas describes on the website, Broncho the quick reliever inhaler and Coltron the controller inhaler are purposely depicted with different personalities, appearances, and tools to highlight the difference between the two types of inhalers. Broncho is a fast moving, lassoing cowboy who dilates bronchioles whereas Coltron is a slower-acting robot with a spray-arm to reduce inflammation. They even have unforgettable voices on the videos! Team Trigger also includes memorable characters like the nasty Smokey Joe or ghoulish Moldar, further bringing asthma to life in story-form.

Such an engaging program with a creative narrative and charismatic characters illustrates the power of comics in patient education. I’m excited to read Dr. Thomas’s future work on Iggy and the Inhalers to see what the gang is up to next! 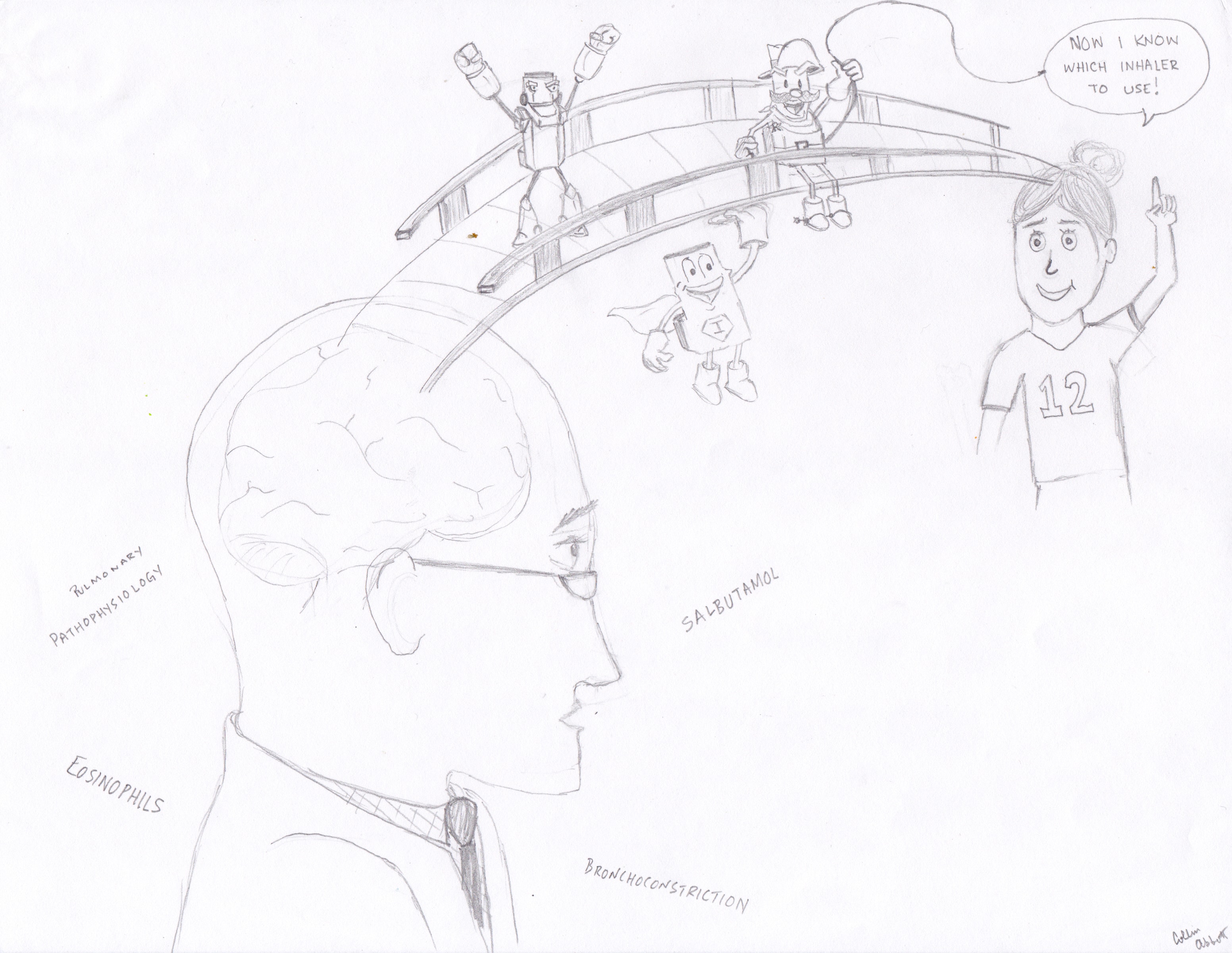