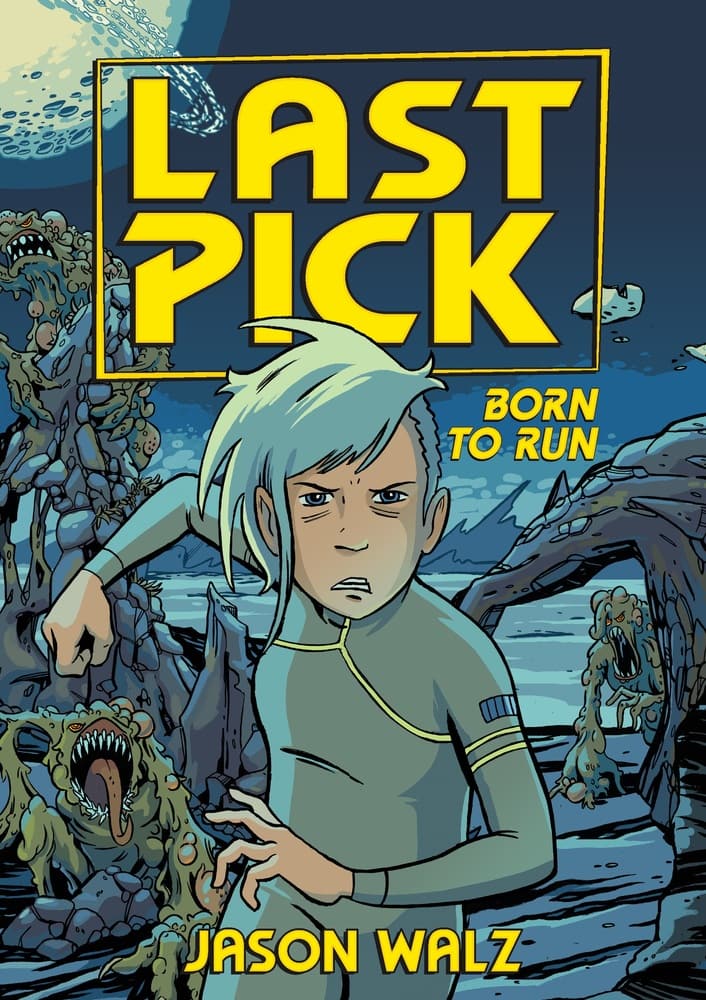 This graphic novel opens with a reminder from Wyatt, one of the main characters, about what happened in the first book: Aliens abducted all the humans except those who were “too old, too young, or had a disability.” Next we see a table of youth who used to be in the same special education class crushing psychotropic medication and plotting their strategy. As in the previous book, issues of disability, stigma, and communication are treated with beautiful sensitivity and specificity; symptoms, behaviors, and medications are described and depicted, enabling readers to see themselves in the characters’ experiences. The panels showing a group hug and how that hug impacts Wyatt on a sensory level is one of the greatest depictions I’ve seen; with just the two panels and the word “stop” the reader understands some of what Wyatt and others like him with sensory or tactile sensitivity experience. The story includes characters using sign language, in wheelchairs, and transcending the labels others have placed on them; for example, when we first meet Ben, he is holding his walking braces up as if in a fighting stance. Through his conversation with Wyatt, we learn that Ben’s Cerebral Palsy does not define him. Many of the characters come face-to-face with their lived reality of being dismissed or persecuted for difference—for being as one alien described it, “useless and broken.”

The book does not shy away from discussing topics of death, loss, difference, medical and mental health; the frank, matter-of-fact treatment can help to normalize discussing these issues and can work to reduce stigma. We also see the characters reframe their differences and lived experiences as strengths, which lead them to victory. The change in the trope of the hero who overcomes adversity to a team of people who triumph while living with their differences could be very empowering to people navigating the tricky world of human life. We do not have to fix, cure, or overcome the difficulties we face; we can go on living and growing with them.

Erin Partridge, PhD, ATR-BC is a board-certified, registered art therapist and researcher based in California. She is interested in the use of images to express our experiences and the use of images as a form of data.