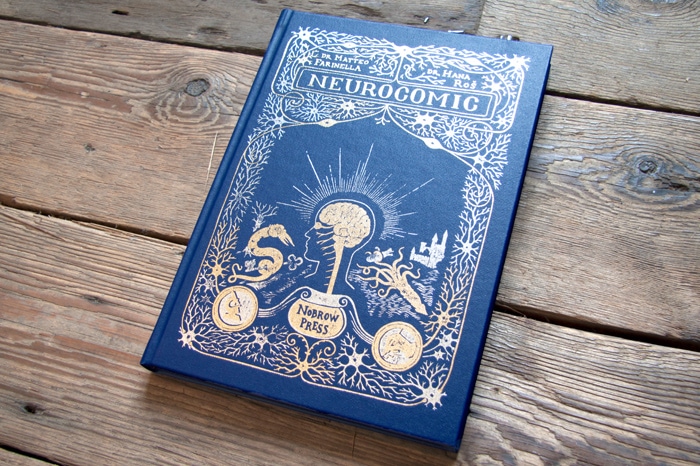 Neurocomic by Matteo Farinella and Hana Ros plays out like a tug-of-war between storytelling and a neuroscience lecture. Farinella and Ros chose to cover far too much ground in the realm of neuroscience and left themselves with not enough panels to explain the science or to tell a story.

Here are the points they won:

These are the points they missed:

Overall, Farinella and Ros made a well thought out effort at explaining the brain. However, they bit off much more than they could chew in 136 pages. It would be interesting to see what they can achieve in a serialized comic where they can take time to explore each neuroscience concept in detail.