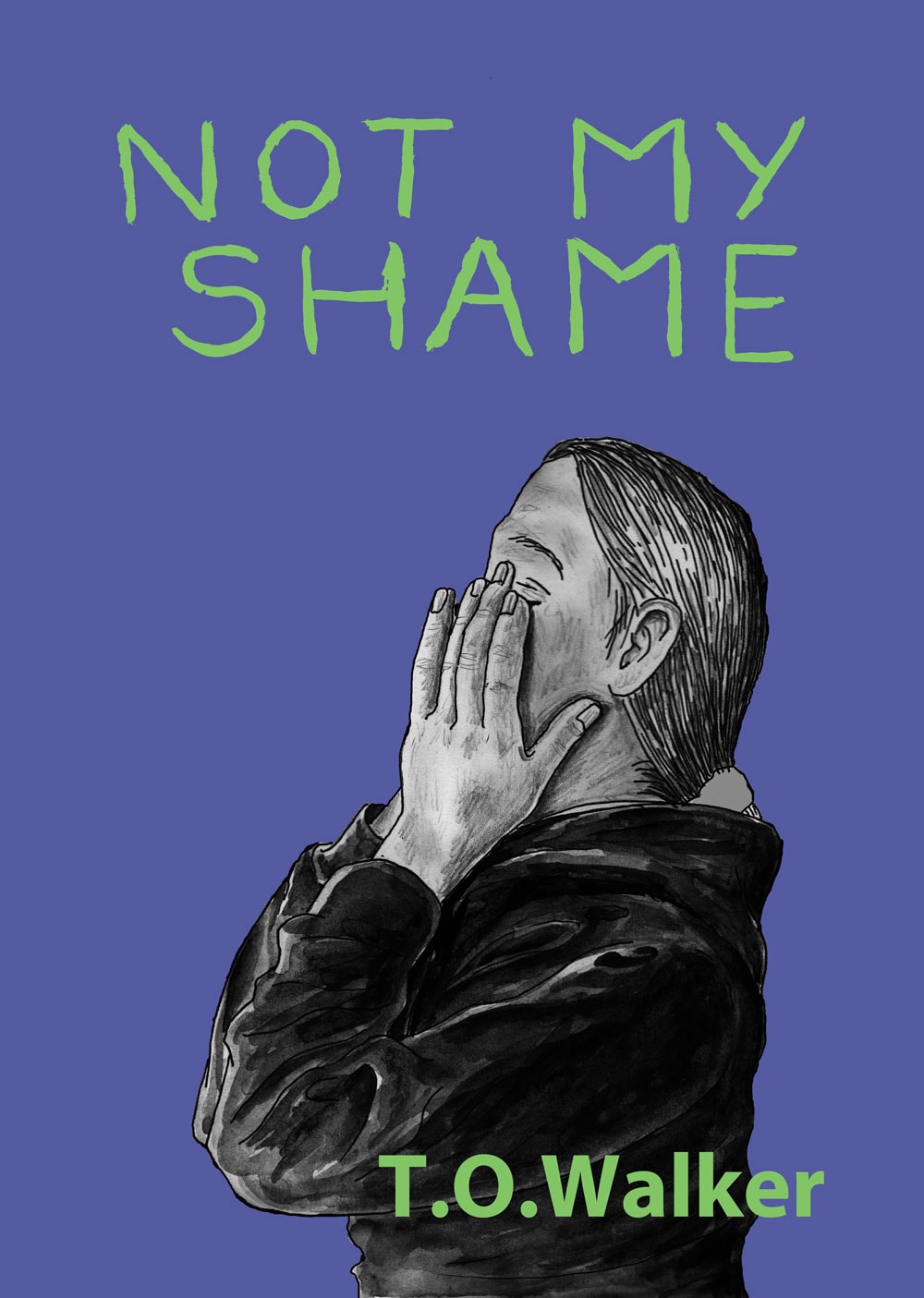 “There’s something really empowering about telling your own story”

So begins this powerful, mixed-media graphic tale. It is a phrase that encapsulates one of the principles of narrative medicine, and so graphic medicine, too. Many graphic stories deal with trauma; the ones I find most powerful tend to come from first hand experience, told in raw, unfiltered words and images. This is one such work. Hats off to Singing Dragon, purveyors of some excellent comics, for publishing this book, which challenges the misogyny and rape culture that seem to permeate our popular media and society.

Part visual diary, part interior monologue, the narrative is not straightforward. A mother is bringing up her child but plagued by intrusive thoughts and flashbacks of the abuse she suffered when younger. The panel sequence flips from present day to memory to internal dialogue, with sudden traumatic images popping up and causing confused, turbulent feelings of terror, shame, disgust and horror. The protagonist resorts to alcohol and self-harm in order to disconnect from her agony.

This is what Arthur Frank, in The Wounded Storyteller,  would call a chaos narrative: a story as yet unformed; a non-linear jumble of repeated phrases and images which tumble over each other. We get the gist of what has happened, but not the timeline, or the exact details. We gather that the woman was groomed whilst still in school, and molested by multiple men, while teachers, police and social services did little to halt the abuse. Indeed, her pleas for help were treated as time-wasting, and the general consensus from the authorities was that she somehow had only her self to blame.

I have to admit that on first reading I baulked slightly at the repetition of identical frames within the narrative (traditionally something of a no-no in comics, unless used as a stylistic device), but on further consideration, maybe this is the perfect representation of the constant intrusive thoughts – the same scenes endlessly replayed – that is a feature of post-traumatic stress disorder.

Walker is not affraid to raise questions of ethnicity and culture: it is apparent that some of her abusers are Asian men, and, it seems, that the protagonist is judged by her female Muslim classmates, not that they are immune to abuse, themselves. “Victims come from all races, perpetrators come from all races”. Far-right racist protests against ‘grooming gangs’ effectively silence victims and shifts the spotlight away from the real issue of sexual violence. Shocking figures are quoted in the text: 31% of women aged 18-24 report having experienced sexual abuse in childhood (NSPCC 2011), whilst only 15% of women who have experienced sexual violence decide to report it to the police.

This powerful graphic story, which could be valuable for professionals and survivors alike, is important in showing how victimisation and sexual abuse prevent the fulfilment of the most basic human needs. It exposes the rape culture and victim-blaming that seems endemic in the media and the professionals who misread and misunderstand the power structures in play. It is, in itself, a cry of hope: this story, most likely played out in many lives, needs to be told.