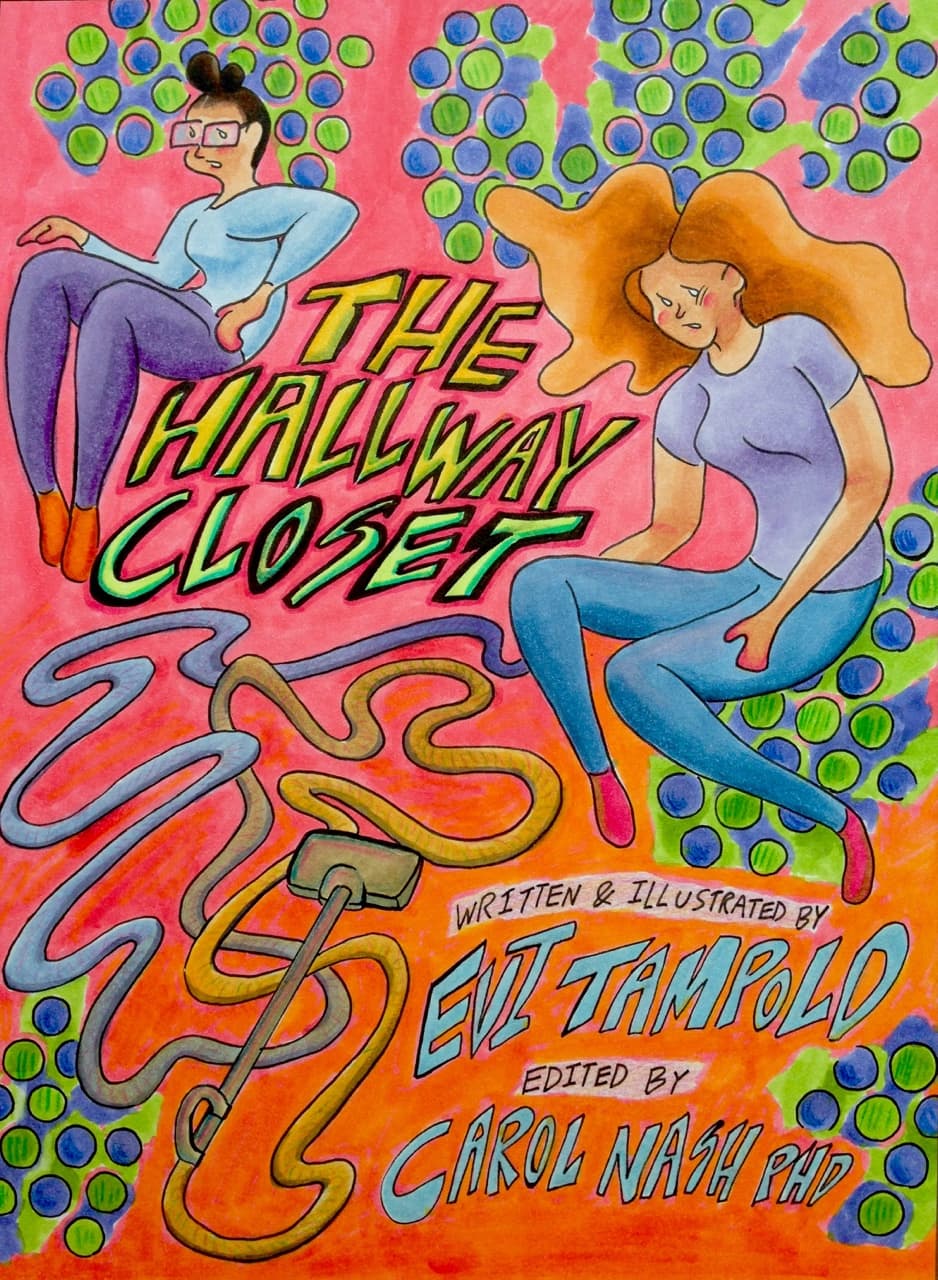 Sixteen-year-old Evi Tampold, a Toronto-based cartoonist, created this wonderful work for the 2015 Comics & Medicine conference, which was themed “Spaces of Care.” Evi presented this comic at the conference with her mom and editor, educator Carol Nash.

The Hallway Closet literally refers to a closet in her house where Evi would go as a child when her ADHD felt out of her control. Her mother Carol would stand outside the closet until Evi said calmly that she was ready to come out. Though she became very tearful as a 16-year-old recalling her childhood time in the closet, Evi also cites it as a helpful tool in learning self-control. In addition, Evie credits what she learned in that closet as enabling her to create this wonderful comic. The artwork is clean, creative, and engaging. Though containing some elements that might be difficult to convey both verbally and visually, Evi’s skill as a cartoonist is apparent in this work.

Evi’s ultimate message in The Hallway Closet seems to be gratitude, not just for her time in the closet, but also for her family’s patience with her ADHD. A wonderful and inspiring read that I hope will be helpful to parents and kids with ADHD.

In only about two months, I’ve created and published a 25 page graphic novel! Crazy right?! And the reason I was in such a rush, with no time for blogging, was because I needed to make it in time for the “Comics And Medicine” conference in Riverside California, where I would give a presentation about my book! Learning about the conference is what actually inspired me to write this book in the first place. Since the theme was spaces of care, I tried thinking of what I could write about that had to do with health, and I decided I would write about my condition with ADHD, and how I was ultimately able to control my ADHD by developing the ability of self control over the years through the help of the partnership I had, and still have, with my mother. It was a huge success at the conference! I couldn’t be happier with the results of this project.