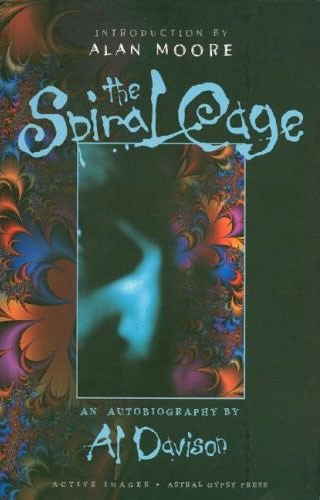 Al Davison was born with spina bifida. his parents were told he wouldn’t live. Then, when he did, they were told that he would never walk. He taught himself to walk aged five and attended a “normal” school, where he was called “spaka” by his classmates. Al became an artist and illustrator. Although he can walk on his “scarecrow” legs, he still suffers considerably. He endured countless operations as a child and bouts of ME as an adult. He took up karate, which came in handy on several occasions when he was the victim of unprovoked attacks by bullies and thugs. His absolute refusal to accept his “disability”, or cowtow to societies low expectation of him is at the core of this inspiring book. The story is really composed of autobiographical snapshots from his life, together with philosophical snipets from –buddhism, which he practices daily. What, I feel, is so engaging is Al’s relentless optimism, his honesty and his warmth for his friends, family and for the health professionals with whom he comes into contact.

The artwork is in black and white, varying in style from quick scratchy sketches to dark meticulous chiaroscuro drawings. The narrative jumps back and forth; it is not the most homogenous or coherent of works, but this fragmented format perhaps reflects Davisons feelings, and it adds to the overall power of the book. The foreword is by Alan Moore, whom Davison approached at a comics conference with the preliminary drawings for the spiral cage. he was obviously very impressed.This book raises so many questions about attitudes to disability without posing them in text. it deserves several re-readings.