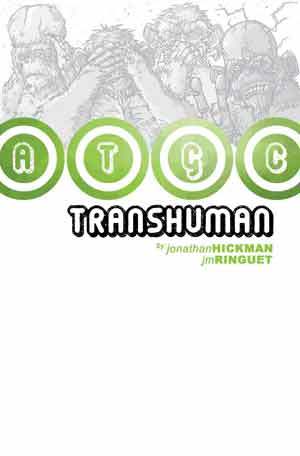 I can’t really recommend this as having anything profound to say about medicine. I saw it in a comics shop in Philladelphia and the theme interested me but its a fairly lightweight “mockumentary” about the future of human improvement through genetic engineering and cybernetics. Its about greed and the ruthless ways that rival companies war with each other in an attempt to make money for venture capitalists. Chimeracorp is making modified monkeys which break out and start killing people so, partly to catch them,  they start trying to create super-heroes by genetic modification, with predictably variable results. Meanwhile rival splinter company Humonics is developing a robotic replacement hand that is also a can opener, giving them away free (fitting them in place of peoples natural hands) and then charging sky hgh prices for the upgrades. It’s pretty unsubtle stuff, but the art is distinctive.

The back cover features an exerpt from the damning mock foreword by Dr Anton Rebere of the Institute for Integrative Genomics at Princeton University, who is also a character in the book. He slates the book. I believed it possible that he was actually a real person- long enough to Google him.