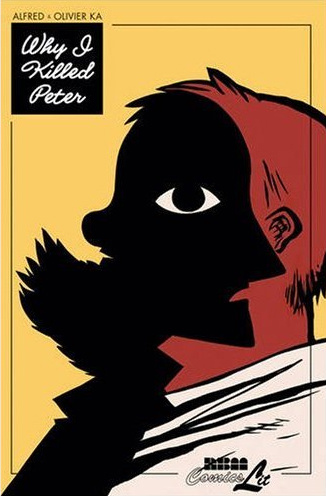 When Olivier is twelve years old, he is sexually abused by Peter, a liberal Catholic priest, a friend of his parents and grandparents who supervises a children’s camp. He tries to rationalise what has happened, but doesn’t disclose the abuse for many years. The event has emotionally scarred him and Olivier develops mental health problems and a chronic need to psychologically exorcise the abuse.

He writes the story down and his friend, the comics artist Alfred, agrees to turn it into a strip. Hearing that Peter is dead, they decide to revisit the scene of the abuse, the children’s camp, twenty three years after the event. On their approach they see a shrunken old figure coming to greet them, and so come face to face with the still animated Peter.

The story is focalised through the adult Olivier who, narrating the story in the present tense, analyses the actions of his childhood self and the behaviour of his abuser. He loves Peter, a big smiley, friendly guy, and is naive to the priests grooming of him. The sexual act is brief and non violent, never to be repeated, yet something has been profoundly damaged in the mind of the author’s younger self.

The art is lovely- loose brushwork lines with flat colours by Henri Meunier. A six panel grid. The book uses video stills and altered photography too and, despite the distressing content, the book is a lovely object.