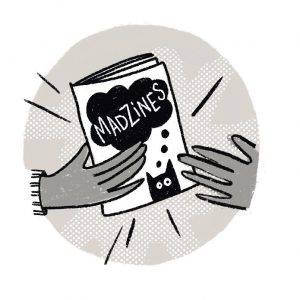 The MadZines research project is exploring how zines craft contention about mental health knowledge and practice. One of the purposes of the project is to explore the potential of zines to foster dialogue about contested issues in mental health. As part of this, the project team are having a series of dialogues with Mad-Zinesters (people who create and share zines about madness and distress).

In the following extract from one of these conversations, Helen Spandler (HS) talks to Meg-John Barker (MJB) about how the comic graphics in their zines ‘craft contention’ about mental health.

HS: Can you remember how you went about making your first zine?

MJB:  I can. It was back in 2014 or so. I was part of a network, which you’re also engaged with, of Buddhists and mindfulness practitioners who are critical of the ways in which mainstream mindfulness is often co-opted by capitalist systems and doesn’t engage with the social aspects of mental health. I wanted to explore what a more ‘social mindfulness’ might look like.

I wrote a zine by that name in which I worked through how we might understand suffering as operating on multiple levels of experience (cultural, systemic, relational, and internal). So when we are ‘mindful’ it might involve being aware of those other ways in which suffering is exacerbated, as well as just that sense of how we exacerbate it with our own internal thought processes. The second half of the zine is open, like a workbook, encouraging people to incorporate this into their meditation – or other – practices, and make their own notes about how it works for them.

Since then my zines have become more integrated – words and pictures. This one was a bit more like a series of short blog posts, plus comic illustrations to go with each one. I hadn’t got creative with the format at that point. I was still making that move from more conventional forms of writing to zineing.

HS: Oh yes, I remember you talking about that zine at a social mindfulness event. I loved the way it illustrated the two-way dynamic between our internal and external worlds. Rather than just seeing ourselves as either internalising social norms or externalising our feelings, it’s like understanding that whilst we may be implicated in our own suffering, it’s usually through no fault of our own. These ideas can be hard to get our heads around, so it’s helpful to have a zine which distils this into something useful and meaningful to people’s everyday lives. I think the diagram really helped with that. It’s hard to show complex dynamics through text. 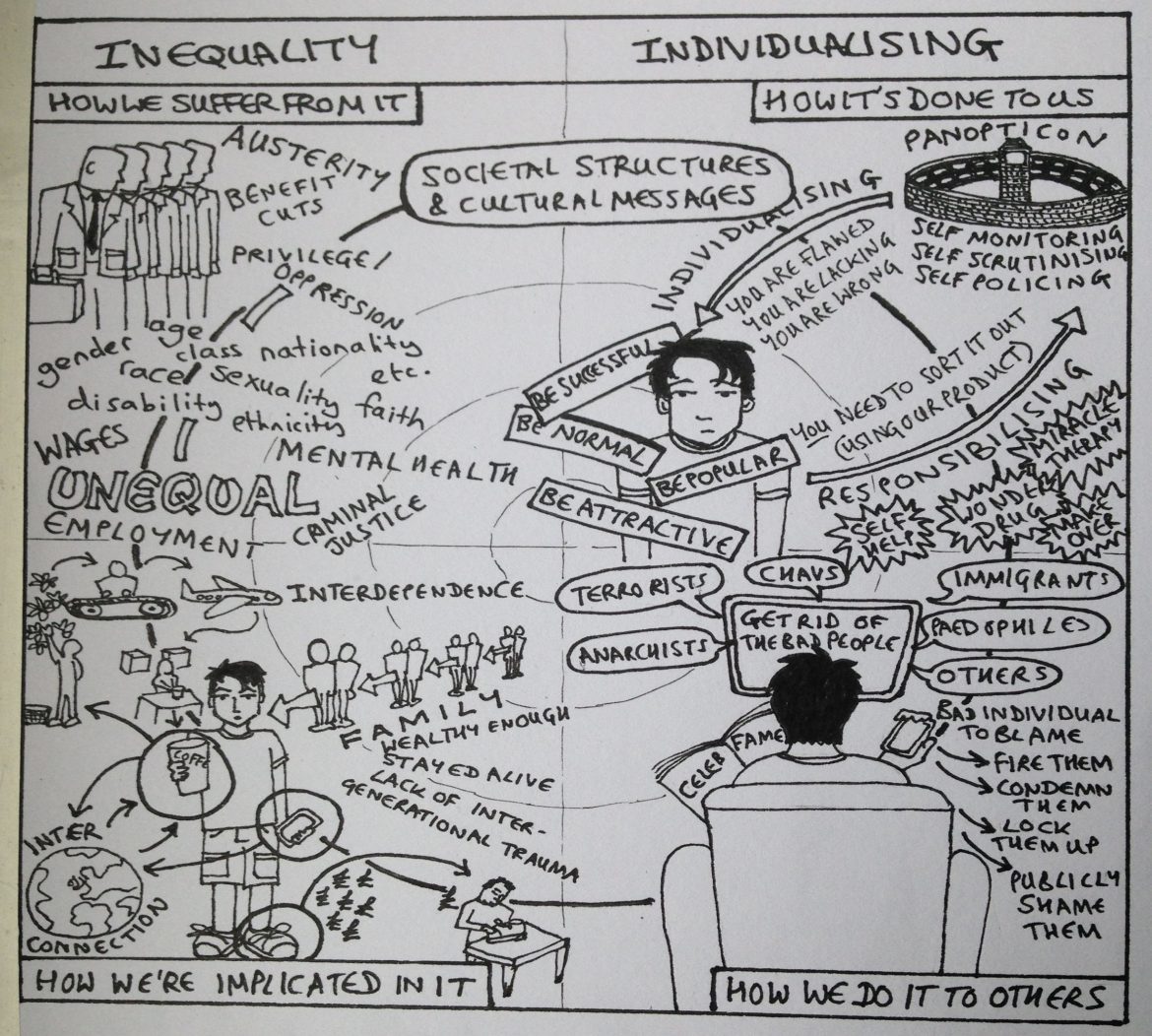 HS: What do you think zines can do that other outputs don’t or can’t?

MJB: The kind of zines I make aim to capture – often complex – ideas quite simply; really paring them back to the main points, in words and pictures, in a way that is easily accessible. A reader can take it all in in half an hour or so, and then perhaps return to really reflect on each page – trying things out or experimenting with how it works for them.

There’s something in there about ‘a picture is worth a thousand words’. The combination of a few words and images can convey a lot in just a single page. And the picture can bring it to life somehow, in a way that words can struggle to. I’m thinking of the self-care zine where I have multiple characters’ faces explaining the different things self-care enables for them – in relation to oppression and privilege. Or the chalkboard comic where I metaphorically convey the horror of the ‘fawn’ trauma response, where you’re constantly hypervigilantly monitoring and trying to figure out how to please people, despite contradictory messages about how to do so. The image was of a small child in this huge room full of chalkboards and precarious ladders, having to constantly try to solve multiple impossible equations. 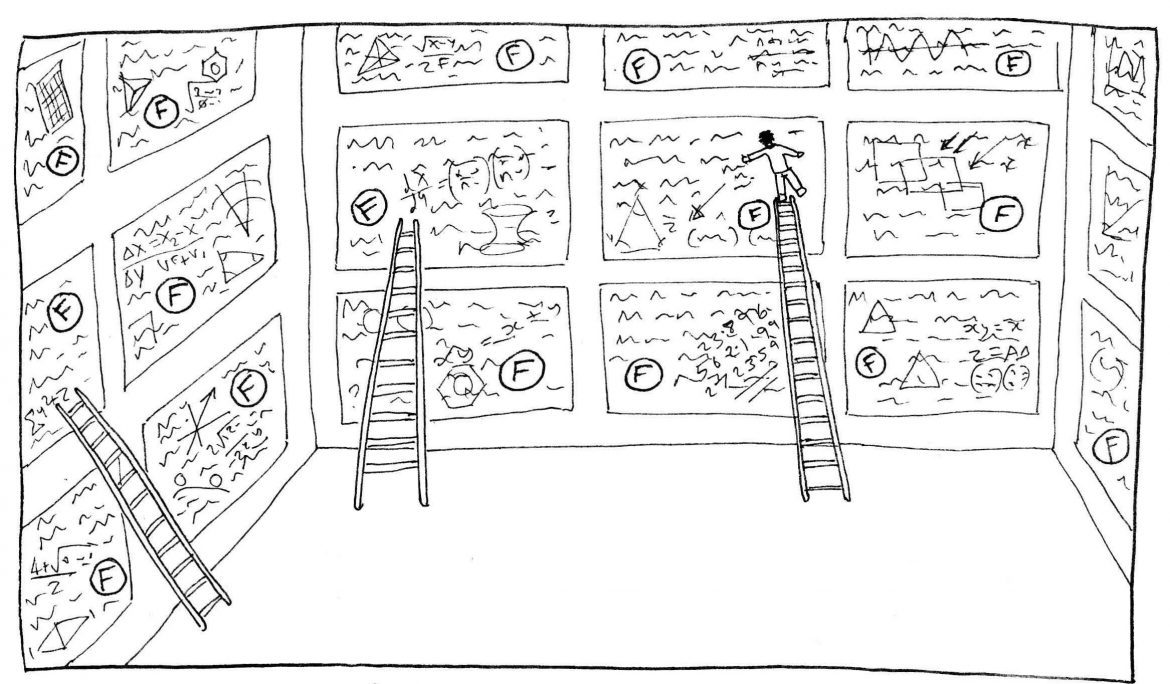 HS: Yeah that’s a pretty powerful image, that sense of feeling really small and overwhelmed by mixed messages. It’s one thing “knowing” that these messages might be harmful. It’s quite another to feel them as being oppressive and to feel moved by that. I think images really help with that, in ways that text often doesn’t. I loved it when one part of yourself breaks into the frame to rescue the other part from all these confusing mixed messages. Reminds me of the idea of being the person our younger self needed us to be. The comic style really facilitates that kind of stuff visually which can be more powerful, cos you can more quickly conjure the image up. 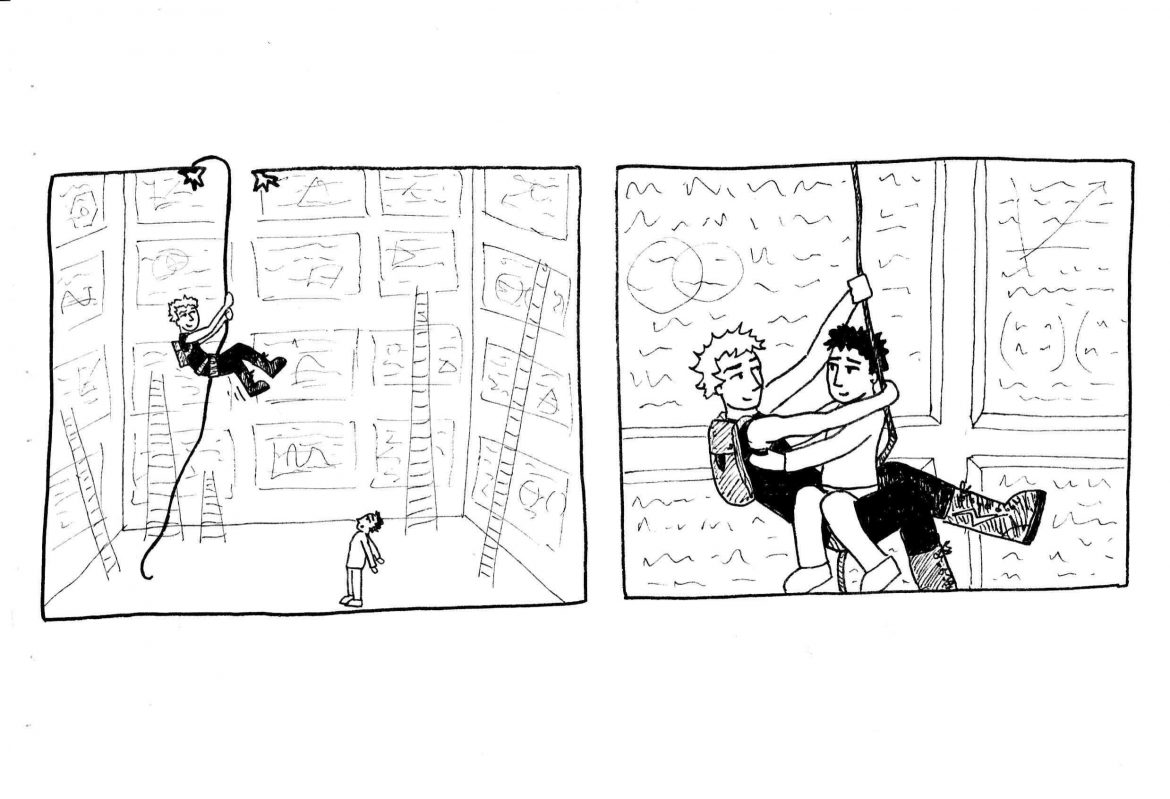 MJB: Oh I love playing with the comic format in that way – having characters break through the frames, or increasing the frame size to get that overwhelming sense of the huge chalkboard room.

What about you? What would you say that zines do that other formats cannot?

HS: In the MadZines project, we’re trying to explore this question via our own experience of zines – receiving them, being with them, as well as creating and sharing them. I guess it’s something about getting under your skin, getting to the heart of something in a more direct and personal way. The fact they often feel rough, imperfect and unfinished seems really important. Paula Cameron has referred to this as “seamfulness” – that zines often have their seams showing. This is so different from academic pieces which can feel up quite soul-less (or seam-less). Of course, there are many honourable exceptions to this, but I think it’s something about zines, perzines anyway, having their heart on their sleeves. I also love all the extra stuff that often comes with them, like personal notes, which feels very intimate, relatable and connecting. This feels very important right now, especially with all the Covid restrictions, and the huge amounts of time we’re spending on-line.

MJB: Yes, that real-ness is so vital isn’t it?  I relate to that experience of academia. I’m also thinking about this from a mental health perspective. I’m really with the trauma literature about how we all learn to ‘cover over’ with survival strategies, and the tender process of letting those go for something more real which is also much more vulnerable. I love the idea that zines reflect something more like that.

The MadZines research team are exploring these, and many other issues. You can follow their progress on their MadZines blogsite:

Helen Spandler is Professor of mental health at the University and Central Lancashire and Editor of Asylum: the radical mental health magazine. Helen contributed a chapter to the Pathographics book about single panel cartoons as a form of psychiatric contention. 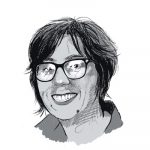 Meg-John Barker is a freelance writer, trainer and mentor. They have authored many books about mental health, sex and gender, including graphic guides to Queer History; Gender and Sexuality as well as many other comic books and zines. 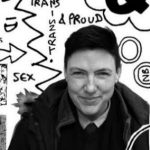