THIS PAGE IS BEING UPDATED 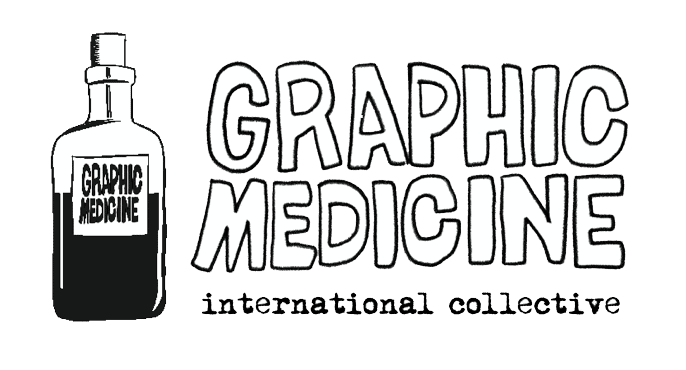 2021 Current Board of Directors 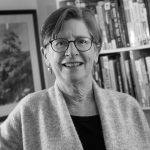 Susan is Brill Professor Emerita of Women’s, Gender, and Sexuality Studies and English at Pennsylvania State University. From 2016-2021, she served as Einstein Visiting Fellow, Freie Universität, Berlin, and was part of the PathoGraphics Project, examining the relationship between illness narratives and works of graphic medicine. Squier’s many books include PathoGraphics: Narrative, Aesthetics, Contention, Community (2020), Epigenetic Landscapes: Drawing as Metaphor (2017), Graphic Medicine Manifesto (2015), Liminal Lives: Imagining the Human at the Frontiers of Biomedicine (2004), Babies in Bottles: Twentieth- Century Visions of Reproductive Technology, and Poultry Science, Chicken Culture: A Partial Alphabet (2011). She has been scholar in residence at the Max Planck Institute for the History of Science, Berlin; the Zentrum für Literatur-und Kulturforschung, Berlin; The Bellagio Study and Conference Center, Italy; Visiting Distinguished Fellow, LaTrobe University, Melbourne, Australia; and Fulbright Senior Research Scholar, Melbourne, Australia. She serves on the editorial boards of Configurations, Literature and Medicine, Journal of Medical Humanities, and Reproductive Biomedicine Online. Her co-edited special issue of Configurations, “Graphic Medicine,” was published by Johns Hopkins University Press in 2014. She is a founding member of the Graphic Medicine International Collective and she co-edits the Graphic Medicine book series at Penn State University Press. http://susanmerrillsquier.com, @susansquier 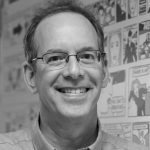 Michael is a physician and bioethicist, and a professor in the Departments of Humanities and Medicine at Penn State College of Medicine. He has been interested in comics (and all forms of visual arts) since childhood, and created a first-of-its-kind course on Comics and Medicine for medical students (students’ comics can be viewed here). As a physician, he cares for patients, teaches medical students, and is an NIH-funded researcher in the area of end-of-life decision-making and advance care planning. He is co-author of the Graphic Medicine Manifesto and published several landmark articles on Graphic Medicine including “Missed It,” the first comic to be featured in a mainstream medical journal. These days, he is the standing guest editor of the Graphic Medicine section of the Annals of Internal Medicine, and has authored several of his own comics. His professional profile can be viewed here and he can be found on Instagram @mjg15. 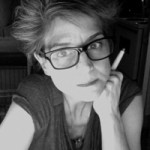 Shelley is a medical artist and an assistant professor in the Biomedical Communications graduate program at the University of Toronto, where students are trained in medical and scientific illustration and animation for a wide variety of audiences. Shelley also conducts and supervises research into the design, creation, and evaluation of visual media in medical and scientific contexts. Her interest in graphic medicine arises from two sources, which quickly merge into a single stream. The first is professional: medical illustration is a form of visual storytelling; it combines image & text, research & experience, time & space, language & line (and, and, and…) to convey complex messages, and so the affinity with comics seemed obvious, but not simple. The second is personal, and arose when it seemed that the only medium flexible enough to convey my individual experience with illness, caregiving, and the healthcare system was the graphic novel. In the same way that comics bring together image and text, drama and reflection, and humour and pathos, the study of comics seems to permit the symbiosis of academic and personal, of theory and raw experience, in a way that many other disciplines do not. Shelley had the privilege of co-organizing the third annual Comics & Medicine conference at the University of Toronto in July 2012. She teaches a graduate elective course in Comics & Medicine, and, as illustrator-in-residence in the Health, Arts, and Humanities Program in the Faculty of Medicine, University of Toronto, she is developing a curricular component on comics and medicine for the Faculty’s undergraduate medical training. 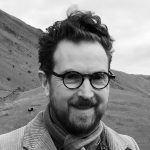 Ian Williams, Founder of GraphicMedicine.org and founding board member

Dr Ian Williams is a comics artist, writer and doctor who lives in Brighton. His graphic novel, The Bad Doctor, was published in 2014 and followed up in 2019 by The Lady Doctor. Both were critically acclaimed and he is working on his third, for the same publishers, provisionally entitled The Sick Doctor, which will be published in 2022. He studied Fine Art after medical school and then became involved in the Medical Humanities movement. He named the area of study called Graphic Medicine, building this website in 2007, which he currently co-edits. He is Founder of the not-for-profit Graphic Medicine International Collective and co-author of the Eisner-nominated Graphic Medicine Manifesto. He has been the recipient of several grants has contributed to numerous medical, humanities, and comics publications, and has sat on the board of a number of arts and humanities organisations. Between May 2015 and January 2017 he drew a weekly comic strip, Sick Notes, for The Guardian. He recently made an animation with Matilda Tristram for The Care Under Pressure project from Exeter University. He has spoken at numerous medical humanities, comic art and literary events. Ian is represented by Kirsty McLachlan of Morgan Green Creatives. He tweets and is on instagram as @thebaddr 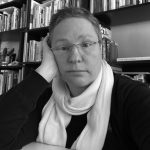 MK Czerwiec, RN, MA is a nurse, cartoonist, and educator. She is the creator of Taking Turns: Stories from HIV/AIDS Care Unit 371 (Penn State University Press, 2017), a co-author of Graphic Medicine Manifesto (PSU Press, 2014) and editor of Menopause: A Comic Treatment (Penn State University Press, 2020). MK is also the comics editor for the journal Literature & Medicine. She co-manages the website, podcast, annual conferences, and online community of GraphicMedicine.org. MK regularly teaches graphic medicine at Northwestern Medical School, the School of the Art Institute of Chicago, the University of Illinois Medical School, the University of Chicago, and guest lectures internationally. She is an Artist-in-Residence at Northwestern’s Center for Medical Humanities and Bioethics. She has served as a Senior Fellow of the George Washington School of Nursing Center for Health Policy and Media Engagement, and a Will Eisner Fellow in Applied Cartooning at the Center for Cartoon Studies in White River Junction, VT. www.comicnurse.com, @comicnurse 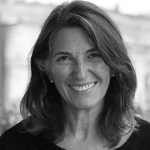 Dana Walrath, a writer, artist, and medical anthropologist, likes to cross borders and disciplines with her work. After years of using stories and art to teach medical students at University of Vermont’s College of Medicine, she spent 2012-2013 as a Fulbright Scholar in Armenia completing Like Water on Stone (2014), her award-winning verse novel about the Armenian genocide. Her graphic memoir, Aliceheimer’s (2016) about life with her mother, Alice and dementia, was featured in the New York Times, the Los Angeles Review of Books, and on National Public Radio. Passionate about the power of comics and art for social change, her interactive installation, “The Book of Genocides” uses artists books drawn into and redacted from the surface of a mid-twentieth century zoology text to unite all genocides across space and time, to show its ongoing presence, to heal from it, and to end it. Her illustrated essays, comics, and commentary have appeared in The Lancet, Irish Times, Slate, Somatosphere, Foreign Policy, and on Public Radio. She has shown her artwork and spoken extensively about the healing power of stories throughout North America and Eurasia including two TEDx talks. A Senior Atlantic Fellow for Brain Health Equity, at the Global Brain Health Institute of Trinity College Dublin | University of California San Francisco, she is currently composing a second Aliceheimer’s book titled, Between Alice and the Eagle, that blends memoir with anthropological discourse on the end of life, stigma, gender, labor flows, and dementia across the globe. She has just completed the libretto for the opera version of Aliceheimer’s with support from the Vermont Arts Council and National Endowment of the Arts. With work spanning the entire life cycle, other recent projects include the picture book I Am a Bird (2018) and a contribution to Menopause: A Comic Treatment (2020) a New York Times Best Graphic Novel of 2020. You can visit her at www.danawalrath.com 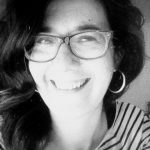 Ebru Ustundag is a critical feminist geographer interested in intersections of health/care and social justice. She is an Associate Professor of Geography at Brock University  and a graduate faculty member in the interdisciplinary Social Justice and Equity Studies MA program. She is also the co-editor of the journal, ACME: International Journal of Critical Geographies. Ebru has been have been an active member of the Canadian Association of Health Humanities Advisory Committee for the past 3 years. @nomadic_ebru 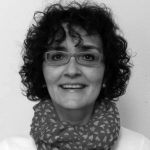