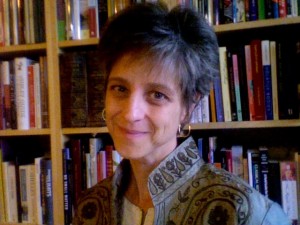 WHO I AM: Shelley Wall

WHAT I DO: I’m a medical illustrator and an assistant professor in the Biomedical Communications graduate program at the University of Toronto (UofT). I teach aspects of medical illustration and writing for healthcare, with a focus on patient education, visual narrative, and gender & health. This year I was inaugural illustrator-in-residence in UofT’s Faculty of Medicine.

MY CONNECTION TO GRAPHIC MEDICINE: My first foray into comics was a few years ago, when I began work on some panels about living with someone who is living with Parkinson’s disease.

As I worked, I discovered that a form of reflective research was embedded in the work itself: the creative work of illustration and storytelling alternated with reflection on the visual grammar of comics and the analysis of how our individual story of illness and caregiving might be represented in such a way that it would reflect larger ideas about the roles of caregiver and patient. I was lucky enough to present that work-in-progress at the Chicago Comics & Medicine conference in 2011, and was bowled over by the eclectic, stimulating, friendly mix of people I met there. Since then, I’ve also collaborated with Mike Sappol of the National Library of Medicine on a medical memoir in comic form, to be published in Health and Humanities Reader: A Textbook for the Medical/Health Humanities, edited by Therese Jones.

The Chicago conference was my road-to-Damascus moment. I ended up joining the organizing committee, and was local point-person for last year’s Comics & Medicine conference in Toronto.

HOW I USE GRAPHIC MEDICINE IN MY WORK: For the past two years I’ve offered an elective course in graphic medicine for graduate students in the Biomedical Communications program. A couple of our students have also chosen to do their Master’s research projects in comic form (one about vaccination and immunology–told from the perspective of a virus and a bacterium who meet on a subway pole–and one about sexuality and teens with disabilities–still in early development), and I’ve been involved in supervising them.

During this past academic year, I led two experimental iterations of a graphic medicine seminar for undergraduate medical students; the seminar was a success, and will run again next year.

PROJECTS I’M WORKING ON NOW: The personal Parkinson’s comic continues, though slowly. Professionally, I’m in the early stages of a collaborative project that will use comics to tell the stories of children with disabilities and the families and healthcare providers who care for them.

PROJECTS BY OTHERS I’M EXCITED ABOUT RIGHT NOW: Last weekend I attended the Toronto Comic Arts Festival, a real feast. Among other things I found myself drawn to the many beautiful, wordless comics presented there. I’m reading Carol Tyler’s trilogy, You’ll Never Know, and am looking forward to the publication of graphic memoirs by Paula Knight and Ian Williams.

WHAT I’LL BE PRESENTING ON IN BRIGHTON: I’ll be looking at moments when the visual discourse of medical illustration and diagnostic imaging erupts within comics about the experience of illness. I’ll also be chairing a panel on “Research in Health Education”, and taking part in a discussion panel with some of my fellow organizers.

A FEW THINGS I’M LOOKING FORWARD TO AT THE 2013 BRIGHTON COMICS & MEDICINE CONFERENCE:  Where to begin? Above all, I’m looking forward to the people–to seeing old friends, and meeting new ones. And to coming away reeling with inspiration.