First up is An Nguyen with her paper, My Partner Has Depression: Japanese depictions of illness experiences in the day to day.

An Nguyen is a Ph.D. candidate in sociocultural anthropology at the University of Western Ontario. She is currently finishing her dissertation on Japanese youth street fashion subcultures and has an interest in the global flow of media and things and their interpretation across cultures. Describing her paper she writes,

Tenten Hosokawa depicts her husband’s descent into depression and the effect his illness has on their day to day life in the Japanese manga Tsure ga Utsu ni Narimashite. The comics deal with grim topics using wit and humour in an essay-like format. Considering the social stigma attached to clinical depression in Japan and the lack of widespread knowledge concerning diagnosis and resources for care, Hosokawa’s work reaches a wide audience, helping to spread awareness about a socially taboo topic. This paper will consider the effectiveness of her work and the potential for personal illness narratives to inform and teach. 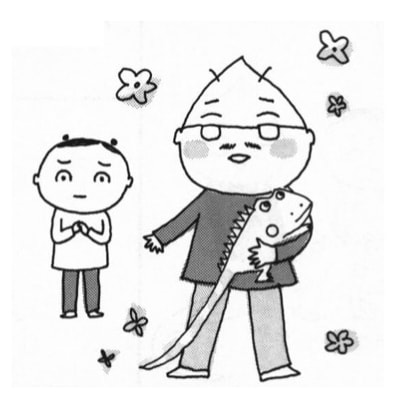 The second presenter is Catherine Duchastel, an M.A. student in the critical disability studies program at York University. Her research interests are disability representation in popular culture, participatory culture, activism, feminist ethics and distributive justice. She is interested in exploring the links between cultural representation, personal narrative, and political agency. Describing her paper, Re-signifying disability in popular culture: mental illness as magic realism narrative in Love and Rockets, she writes,

Depictions of mental illness in popular culture have tended to follow either a medical model of disability, where disability is reduced to a biological defect, or a charity model, where it is reduced to a personal tragedy deserving of our pity. The social model, on the other hand, that sees disability as contextual and a form of oppression to non-normative bodies and minds, has offered an alternative way for disabled people to conceive of their experiences. I will examine how the use of magic realism in the comic booksLove & Rockets challenge both these discourses while remaining empowering. 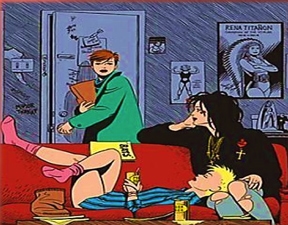 The final presenter on the panel is Neil Phillips. Neil is an Australian rural and remote community psychiatrist. He’s interested in Indigenous mental health and in the therapeutic and psychodynamic power of metaphor which serves well in therapeutic hypnosis. He’s been drawing since infancy, a cartoonist since high school in the sixties, and now he’s working on a Comic Memoir that is stirring his emotional pot. In describing his paper, The sequential art of the mind: Parallels between comics and therapeutic hypnosis, he writes,

Metaphor as a healing technique is as old as humanity. Metaphors are expressed in stories and emotional journeys in many ways. They can be spoken, written, drawn, danced or sung. Therapeutic metaphors usually involve a sequence of images and action creating a journey through the imagination to the healing powers of the brain. Comics make their metaphors through sequential images and apt words and their usefulness in medicine is now being recognised. Hypnosis can also heal and involves similar sequential images and meaningful stories. This paper presents an ultra-quick primer on therapeutic hypnosis and then presents three hypnosis cases with comic-like qualities. 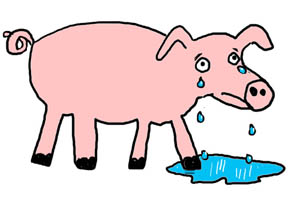