About five years into my career as an emergency doctor in the Boston area, I discovered a little known benefit of my practice group: sabbatical. With five years of service we had the option of taking some unpaid but protected time for, well, no one knew what it was for. After the nonstop spinny ride of medical school, residency and five years of practice, I jumped at the chance to do something, anything, for a month that wasn’t medicine. But what? Music lessons? Writing? I didn’t know.

But I had the kernel of a story kicking around in my head, a dream I’d had in which almost every person in the world was migrating to a single point on the globe. It might make a good…comic book? I don’t draw, but I could at least write it and then see where it led. Six years after that one-month writing sabbatical in my basement it has led to By the Time I Get to Dallas: an ER doc’s apocalypse comic. 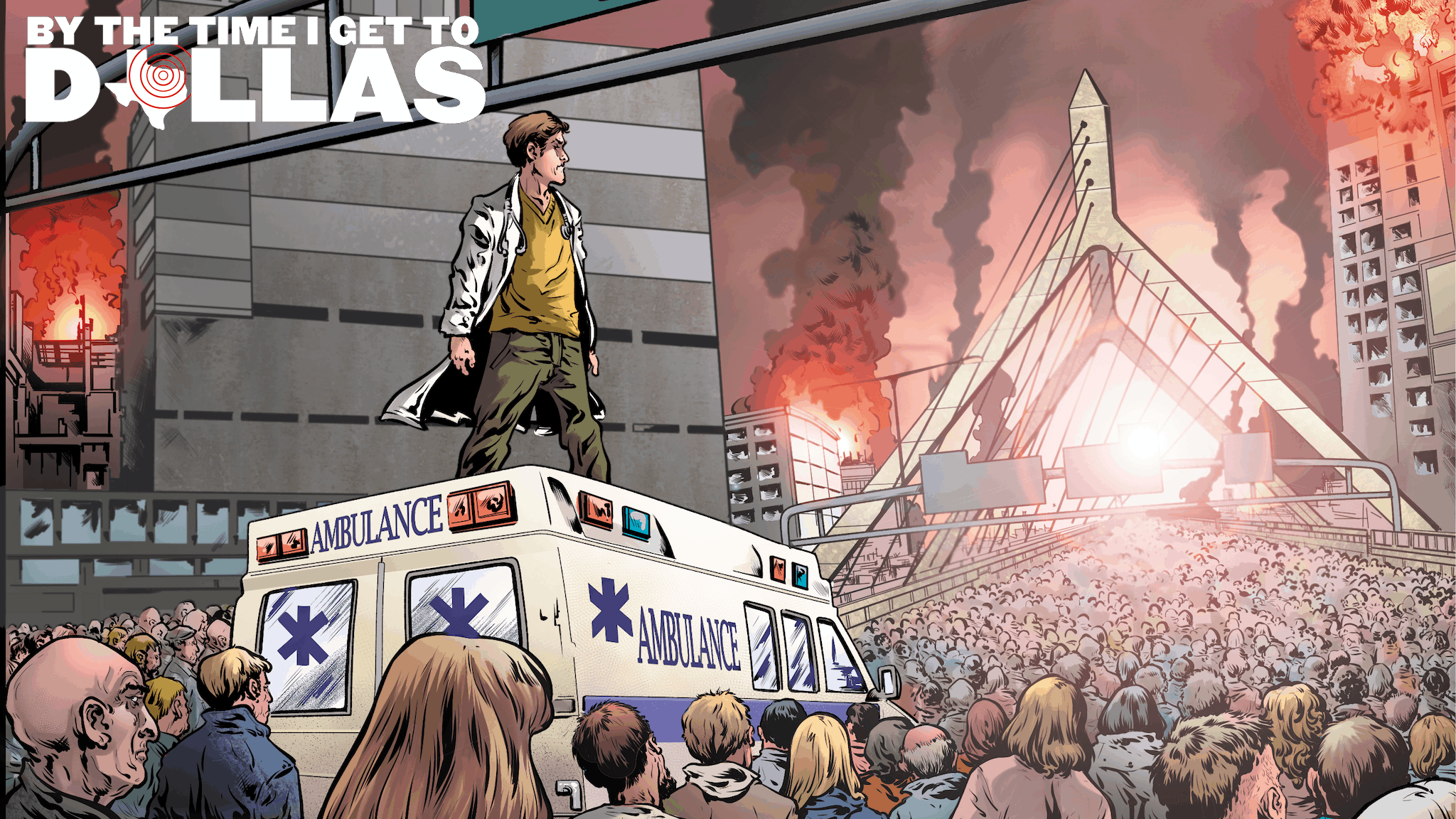 With 80% of homo sapiens migrating to one spot on the globe, a failing medical student must save, or maybe destroy, humanity.

My goal wasn’t to write about medicine. In fact I was trying to get away from medicine for a while. But I needed a protagonist with an arc, and I realized a flawed medical student who grows into a doctor as the world falls apart around him would be a something I could write about with authority. I could reflect on some of my experiences in medicine, the tiny poignant moments that stick with you at the end of shift, or the gut wrenching episodes that your pack deep away to deal with later, or maybe never. This book became a medical coming-of-age story wrapped in an epic, apocalyptic adventure.

Through the internet I teamed up with a talented group of artists scattered across the globe. I’ve never met them in person, but they have been patient with me as I learn the ropes of visual storytelling and creating a comic book. Together we have finished Book One of this five book series and are launching a campaign on Kickstarter for printing. Here is a preview of the 32-page book: 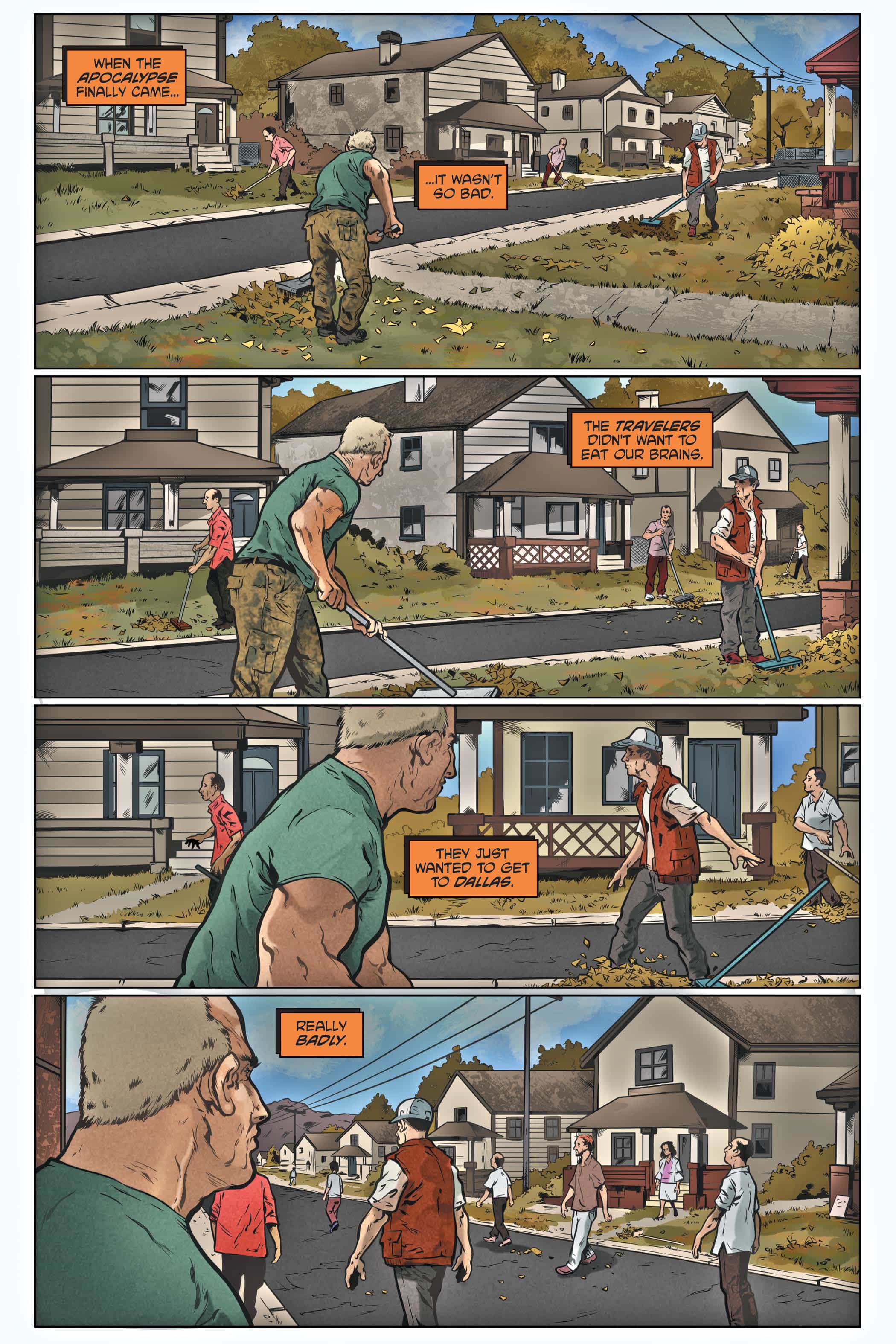 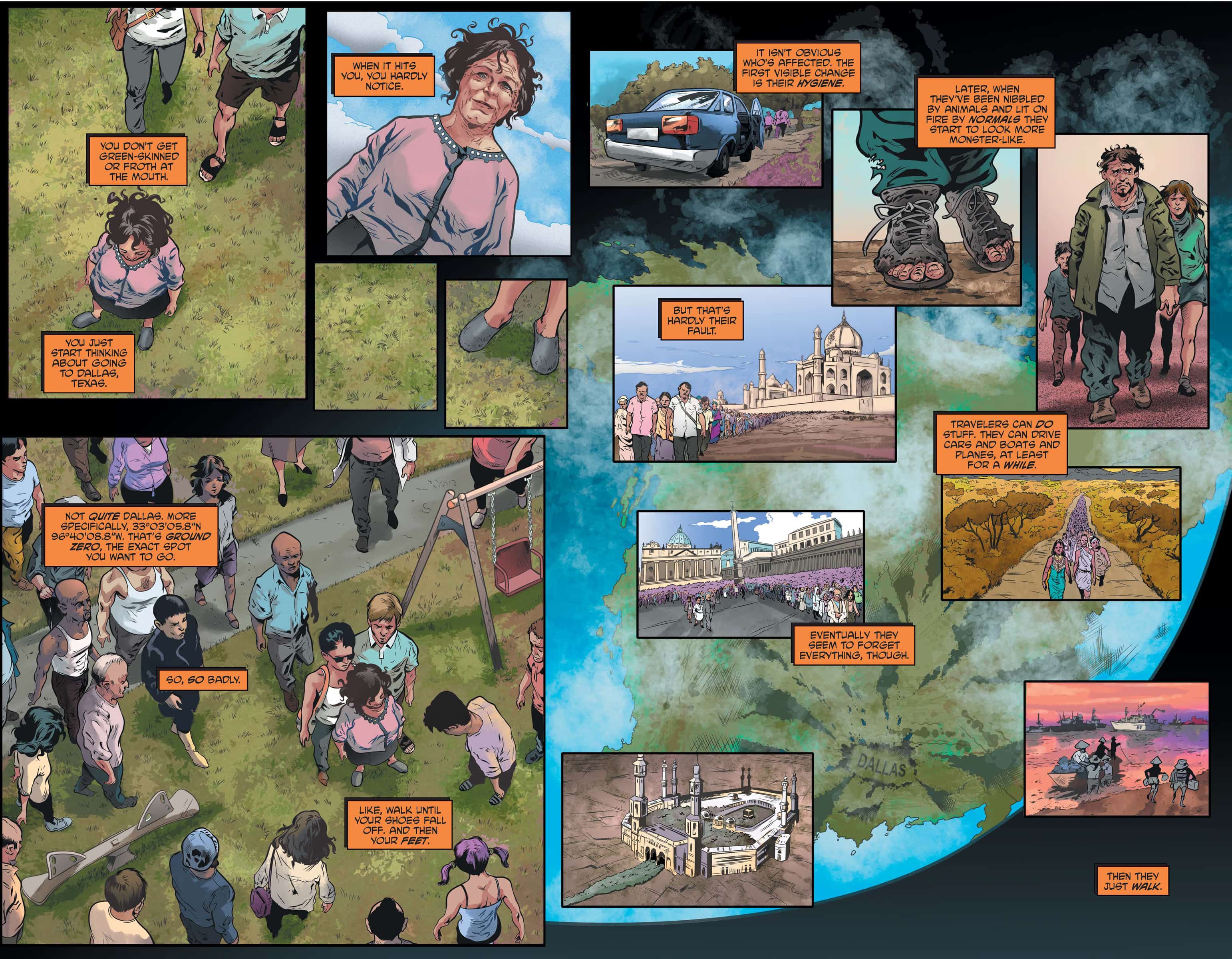 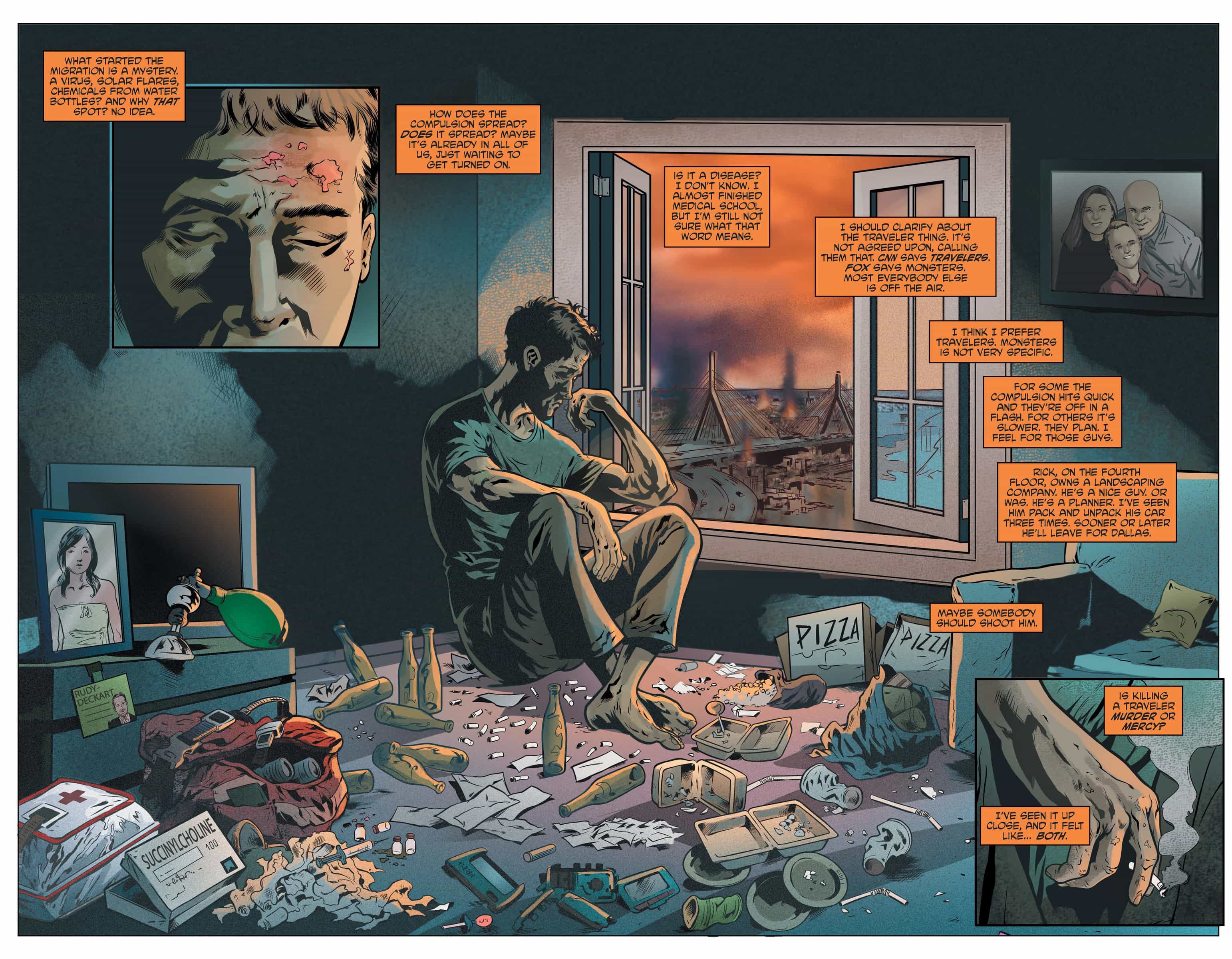 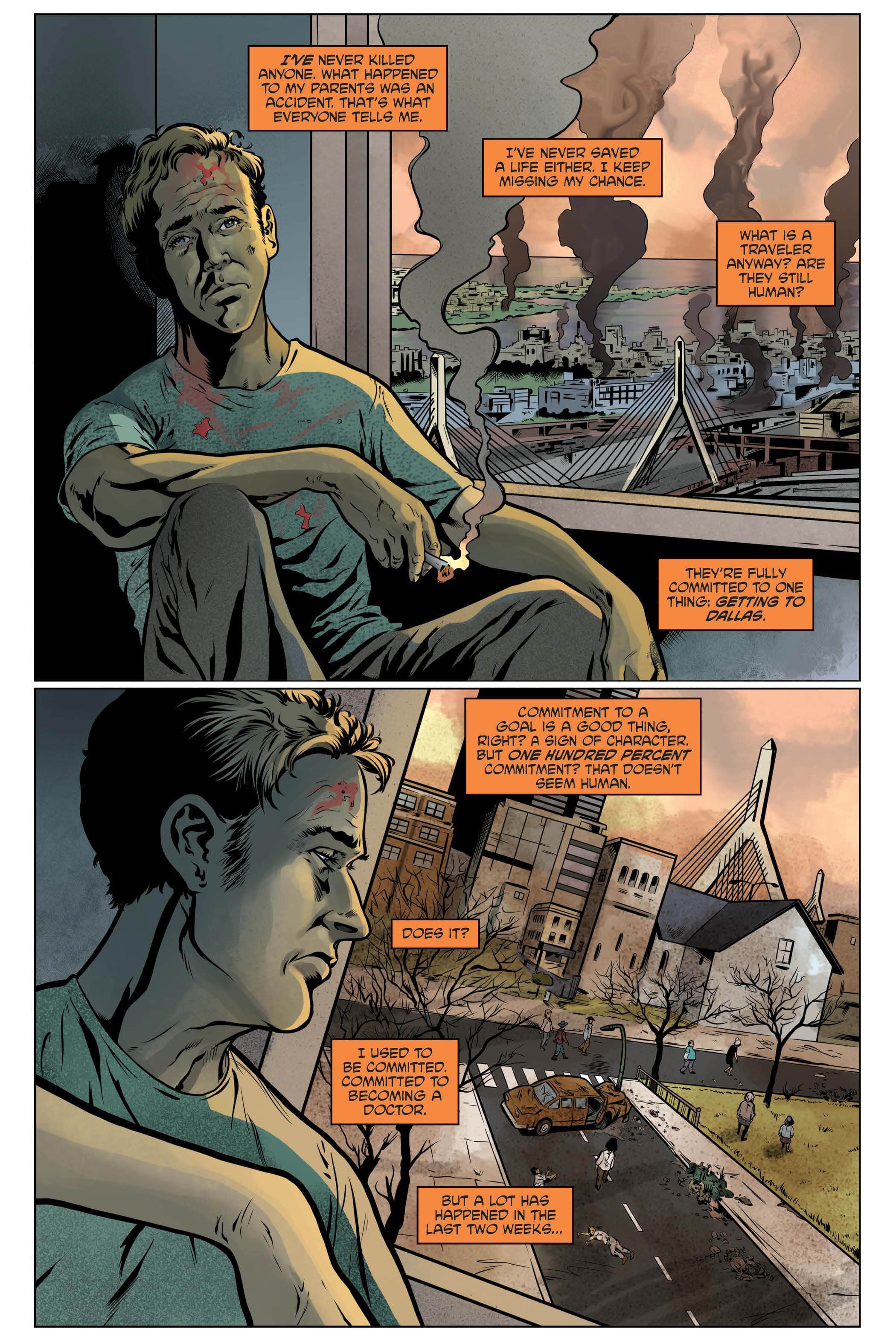 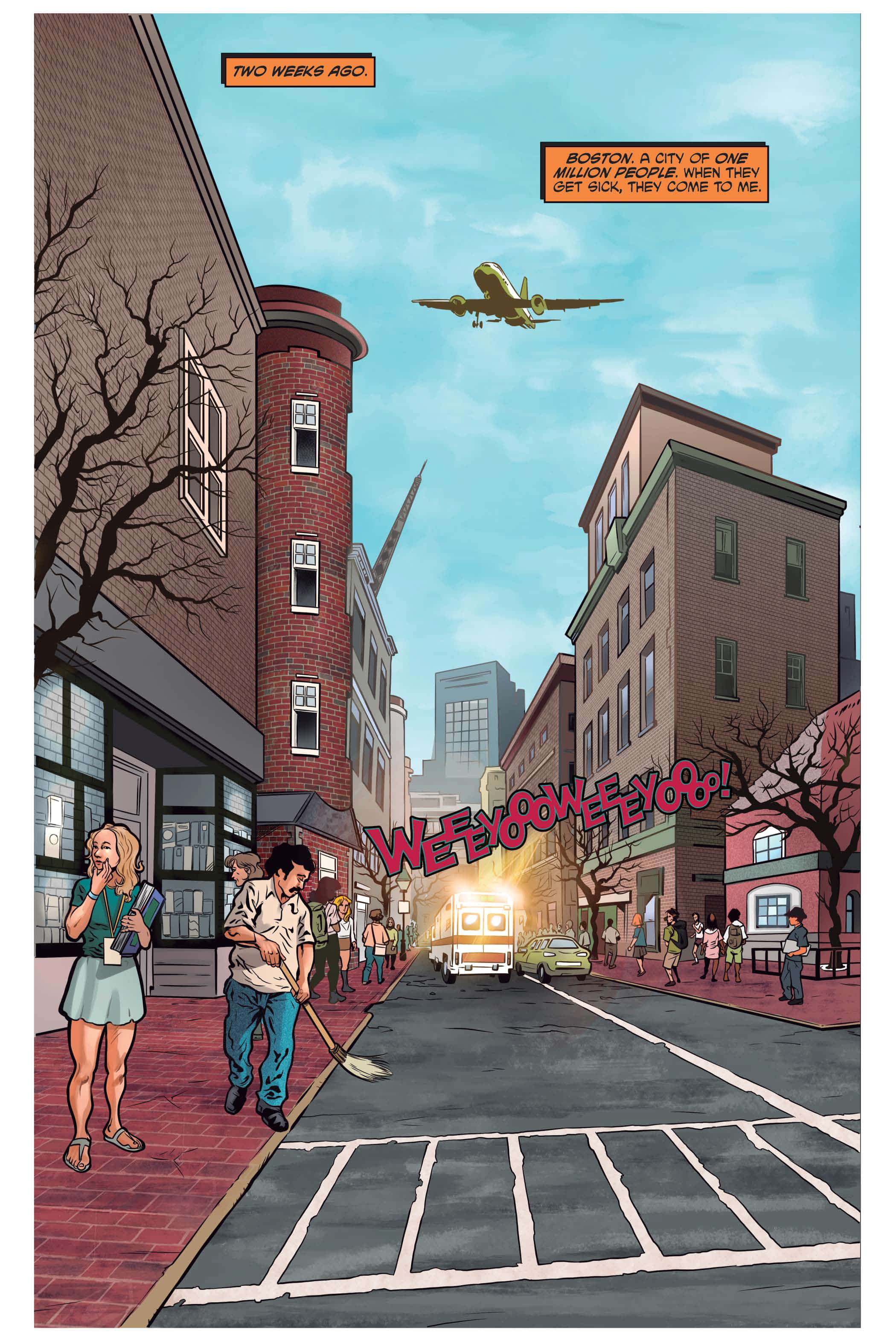 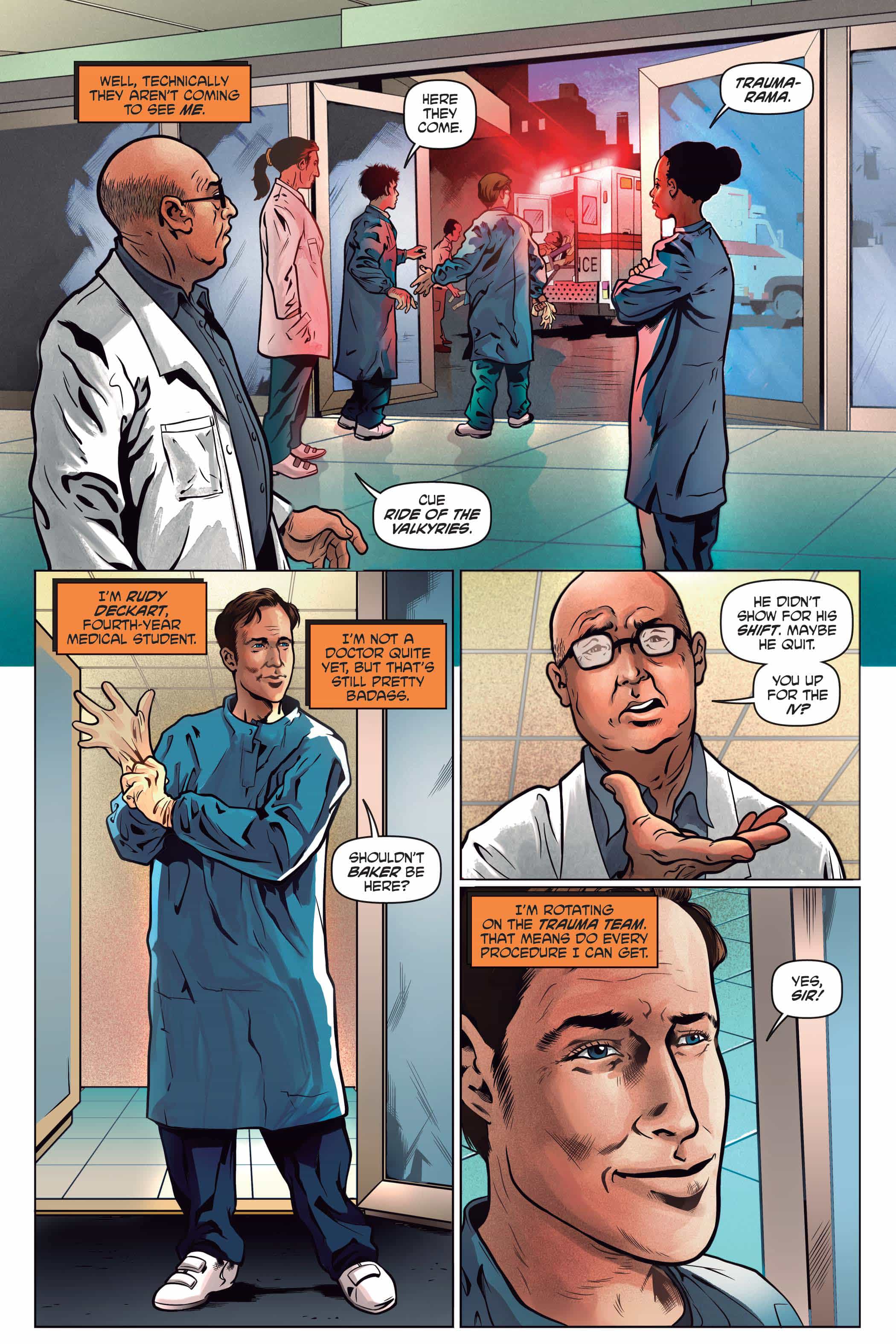 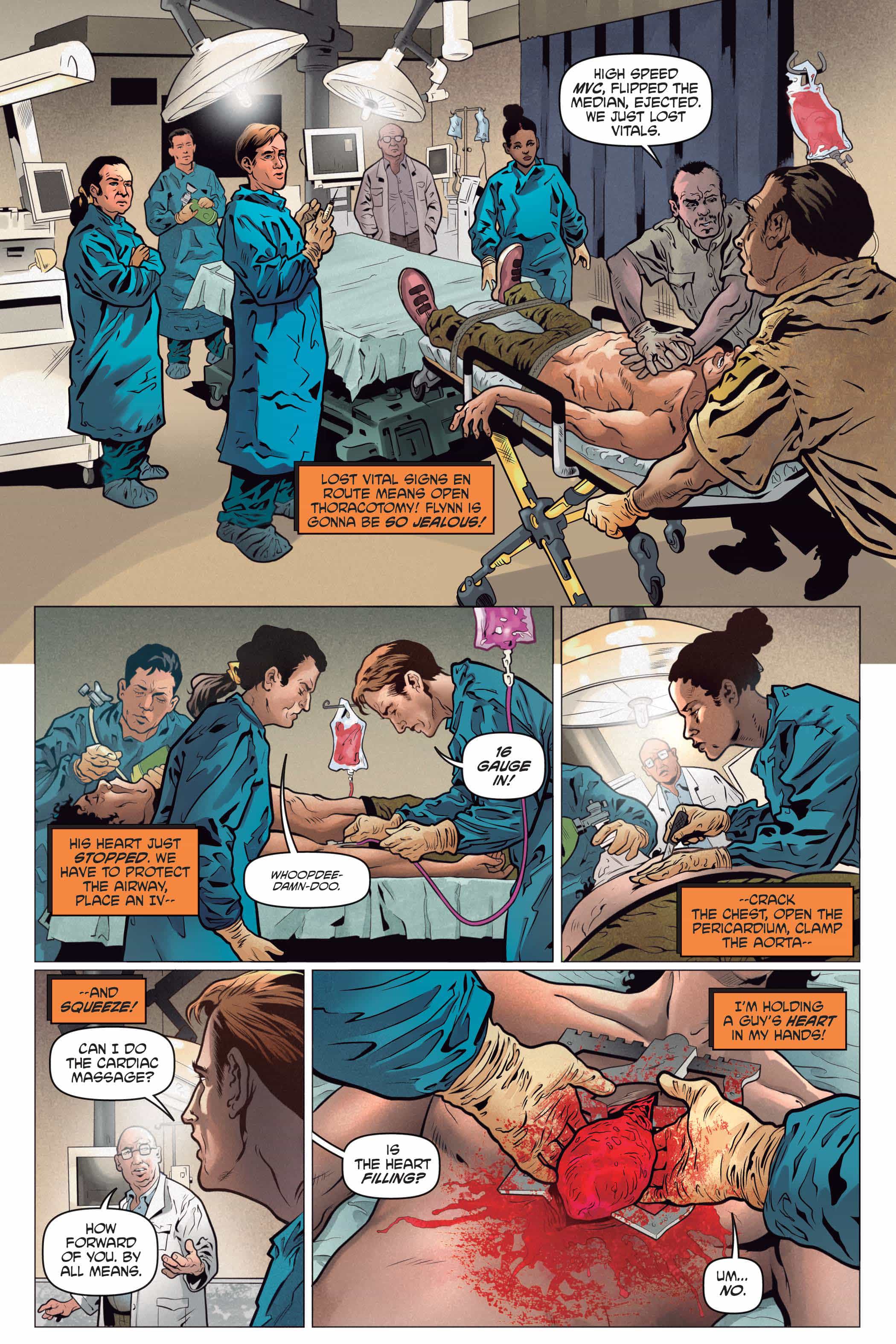 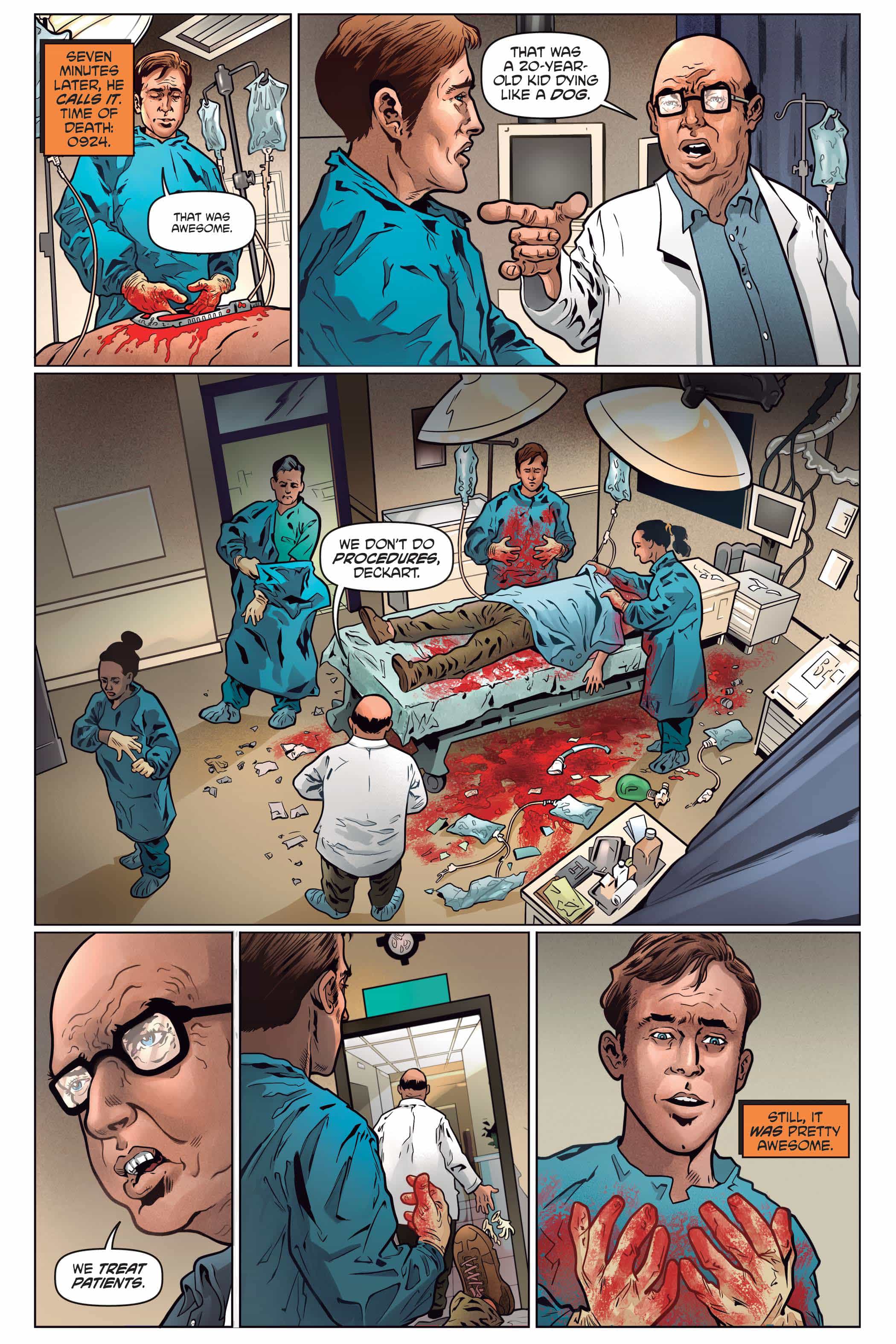 By the Time I Get to Dallas is by Colin Devonshire (writer/creator), Juanfrancisco Moyano Guerrero (pencils), Dario Marin (inks), Jacinto Moyano Guerrero (colors), and Jaymes Reed (letters). Our campaign to launch printing of  Book One of this five-book series is live on Kickstarter 6.24.19-7.22.19. Head over to http://pitdocpress.com/DallasLaunch to check it out!

Colin Devonshire is an emergency medicine physician at Mount Auburn Hospital in Cambridge, Massachusetts. He lives in Boston with his wife, two children and various ideas competing for attention in his easily overtaxed mind. You can follow him at http://pitdocpress.com.