My name is Alyssa. I go to San Francisco State University, majoring in Japanese with a minor in comic studies. I learned about graphic medicine in one of my classes in comic studies. I became fascinated with it and realized I could make graphic medicine about my experience with suicidal tendencies and ongoing battle with depression.  I wanted to make things to express myself and to reach out to those who might have felt even a little like I did and have them know that they aren’t alone. I’m also painfully shy and awkward, and I find expressing through comics makes me feel like I can express more than I can ever have done if I never found comic studies and graphic medicine.

In this comic, I talk about tapering off some depression medication. After being stable on my medications for many years, I was given the ok to start tapering and going as low as I could this past winter. I thought I was prepared for what was going to happen, but I wasn’t. First, there were the physical symptoms that felt like the flu. Second, I had feelings and insecurities that I either haven’t had or been very low for years come back full swing hard. I thought these would end before school would start up again after the winter break for the spring semester, but it didn’t. These thoughts and feelings affected everything I did. It was all-consuming. Making this comic helped me organize how I’m feeling and why. It also helped me feel better by drawing and writing everything out.

I have an Instagram that I just started and will add comics to soon: @carnelian.heart 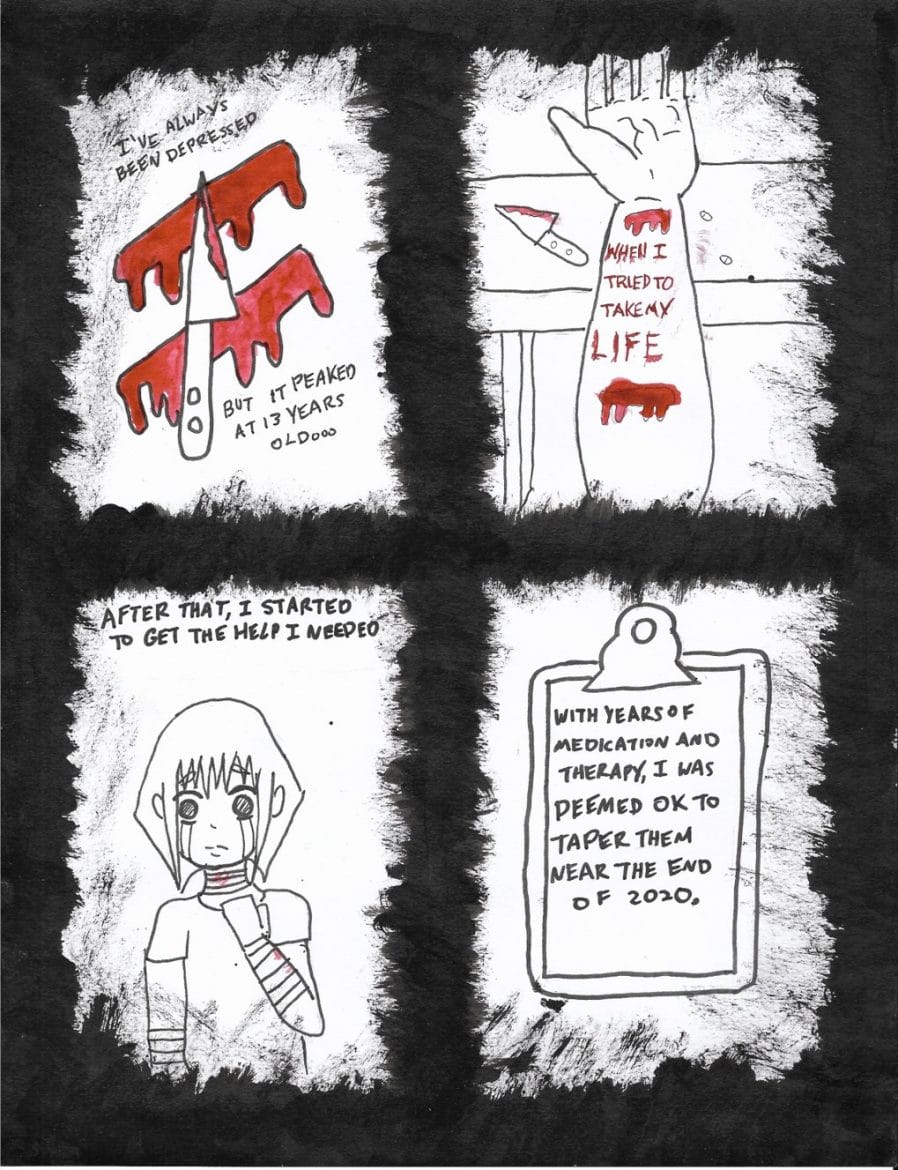 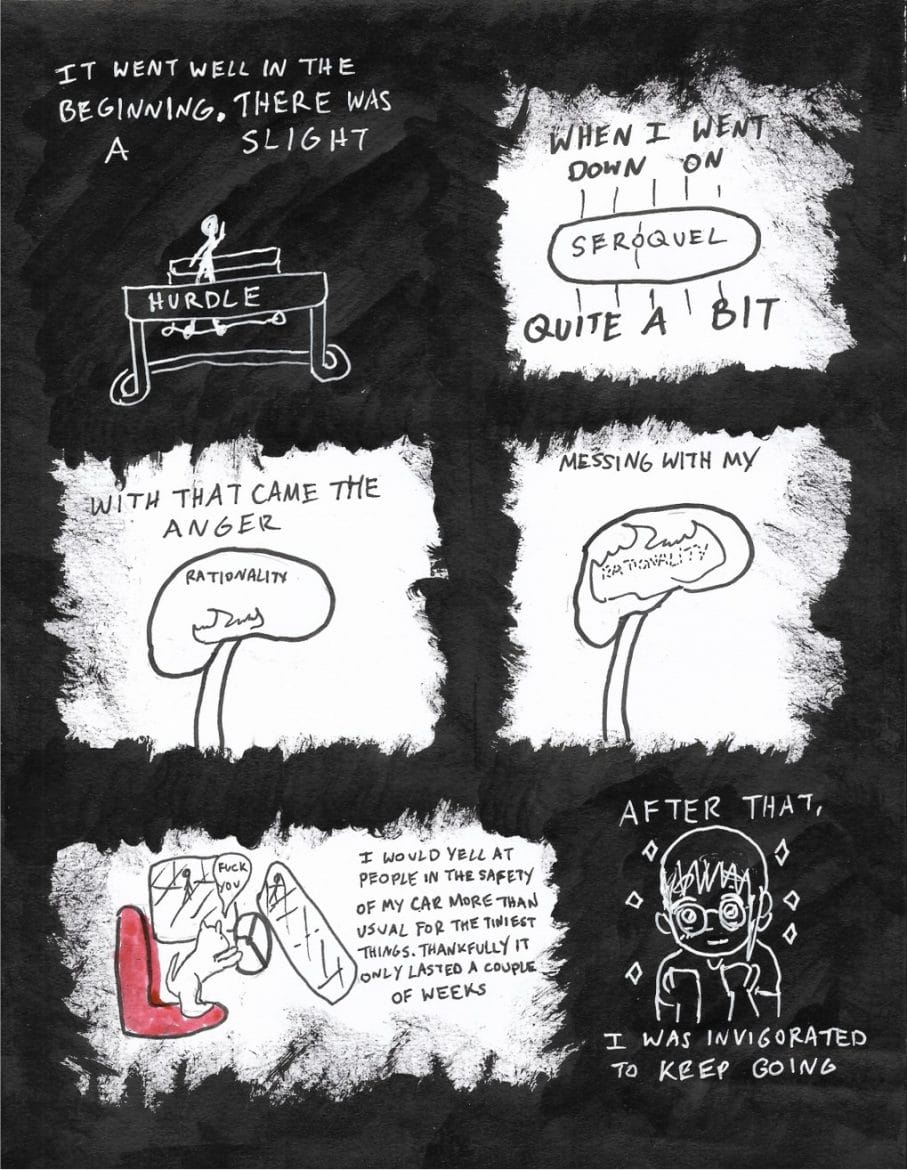 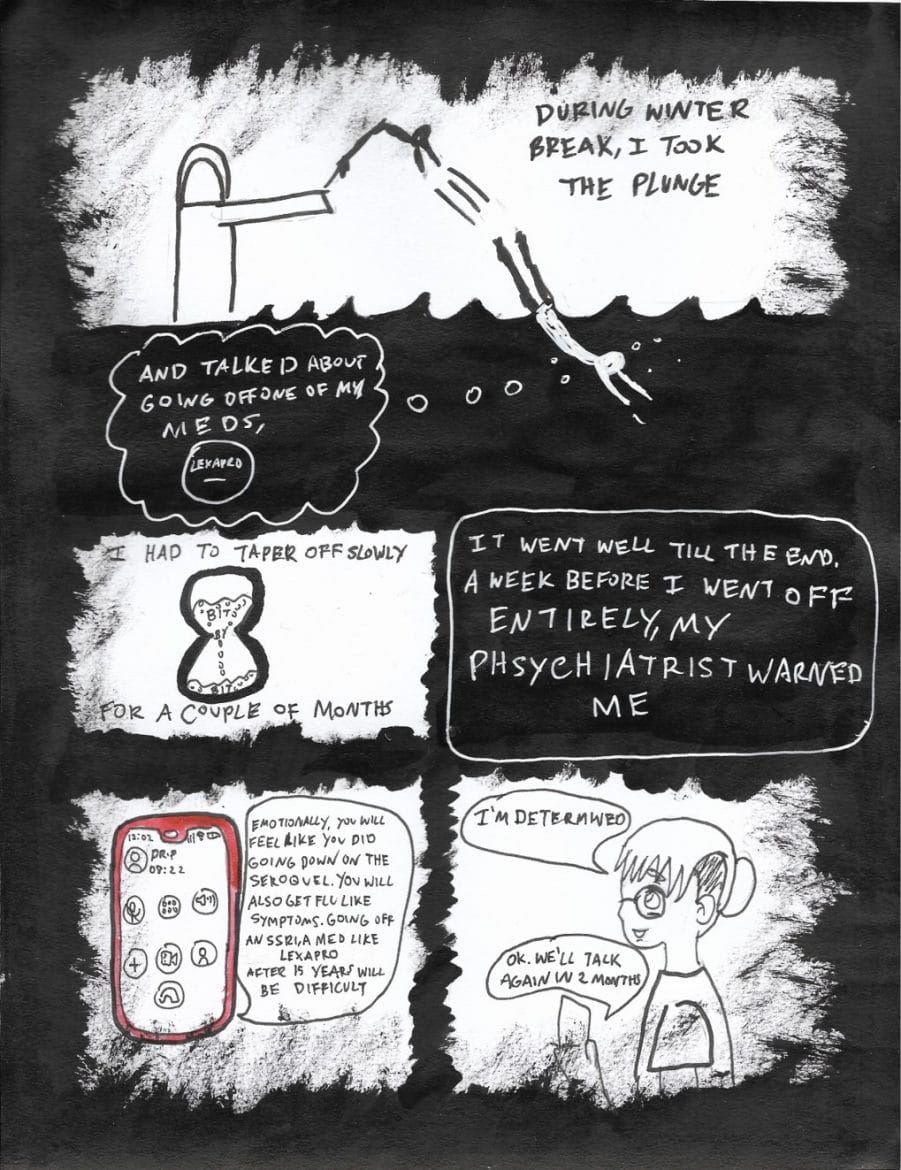 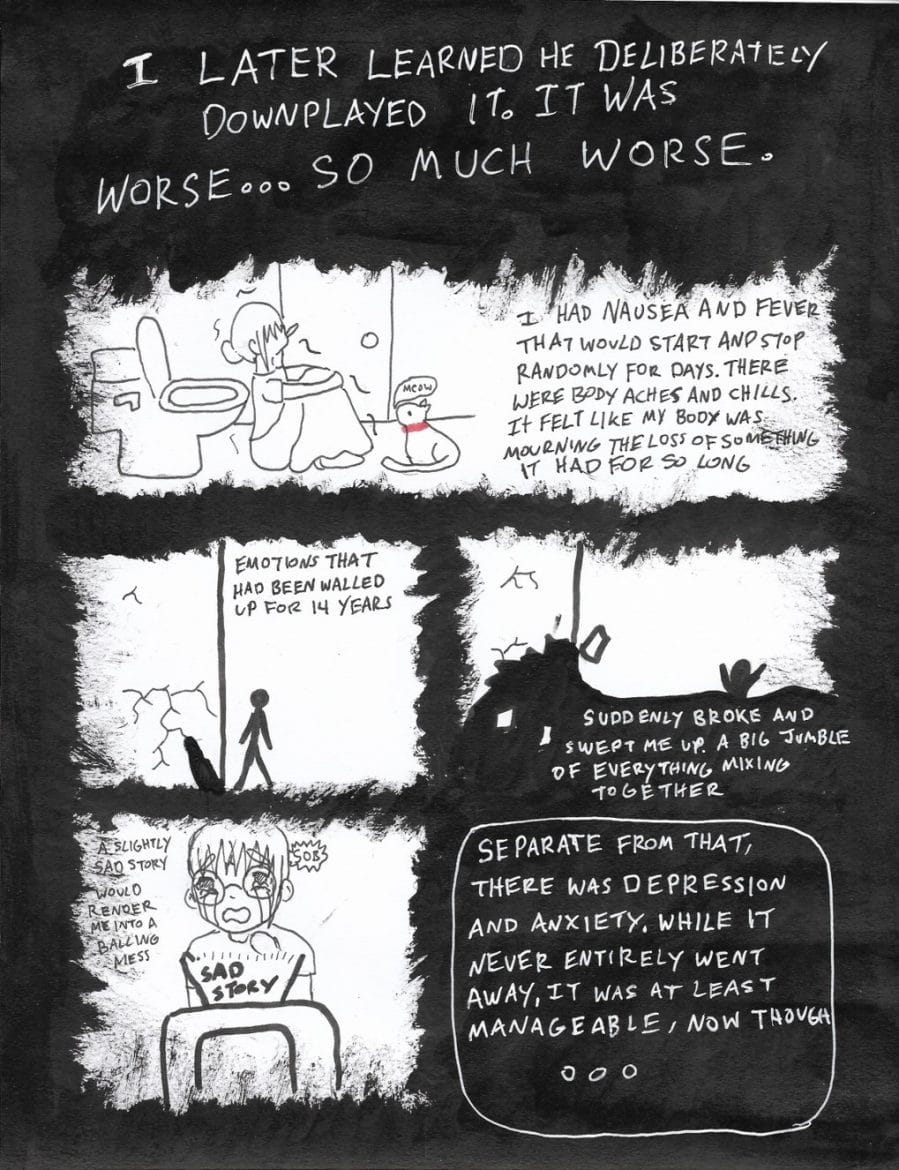 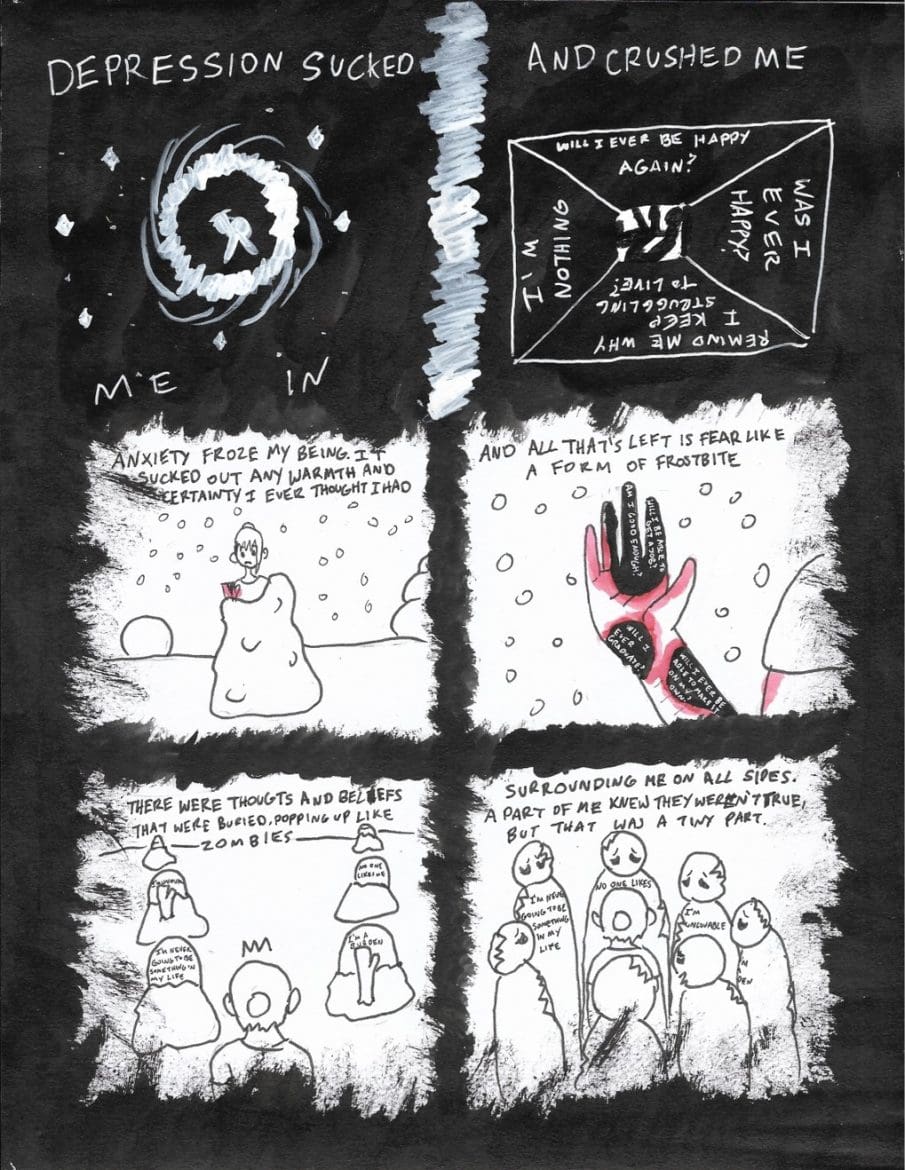 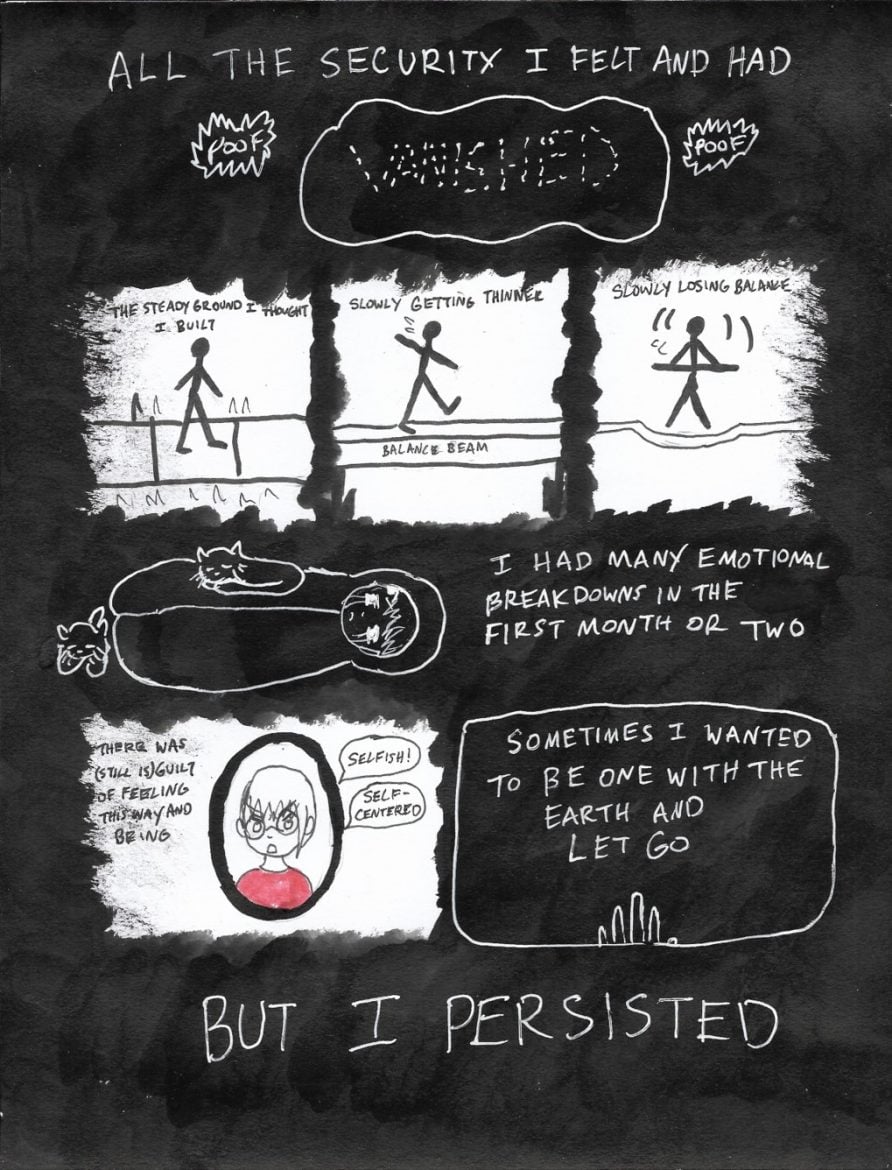 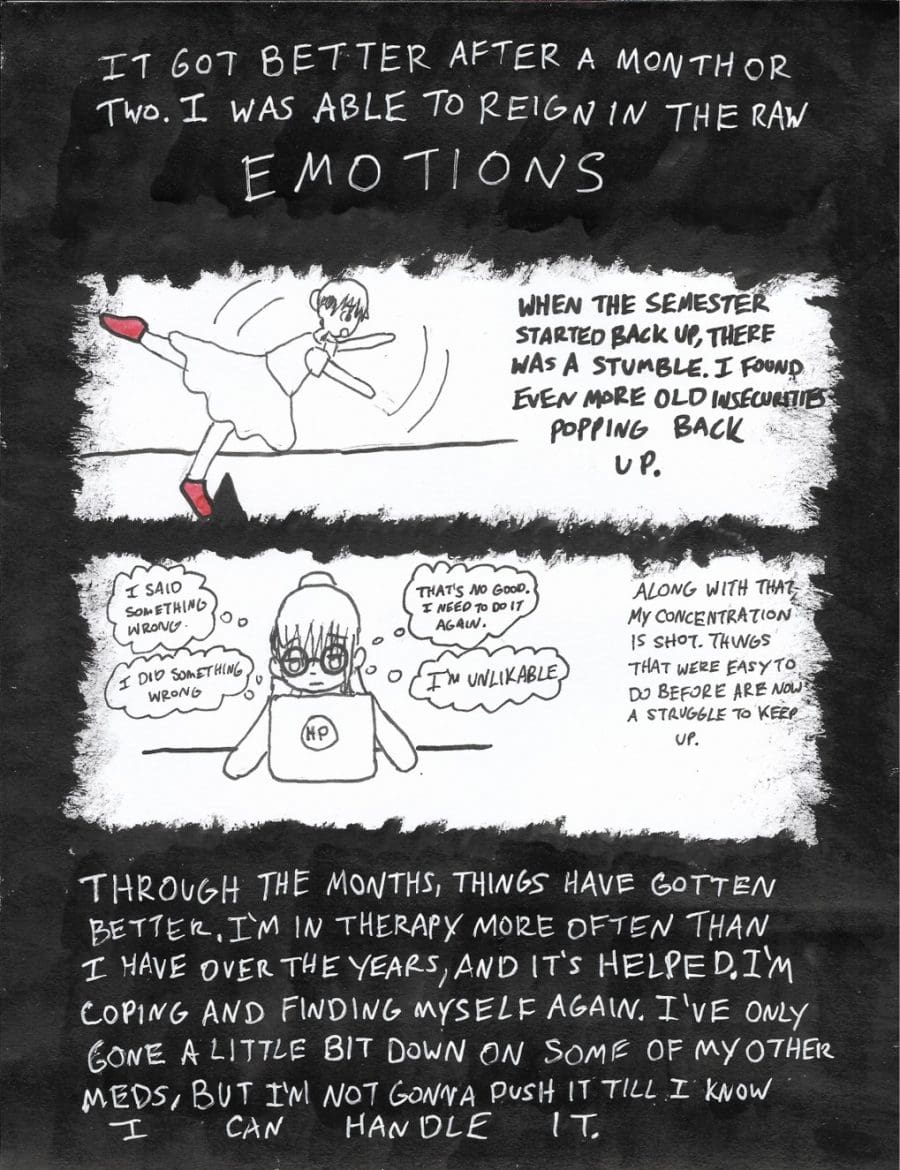