It didn’t occur to me until writing this blog post that my webcomic How Mom Died is a story about caregiver guilt.

For a while I have described the project in a longer and less focused way:

It’s the story of my wife and I taking care of my mom in her final years. It’s about the complexity of our healthcare system and how easy it is to fall between the cracks. It’s about how we narrowly avoided disaster. And it’s about sharing our experience so others can learn from it because nobody teaches you this stuff in school. Oh, and it’s also about Korean/American family drama. It’s about stopping cycles of inherited trauma by walking a path of compassion. All of these things.

That sounds like I’m trying to solve a bunch of problems with one story, but when I consider that these are simply the components of a story about caregiver guilt, it becomes much easier to speak confidently about it, for I am the defacto expert about how I felt during that time. 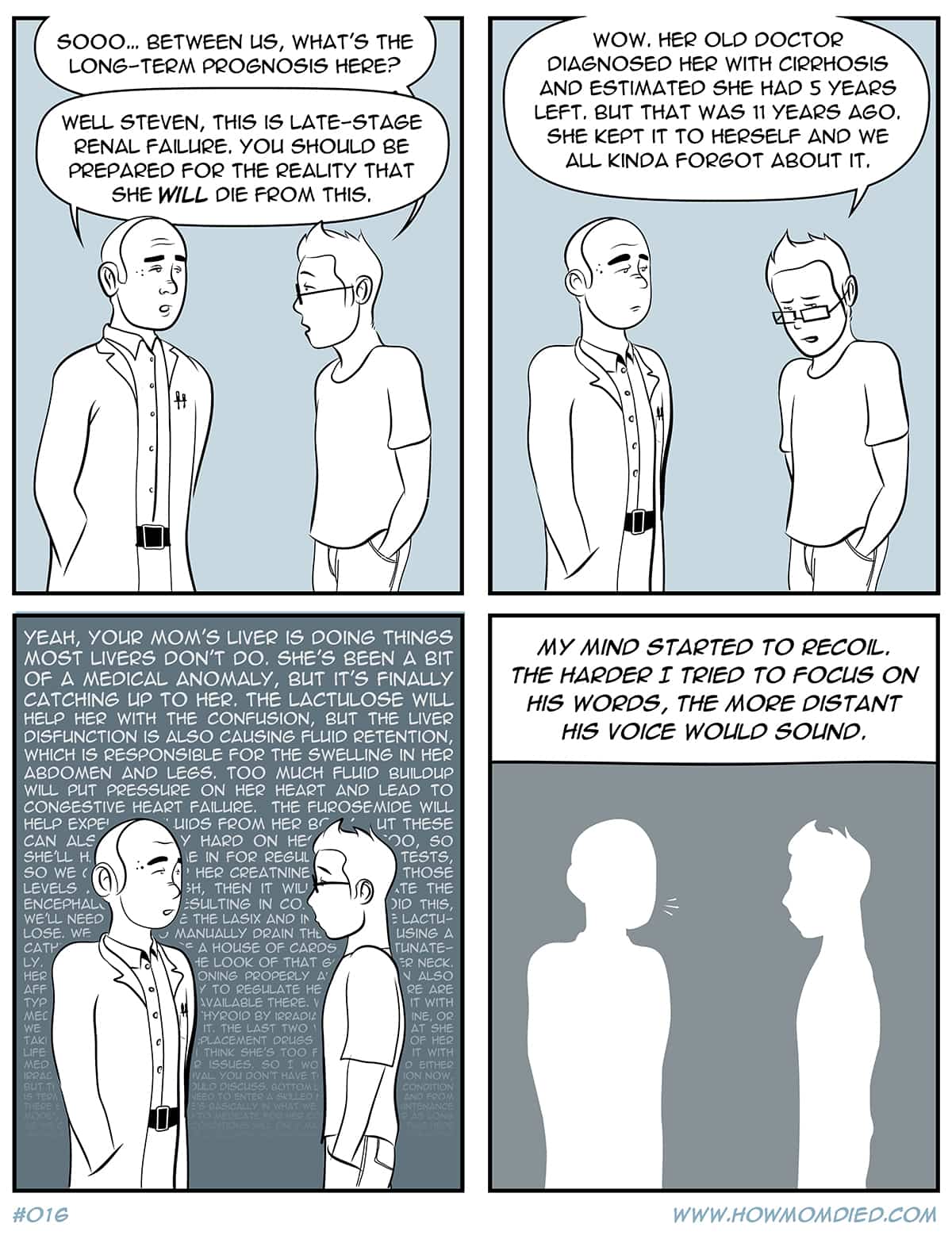 The fact that this gestalt was able to form organically is one of many perks of telling this story as a serialized comic strip. As far as formats go, I am amazed by all of its merits. I’m able to focus on telling smaller stories and not get overwhelmed by the mountain of work ahead. Publishing as I go teaches me to press forward with confidence even when I don’t have the clearest picture of how things will end. It’s become a routine that conditions me to lean into uncertainty and improvise as I go.

Comic strips are also complementary to the way my memory works. When I think back on the entire saga, it’s made up of these smaller stories, moments that left an impression on me. By writing this as a serialized comic strip, I’m forced to be succinct and let the visuals tell the story as often as possible. The 4-panel format provides the structure and limitations that many artists need in order to do some of their best work. 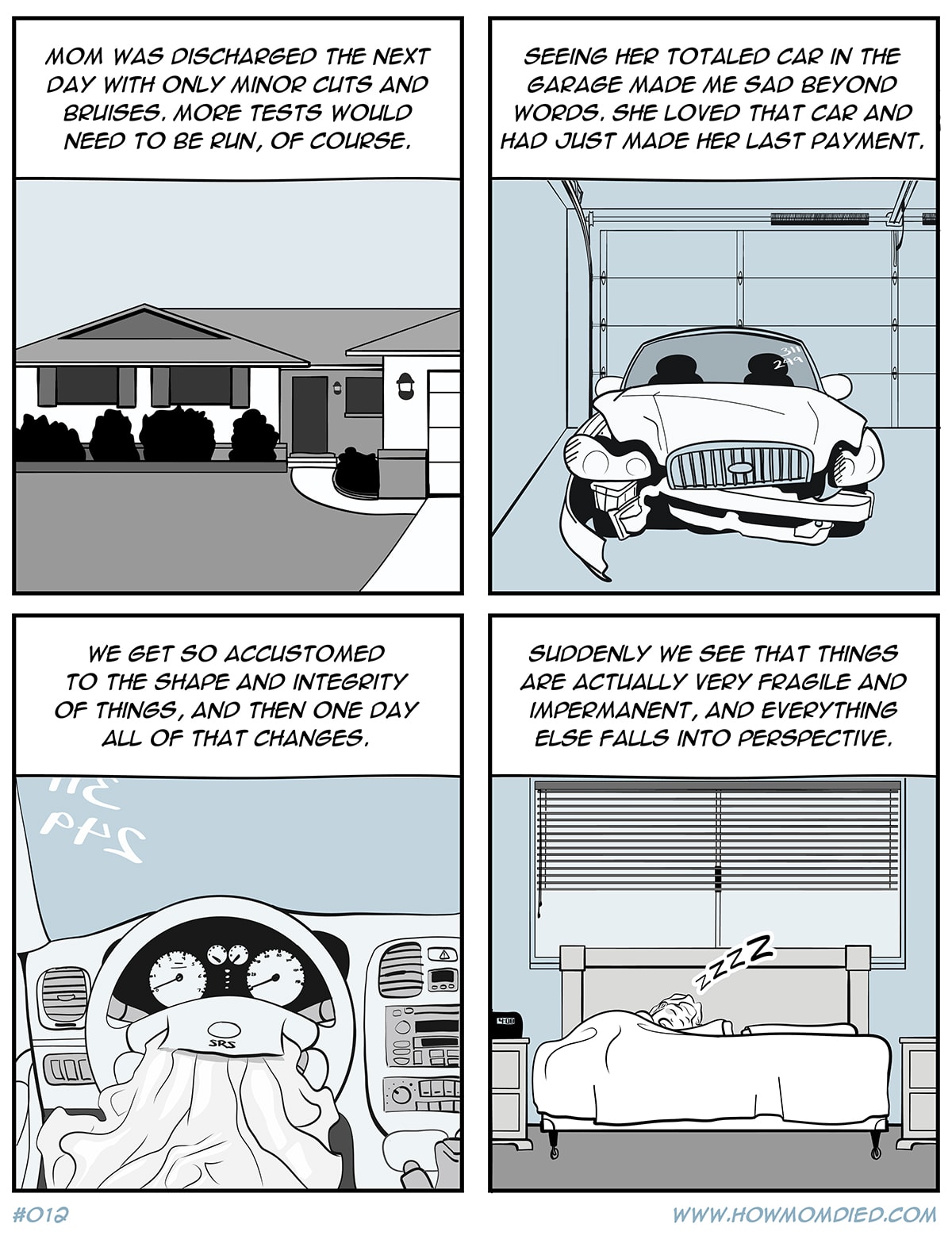 Beyond the pacing established by the 4-panel daily strip, there is also a secondary rhythm created by the presence of the “Sunday strip.” Traditionally, cartoonists will use the Sunday edition to tell non-canonical stories or burn off some creative steam. Even though I’m only posting 2 strips per week, I’ve chosen to honor this convention, and I use these Sunday strips as a framing device, where I get to explore deeper ideas, have flashbacks, or break the fourth wall. 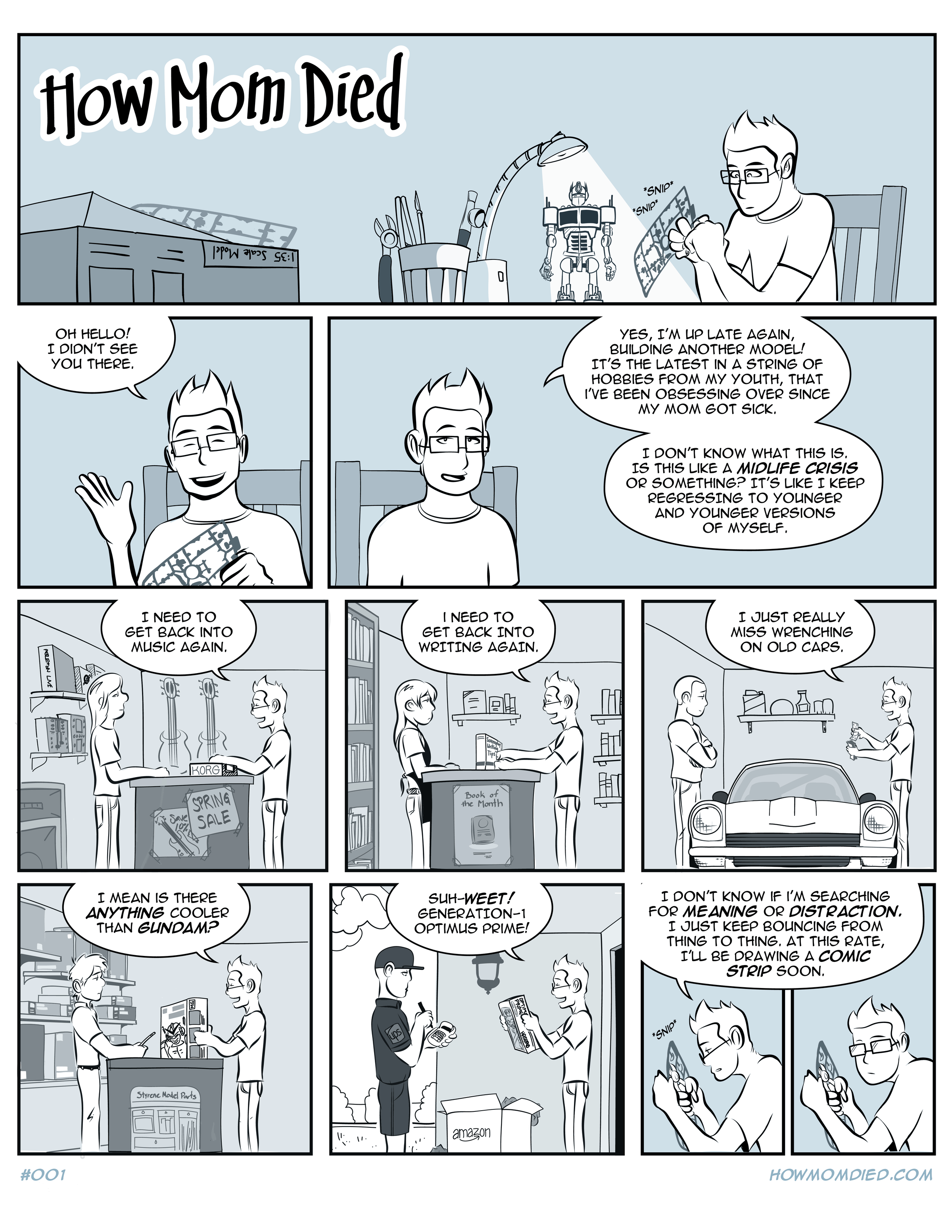 One of the absolute best features of comic strips is that they are very forgiving. I grew up with titles like “Calvin and Hobbes” and “Bloom County” on my bookshelf at home, and you could always see the artwork become more refined over time. The first appearance of Bill the Cat in Bloom County was vastly different from how he looked later. Knowing that my heroes have allowed their styles to evolve over time in such a public way gives me permission to push forward despite my perfectionist tendencies.

My hope, of course, is that readers who find themselves dealing with similar challenges as caregivers will find comfort in knowing that they are not alone. By sharing the key moments that defined this period in my life, you will get insights into the experiences and forces that lead to various forms of caregiver guilt. So far, the feedback has been really encouraging. Several kind folks have written to let me know that my bummer of a story makes them feel better and that they look forward to my updates on Tuesdays and Fridays.

At the time of writing this, I have posted 24 strips. 91 are complete and queued for posting, and an estimated 150 remain to be drawn. If you want to subscribe via email or facebook, you can find those links, along with links to social media here: https://www.howmomdied.com/subscribe. 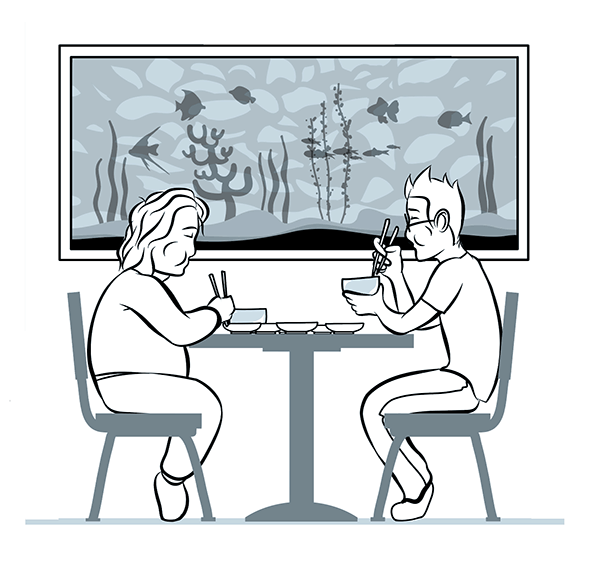 Steve Wishman is the creative mind behind How Mom Died and founder/creative lead at Moon Mission. He lives in the Pacific Northwest with his wife and his grandma-cat.