Home / Latest / Spotlight: I Got Through Thirteen Years of Bipolar Depression by Drawing Bears

My bear began as a scribble on a scrap of paper–a tiny cartoon I drew for the amusement of a friend in a grad school fiction writing class. (At the age of 26, I was probably too old to be passing notes. In my defense, the classes were three hours long, and doodling in the margins of my notebook helped me sit still.) The little cartoon was titled “Bipolar Bear.” It had two panels. In one, a manic bear declares, with expansive hand gestures, “I’m the king of the forest!” In the other panel, the bear sits in a dark cave, thinking: berries make me sad. 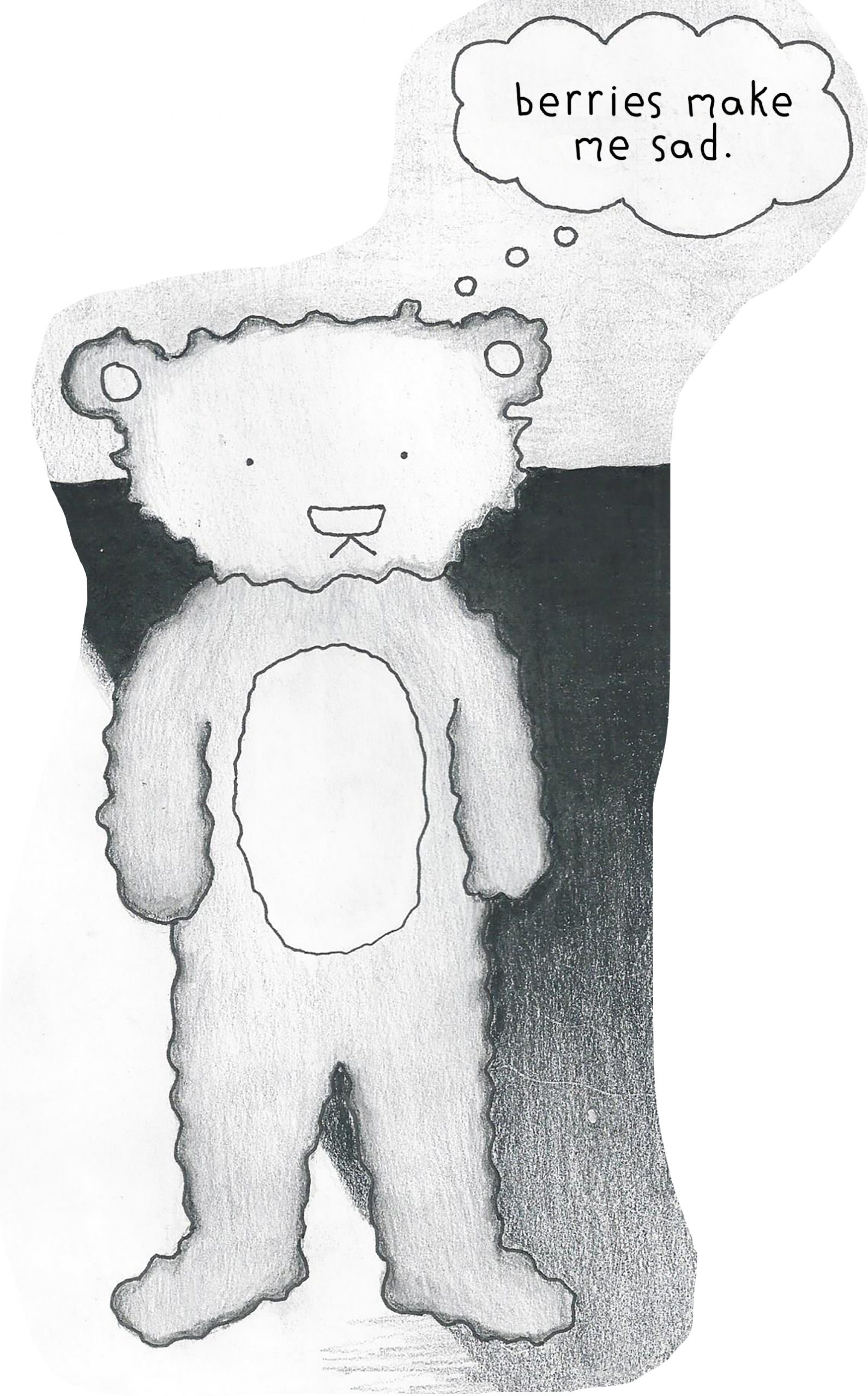 The cartoon was based on personal experience. Except in my case, it was not berries that filled me with melancholy. It was the carrots in my crisper. In the midst of a depressive episode, I had trudged out of my dimly lit room, seeking solace in a snack. There wasn’t much in the fridge. I contemplated a lonely bunch of carrots. They were dry and slightly shriveled. I considered the fact that they had once been young, robust, carrots–full of potential and hope. Now they would endure the fate of all living things: wilting, decomposition, death.

Carrots make me sad, I thought.

Then I laughed at myself. Then I returned to my room for a good bout of crying. Then I slept for ten hours. Then I called my mom.

She suggested that it might be time to see someone about my mood.

The psychiatrist at the campus counseling center listened to my elaborate metaphors for my state of being: I felt the weight of an iron wall crushing my chest. I felt like a scarecrow stuffed with garbage. I felt like I was wading through pea soup fog. When I mentioned that I had a family history of bipolar disorder, the psychiatrist asked me if I had ever experienced a time when I had an extraordinary amount of energy, little need for sleep, or an ecstatic mood. I told him about the month in college when I slept three hours a night and had a series of euphoric realizations about the nature of the universe. 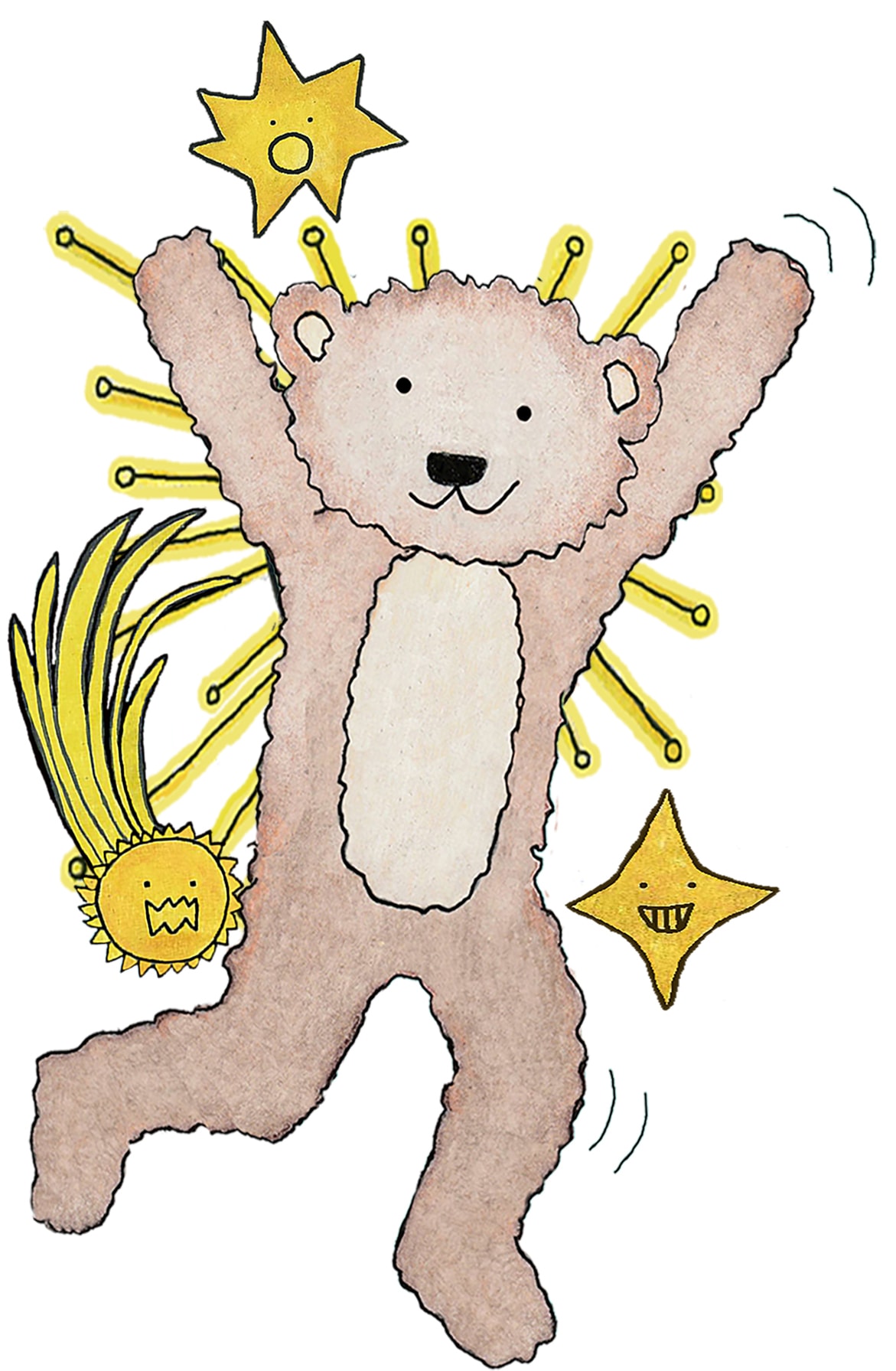 After a slew of follow up questions, the psychiatrist delivered a diagnosis: bipolar disorder, major depressive episode.

He prescribed medication. Though I was trudging through each day like a zombie-slug and barely able to string sentences together, I was reluctant to take the pills. I was afraid that they would rob me of my sparkling personality. 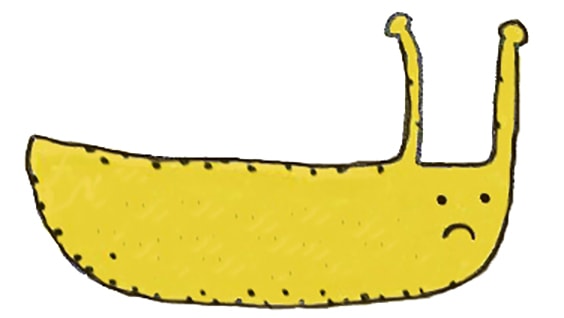 Instead, the meds restored me to functioning. I poured my newfound energy into short stories and a fledgling novel. When I had writer’s block, I worked on children’s books for my little brother (seventeen years my junior). The books starred angst-ridden animals: a lonely giant squid, a socially anxious possum, a snail with low self-esteem, and a burro who wants to be a unicorn. All of the books had the same plot: the animal protagonist experiences angst, then reads philosophy or consults a wise creature, then has an epiphany.

I decided to expand my bipolar bear cartoon into an angst-ridden animal book, and worked on the project whenever I was too depressed to write fiction. (The meds only made the depression go away for a while. It always came back. This is the unfortunate reality of chronic disease.) 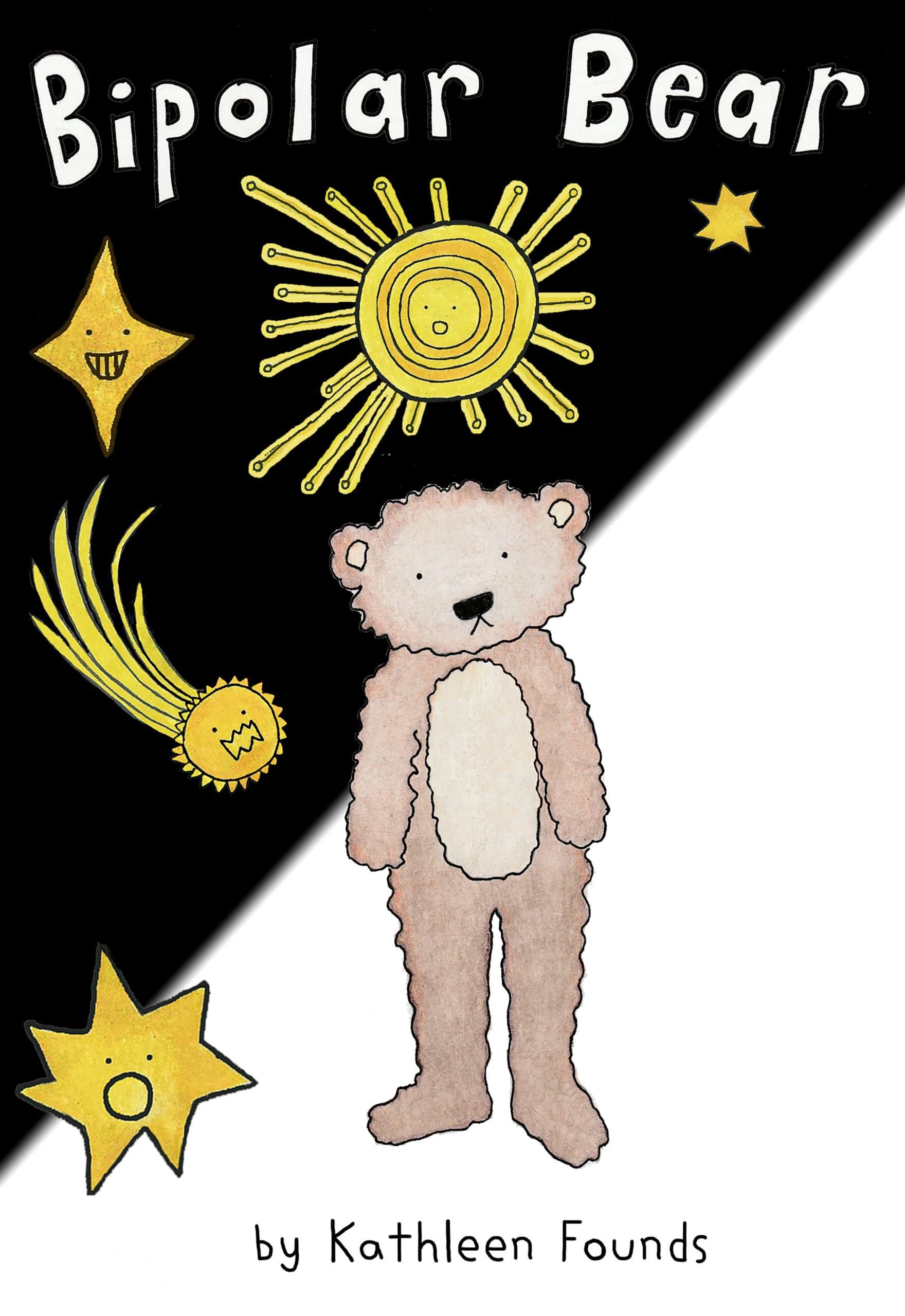 My life unfolded: I graduated from the MFA program, got married, became a college English instructor, and moved back to my homeland of California. My husband and I decided to start trying for a baby. I was excited at the prospect of becoming a mother, but I had a secret fear that pregnancy would cause hormonal changes that would lead to postpartum psychosis. Stanford Hospital had a special clinic that focused on prenatal and postpartum psychiatric health. I called the clinic to confirm that they accepted my insurance, and made an appointment. The Stanford psychiatrists were helpful. They assured me that my medication wasn’t super risky to take during pregnancy, and with a lowered dose, chances of birth defects were slim. I returned home, and resumed drawing bears.

Then a letter from my insurance company came in the mail. The letter informed me that my $650 Stanford appointment had not been covered. My husband and I were barely scraping by, and the $650 bill was nearly a month’s rent–a major financial blow. 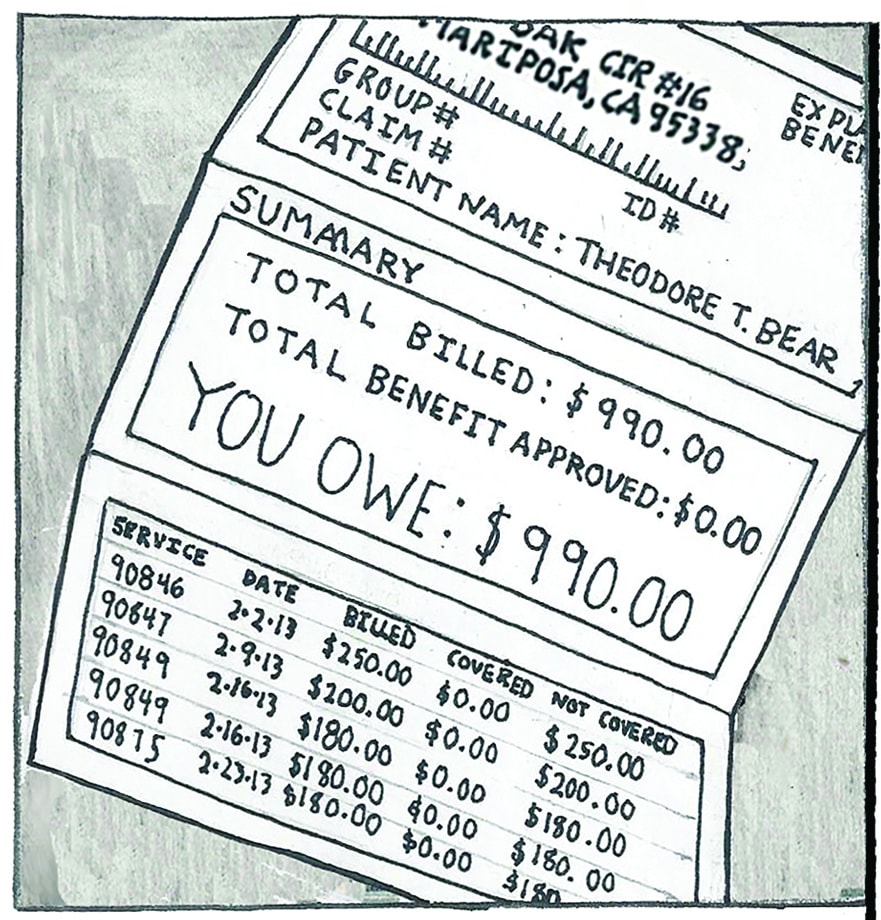 I called the number on my insurance card. I enunciated my identification information to a computerized voice. I waited on hold, listening to tinny music. I paced. The tinny hold music went on and on. When I finally connected with a person, I learned that I had pressed the wrong extension. I needed to start over. My sojourn through the phone labyrinth went on for a good part of the afternoon. Eventually, I spoke with a representative, and learned that the Stanford Clinic was an out-of-network provider. As I had not yet reached my deductible, I was on the hook for the bill.

I may have done some crying. 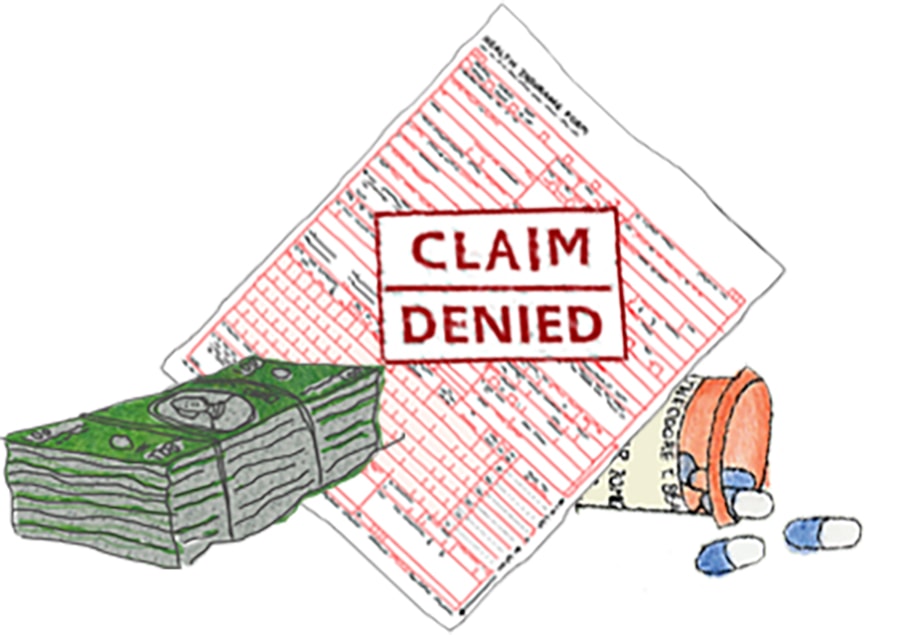 When I returned to drawing bears, it occurred to me that dealing with health insurance bureaucracy is an inextricable part of any mental health condition. So I made Theodore call the number on his health insurance card and be transported into a literal Labyrinth of Health Insurance Claims. There, man-eating flowers wave tantalizing claim forms, and customer service snakes hiss from a dank pit. In a maze of cubicles, miserable forest creatures sit chained to desks, stamping “denied” on each claim form. 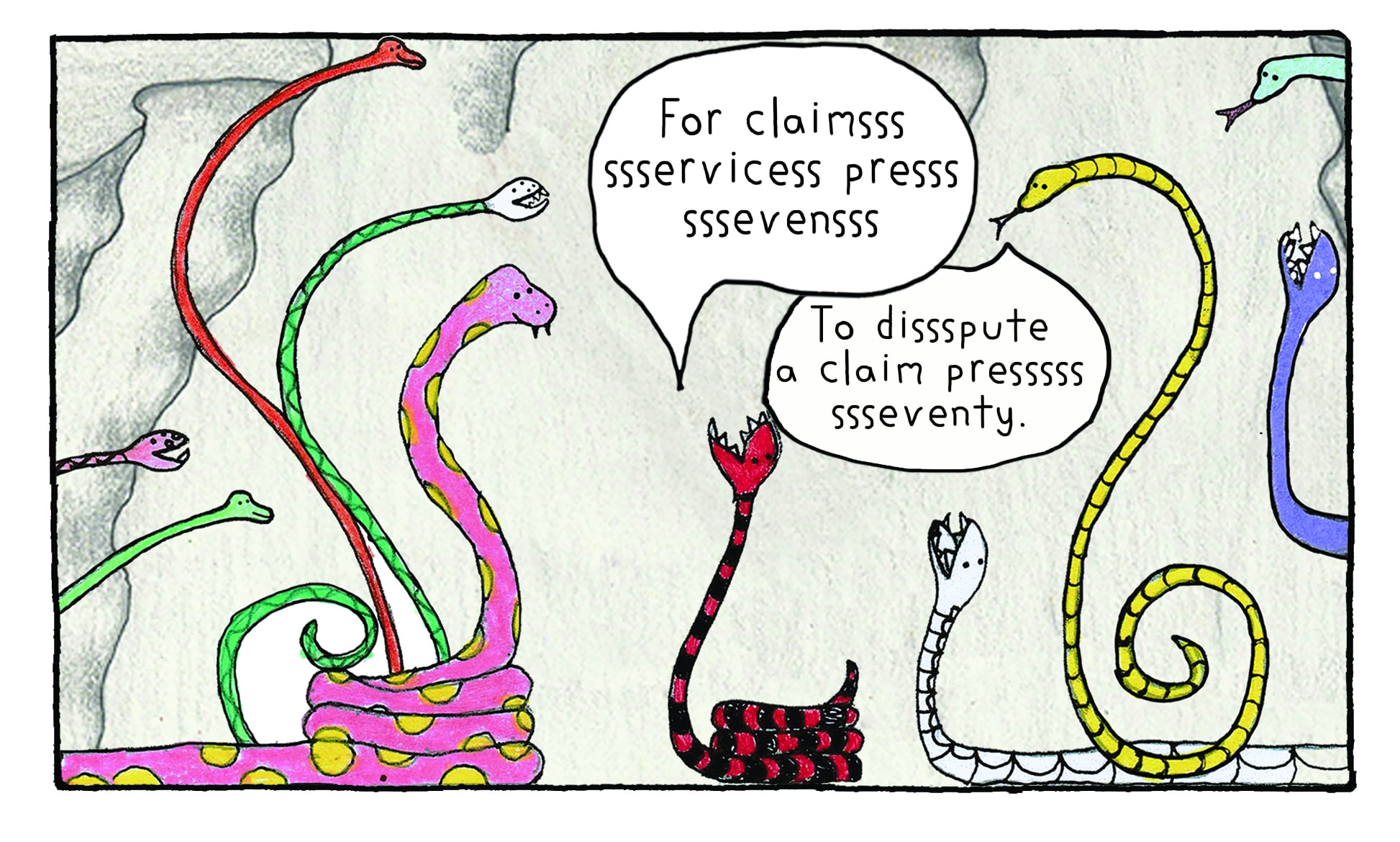 At the center of the labyrinth, Theodore finds a lair of sharp-clawed Fat Cat Health Insurance Executives who dine on baby beluga whale and bald eagle eggs. Theodore devours them all. 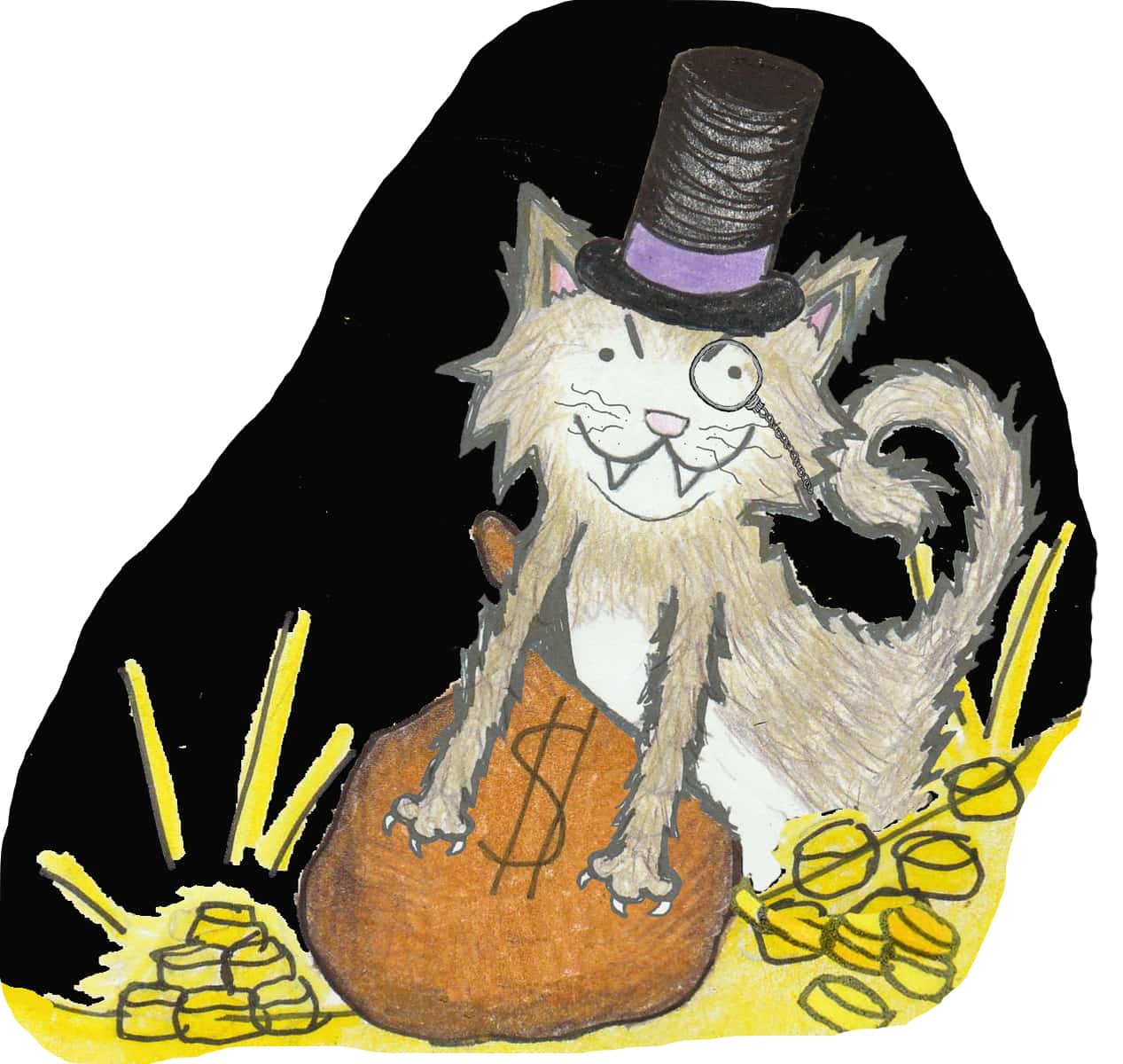 These developments made the project a good deal longer. They also transformed it into something other than a children’s book. As Bipolar Bear grew in page number and scope, my life continued to unfurl. I had a baby. My first book, a novel-in-stories titled When Mystical Creatures Attack!, got published. (The book is about an idealistic English teacher who struggles with bipolar disorder. Write what you know.) I had another baby. I paid a babysitter fifteen dollars an hour so I could lock myself in a room and draw bears. I made Theodore lead a breakout from debtor’s prison, form a utopian commune, and fight for health care reform. 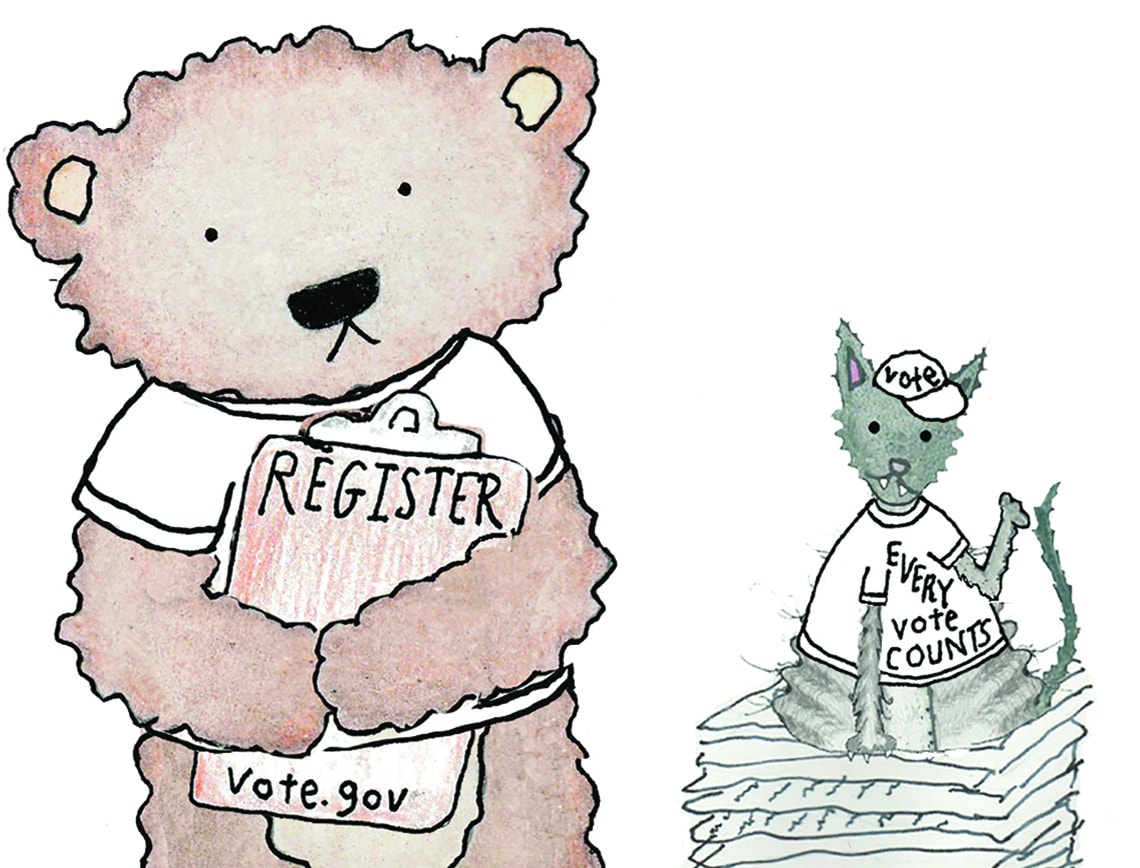 In a bout of compassion, I gave Theodore a hopeful ending, in which his mood stabilizes and his advocacy achieves universal healthcare. Ten years after I’d begun the project, I sent the book off to my agent.

She said there was no way she could sell it. It was way too weird.

I was, of course, devastated. I surrendered to despair for a week. Then I amicably split up with my agent. I began sending out queries, certain I could find an agent who shared my conviction that there was a rich, untapped market for graphic novels about health insurance bureaucracy and existential despair told via children’s book style drawings of forest creatures.

While I waited for the offers to roll in, a depressive episode inspired me to scrap the book’s happy ending. I made Theodore ponder my own gnawing questions: What is the point of a healing journey if the sickness always, always, comes back? What is the point of fighting for justice if justice never comes? I drew Theodore organizing a rally where no one shows up. I drew him playing a rigged “bipolar board game” where he keeps getting sent back to start. I drew Theodore sitting alone in a murky green ocean of despair, listening to the bitter whispers of nihilist ghostfish. 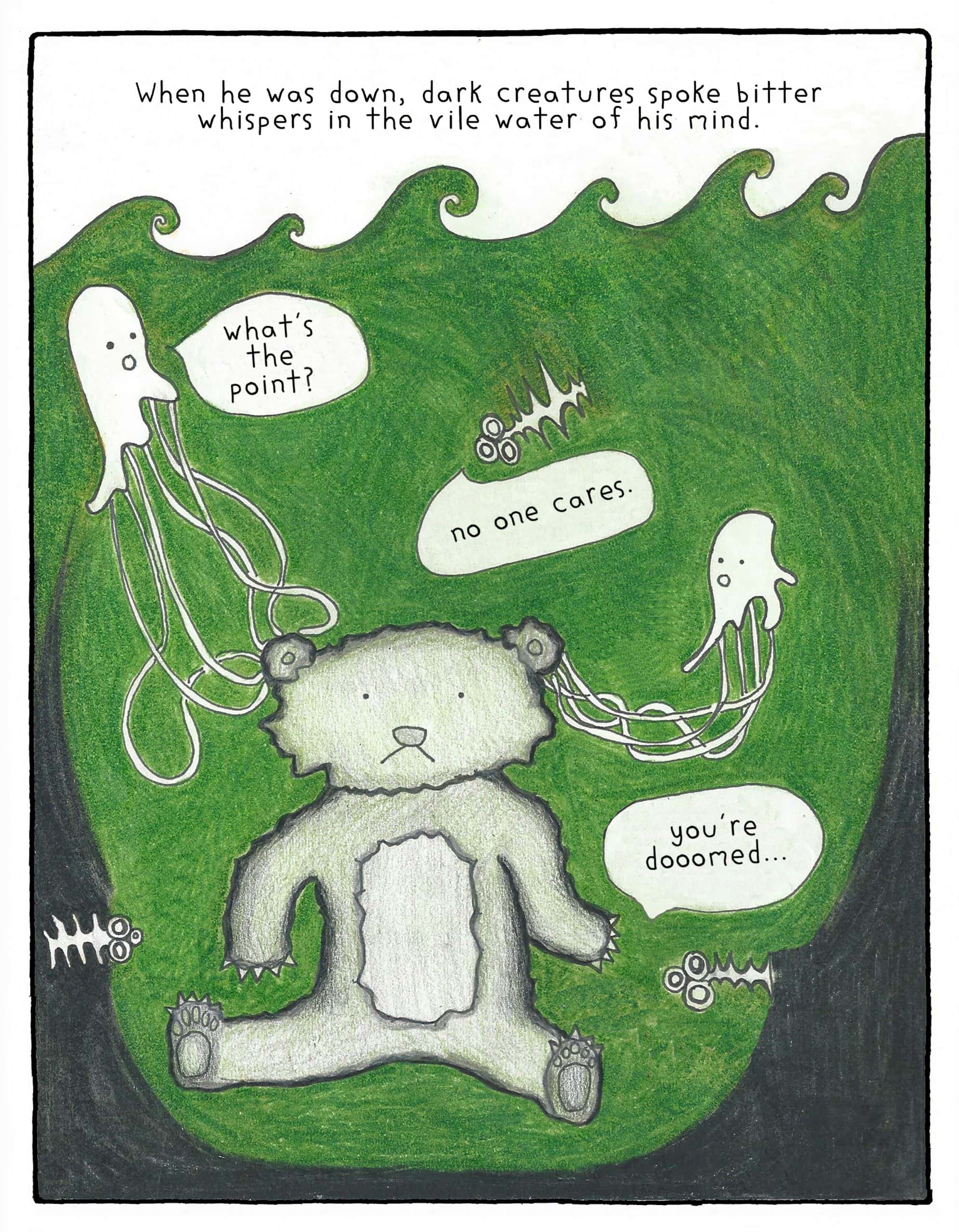 When I came out of the depression, I decided I owed it to the reader to hazard an answer to my own questions. I created a philosophical debate between Theodore and his depression (as embodied by an enormous ghostfish). The ghostfish tells Theodore that his life has no meaning. Theodore gives a rousing speech declaring that he is an existentialist, who, despite the absurdity of life, makes his own meaning in the face of despair. 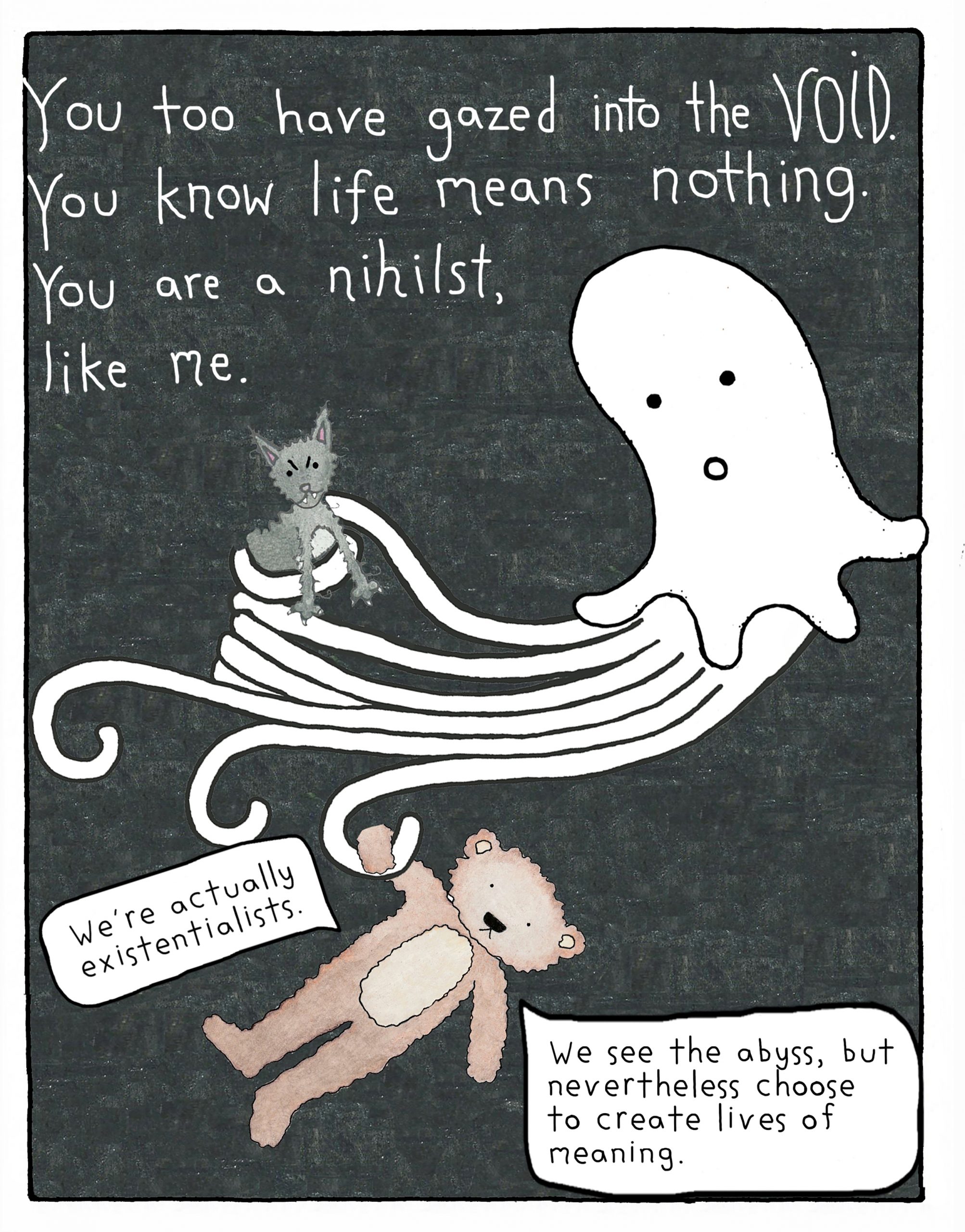 Then it occurred to me that when I am severely depressed, I am not capable of making my own meaning. I am not even capable of getting off of the linoleum. When depression is very, very, bad, I cannot believe in any good thing inside myself. My only crumb of hope is the knowledge that, even if despair overwhelms me entirely, my despair cannot erase joy from the world. So I had Theodore grandly proclaim: “It is true that I can no longer taste food or hear music or remember kindness or know peace. But my despair does not erase them from the world. Even when I cannot feel the sun, it still remains.”

Problem is, poetic speeches don’t make depression go away. Getting wound up in an argument with my own depressed thoughts just trapped me in my head. I realized the ending of my book should reflect the fact that a person in a deep depression should not waste time arguing with a nihilistic ghostfish. A person in a deep depression should call a friend. So at the end of the book, I had Theodore cut off his conversation with the ghostfish and make a call on a red rotary phone. 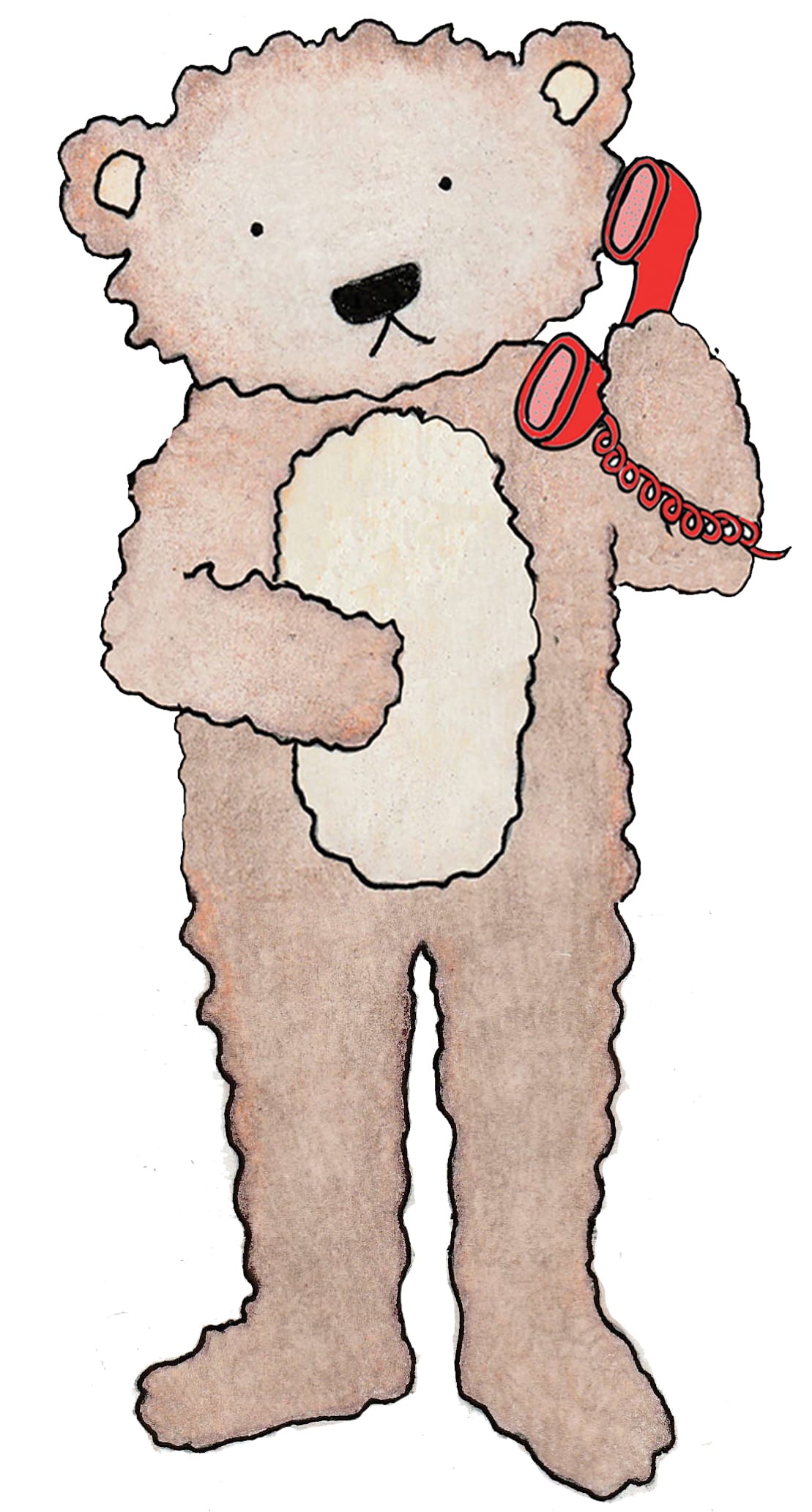 Then his friend (a reformed fat cat insurance CEO) shows up and scares off the ghostfish. Then the cat friend sits with Theodore at the bottom of the ocean of despair. They watch bad television and eat chocolate ice cream until the waters recede. 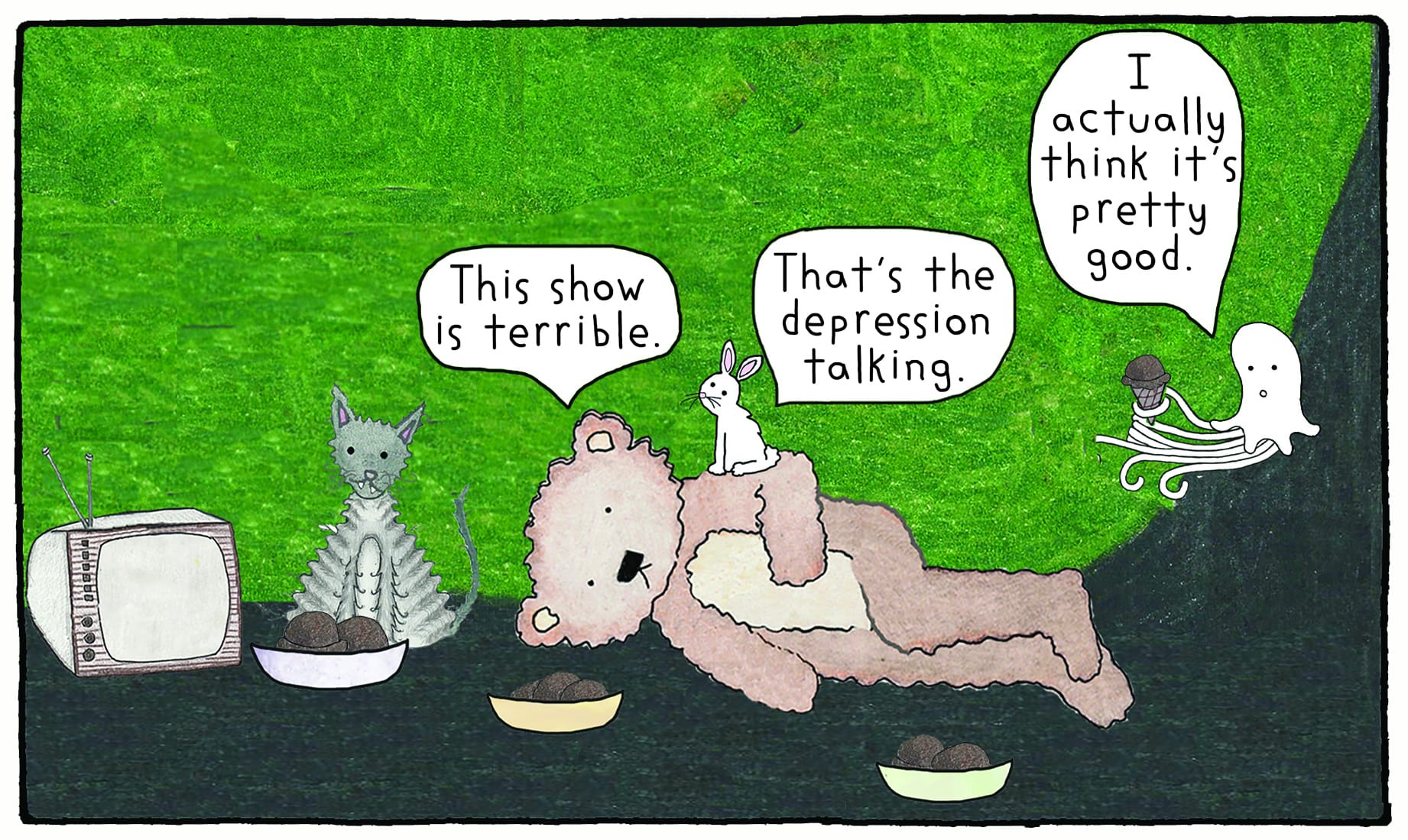 Thirteen years after I began the project, the book was accepted for publication by Graphic Mundi press. Bipolar Bear & the Terrible, Horrible, No Good, Very Bad Health Insurance: a Fable For Grownups comes out in November 2022. 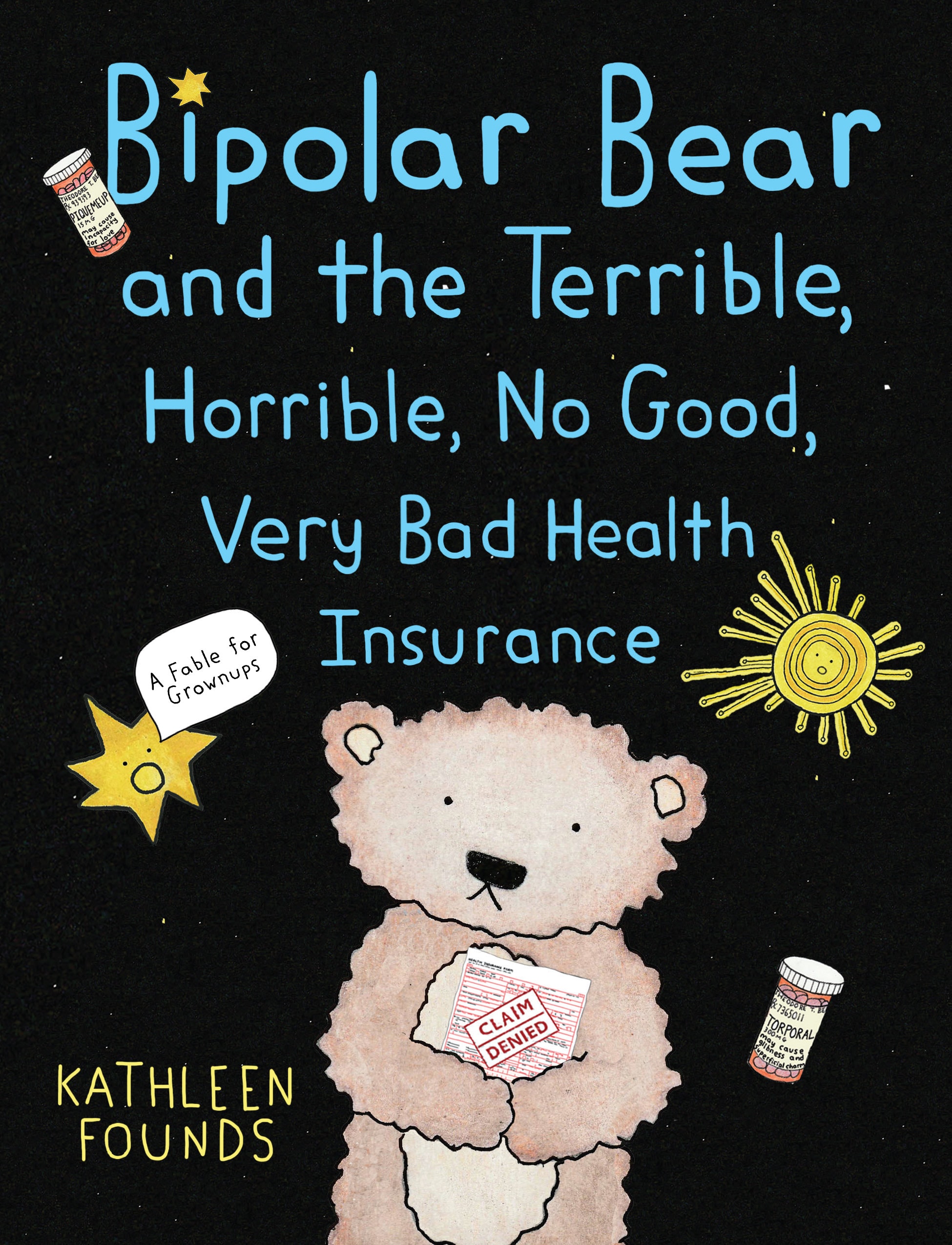