Graphic Medicine post: Between You and Me: Transitional Comics

It never occurred to me that I could make comics about the doctor—about going or not going, about those paper robes and things I’d rather forget—until I read MK Czerwiec’s work. This opened a whole world to me as a lifelong hypochondriac who has typically avoided going to the doctor and as a transgender person just beginning to medically transition. Just so many possible comics to draw. 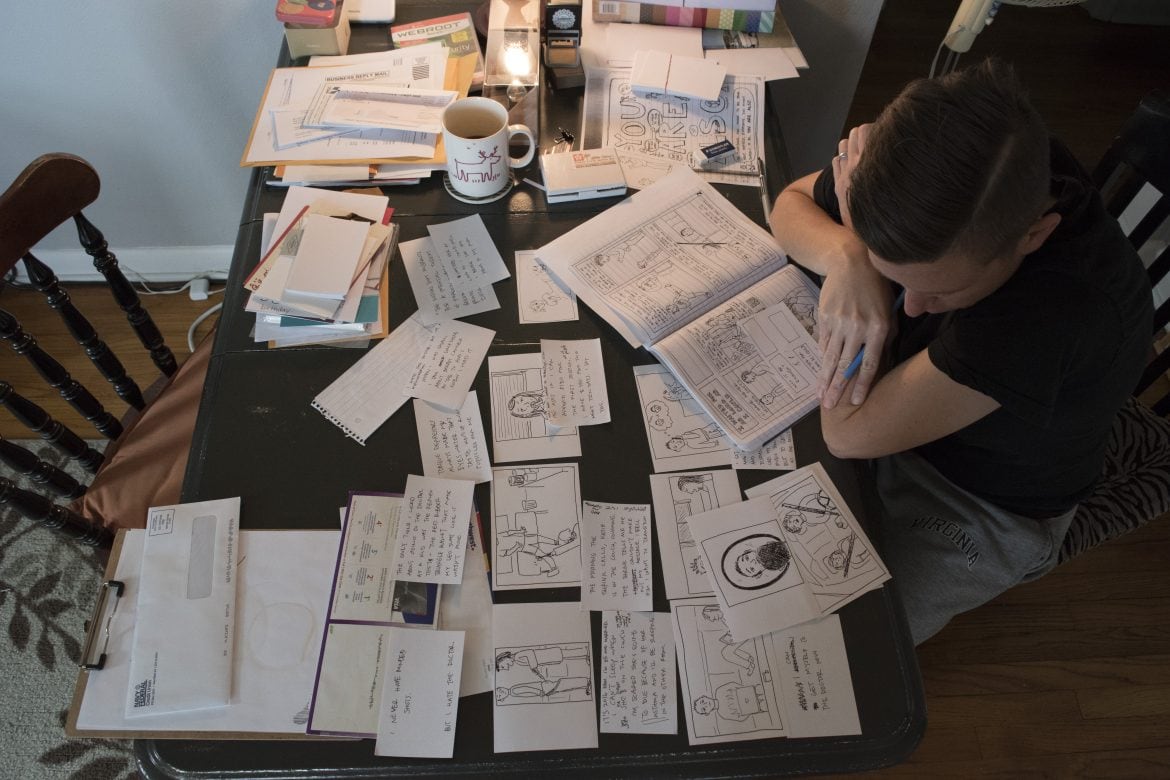 It also never occurred to me that I would be a cartoonist or that I would have a book (of comics!) until I started taking classes with Lynda Barry at UW-Madison. It was through drawing myself over and over, three years, 20+ comp books, a hundred stories or more, that I realized—or more accurately, my hand showed me—that I wanted to transition. To be transgender or to transition, is not a solely medical experience, not nearly so. But no condition or diagnosis is, because we live those out in our bodies in the world. This is one of the beautiful things about graphic medicine: it holds the medical, the clinical, the diagnostic, with the fleshy body, the messy humanity, and the unknowable (both delight and terror). 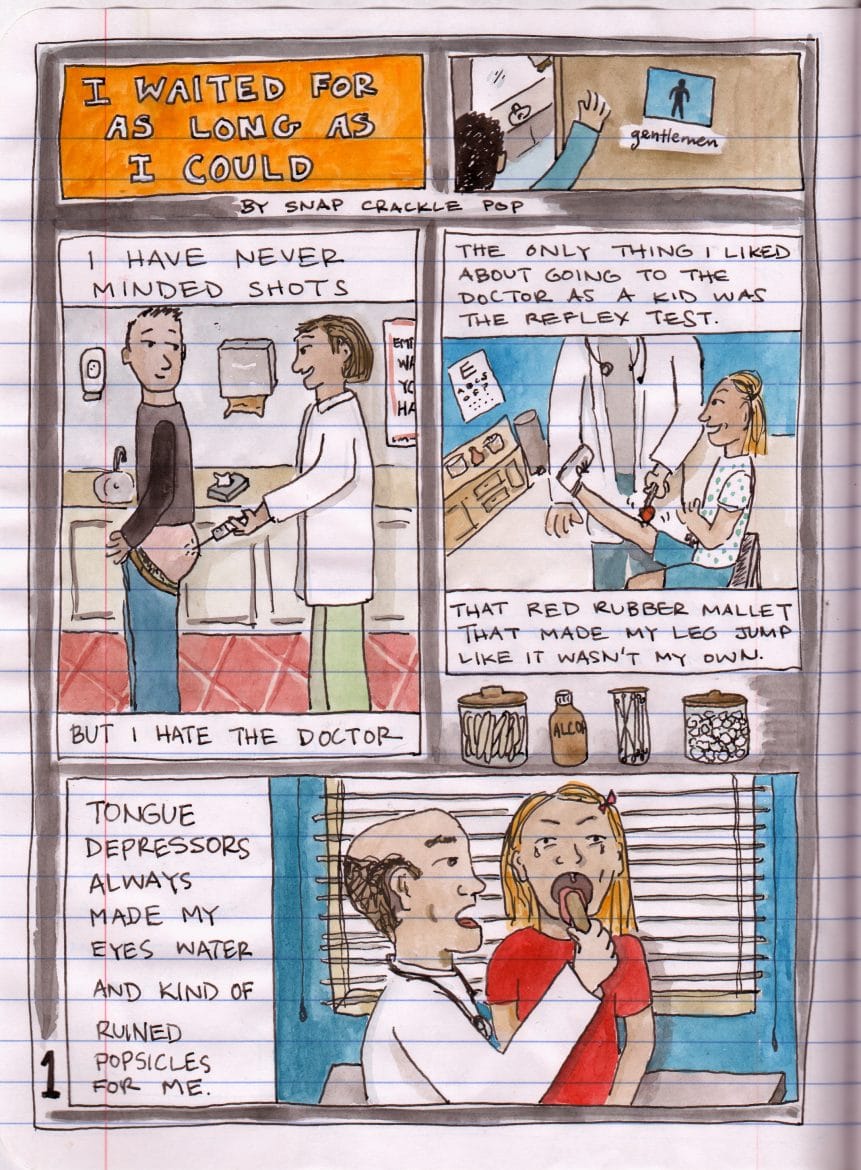 Between You and Me is a collection of comics about gender and moving through the world as a trans* and transitioning person. Some of these comics are medical. There are many medical hallways to walk down and paper trails to follow to get access to hormones, name and gender marker changes, surgery. Other comics are about social and emotional experiences, about coming out, about mental health. Many are comics to express gratitude—for tiny moments with strangers, for kind doctors, for hormones that have given me this physical form that feels right.

So much of this book came from maintaining a regular comics practice. By this I mean homework—the 2, 3, or 4 page strips Lynda requires weekly in her Making Comics classes. I mean that I actually produced many of these for homework, but I also mean that the requirement to produce weekly strips pushed me out into the world to have experiences worth making comics about. I am a shy person who tends toward introversion and away from public vulnerability, which is to say vulnerability in general. What is more public, more visible, more vulnerable than gender transition?

I’ve learned that comics are a very good way to take power back, to put otherwise institutional experiences into my own handwriting, to own my story, and to begin to own my body. On one page, I combined a three-year-old’s drawing with chopped up parts of the letter from a psychologist that I needed in order to access hormones. I resented needing this extra institutional approval for a decision I had taken ten years to make, especially when I didn’t have the insurance to cover it nor much extra money. I didn’t have any choice in the matter—if I wanted to start hormones, I had to see a therapist and get this letter like a permission slip. I made sense of it through art: through using my hands and making something out of it as a physical object. There are similar hurdles in the name change process, and it’s easy to feel disempowered. In Wisconsin, people have to pay to file in court, pay to publish an ad about the pending name change in the paper three weeks running, and finally stand in court in front of a judge who then makes a decision. I shook when I stood in front of the judge. I spent an afternoon copying the name change form by hand with a Uniball pen in all of its minute detail, and when I was done, I felt I had the power back. I recreated the form, changed my own name in the living room, the same room where my friend Denise, a nurse midwife, gave me my first hormone shot: a home birth. 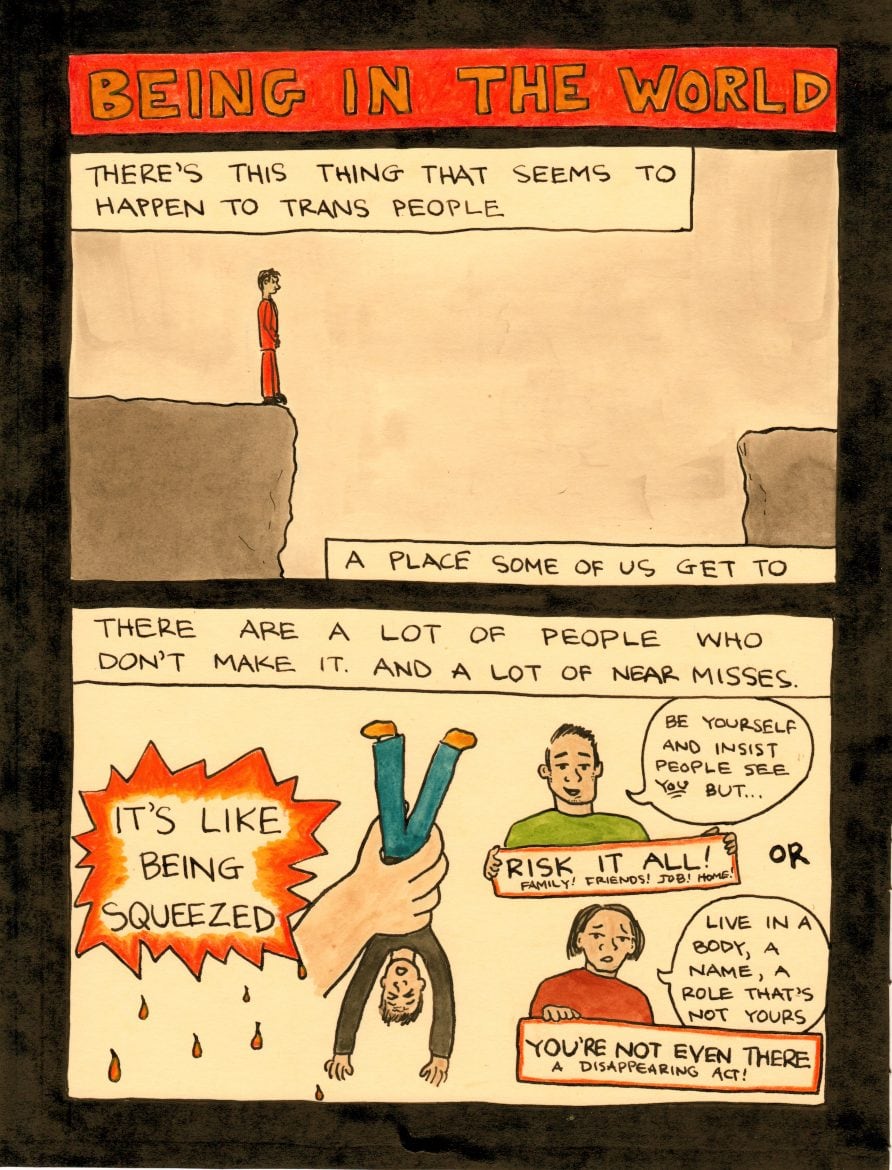 The book is an invitation to readers to draw and to hold your own gender, trans* or not. The book is more a collection of drawn essays than a memoir, a collection of experiences that, as a whole, has something to say about gender and transition. At the end, there’s a long dialogue between Lynda and me, an idea she suggested. We spent a few hours at a bar called Le Tigre in Madison (David Lynch’s favorite bar, if that offers any clues to its style), and recorded our conversation. In the interview we talk a lot about teaching—and of course about drawing—and about gender norms, social change, transition, family. 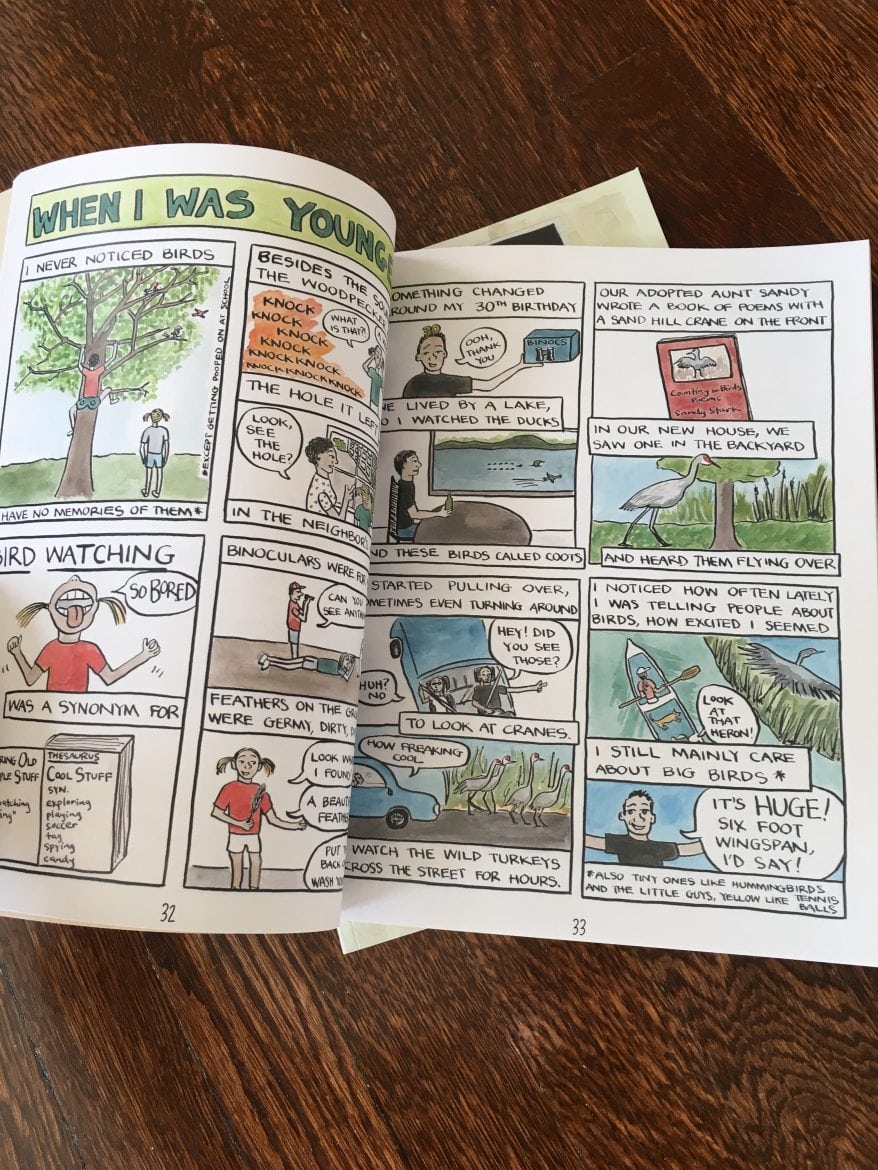 This is what comics and Graphic Medicine do—they invite us to have better conversations about health and illness, medicine and caregiving, gender and community. I know that many people have read Between You and Me with their kids even though it’s not made explicitly for kids or for “educational purposes.” My hope is that the book offers trans* people of all experiences the joy of recognition, and that it allows cisgender people to understand trans* experience a little bit better.