Comics As Therapy and Healing

In 2017, before I released Couldn’t Afford Therapy, So I Made This,  I did a short comic simply titled ‘Mental Health” and a mini comic (as in size it was about 4x3in) called ‘My Mental Health Does Not Determine My Success’. In both of those comics I talked about having bipolar and PTSD and about how I was afraid for people to know because they would call me crazy. 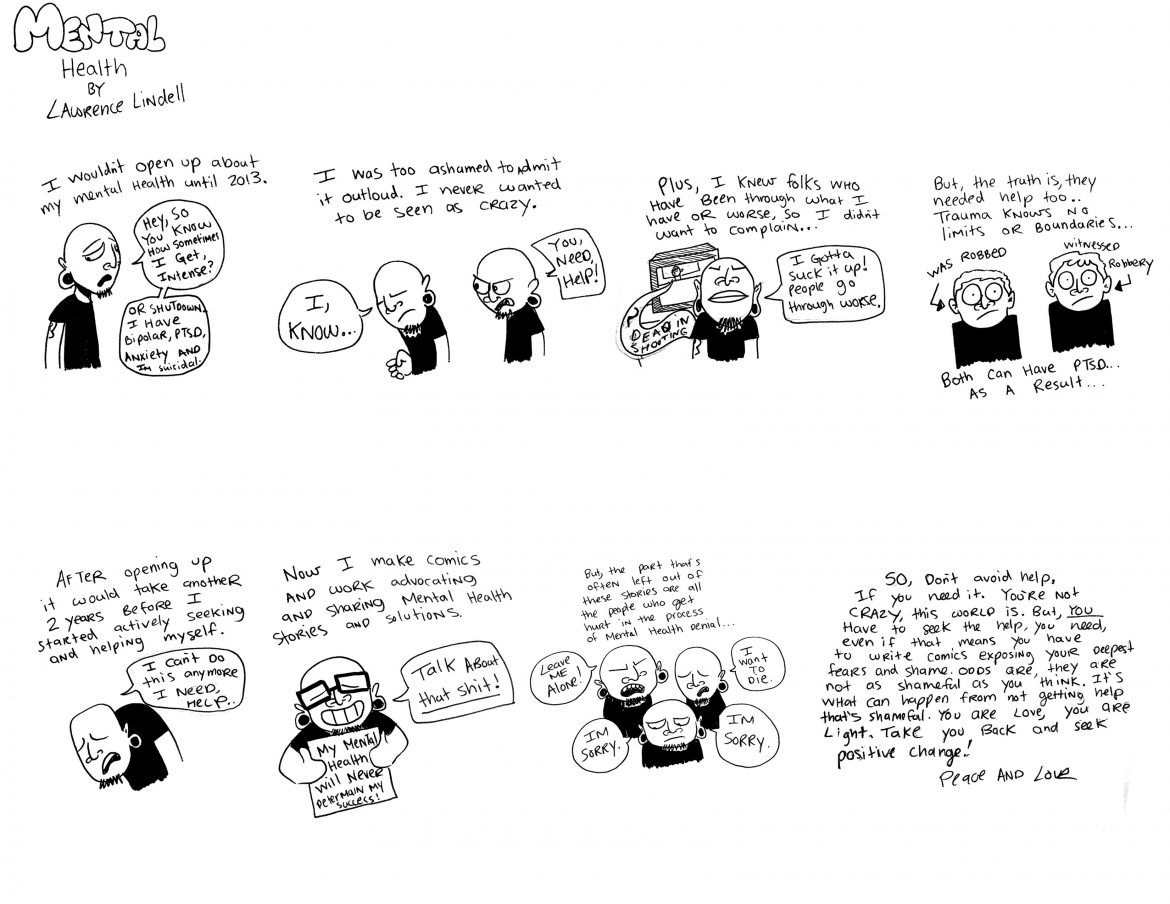 At the end of 2017, I released an early version of Couldn’t Afford Therapy, So I Made This, and debuted it at Short Run Seattle. It was the first time I went into detail about my bipolar, PTSD and mental health. It was also gratifying to show another side of what mental heath can be like for those of us who don’t always have access to resources. The comic was drawn as I was having a mental breakdown and was trying to figure out how to talk to people about what it’s like living with Mental Health Issues. I self published it as a Graphic Novel, then later in 2018, I colored it and released it again. 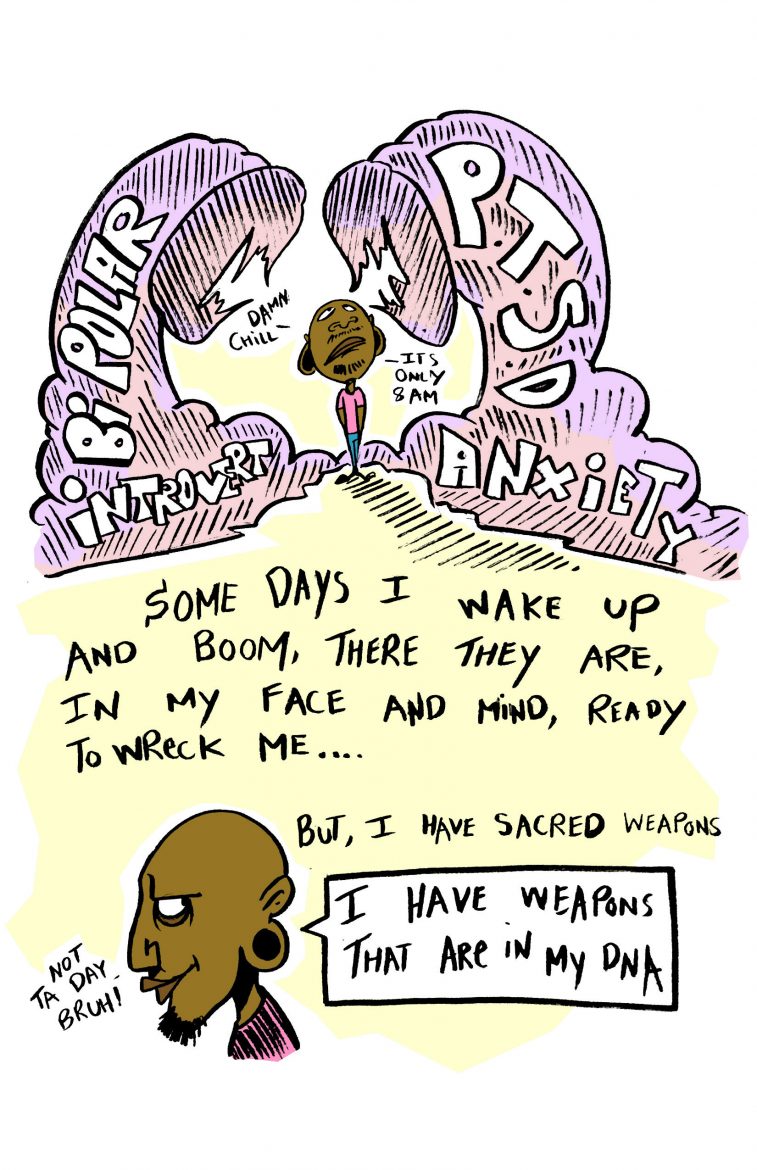 You can read all of Couldn’t Afford Therapy, So I Made This on my website: https://lawrencelindell.com/#/couldnt-afford-therapy-color

After the initial response, it made me comfortable and relieved to know that I could talk about my mental health and people not only understood, but welcomed it. I would go on to release The Garden, which is a poetic magical realism comic about Mania and Depression. The bright colors are meant to be a representation of how even when things are dark, mania can make one feel like they are on top of the world. 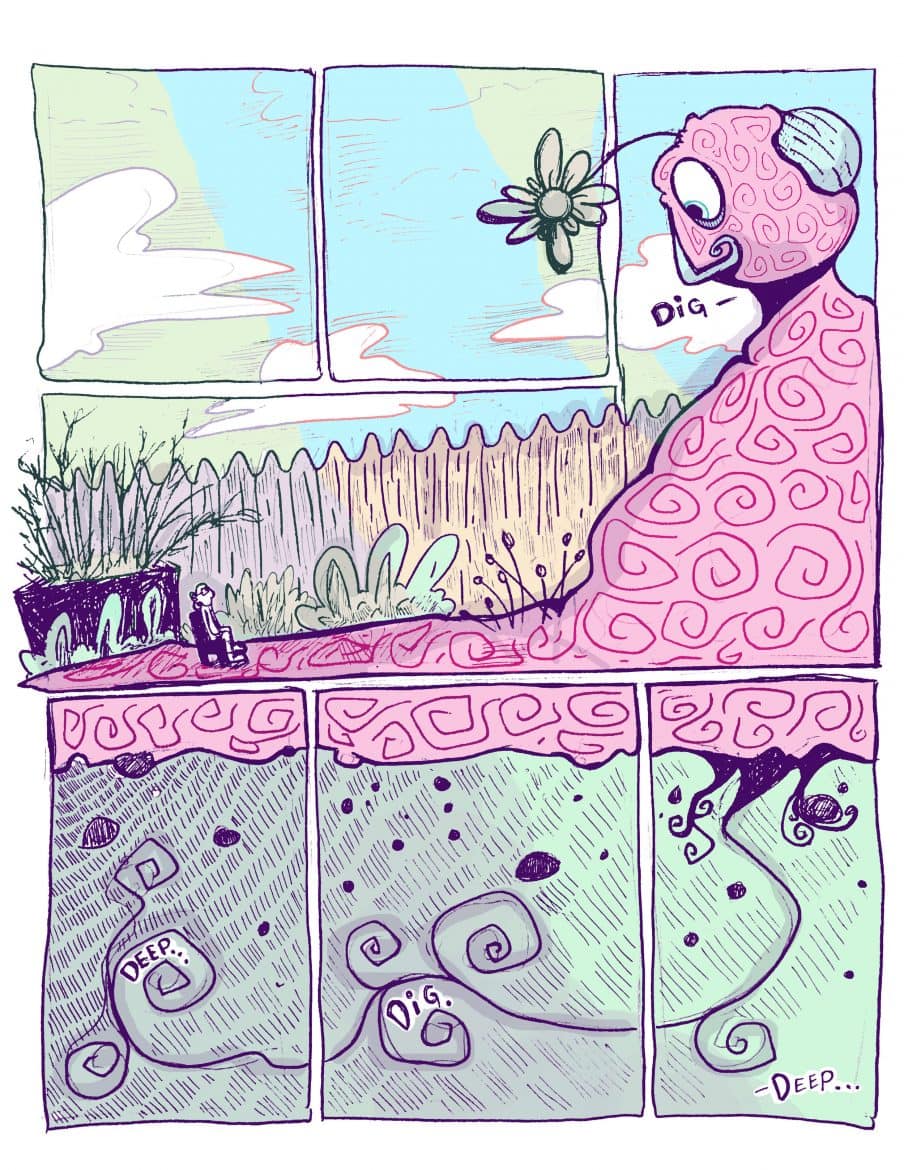 You can read The Garden on my website: https://lawrencelindell.com/#/the-garden

From 2018-present I would be blessed with the opportunity to do many presentations, lectures and workshops on Mental Health and Comics. Finally leading me to write my first official Graphic Memoir, ‘From Truth With Truth.  Up until this point no one really knew the extent of what I have been through or how heavy it can be dealing with my mental health. 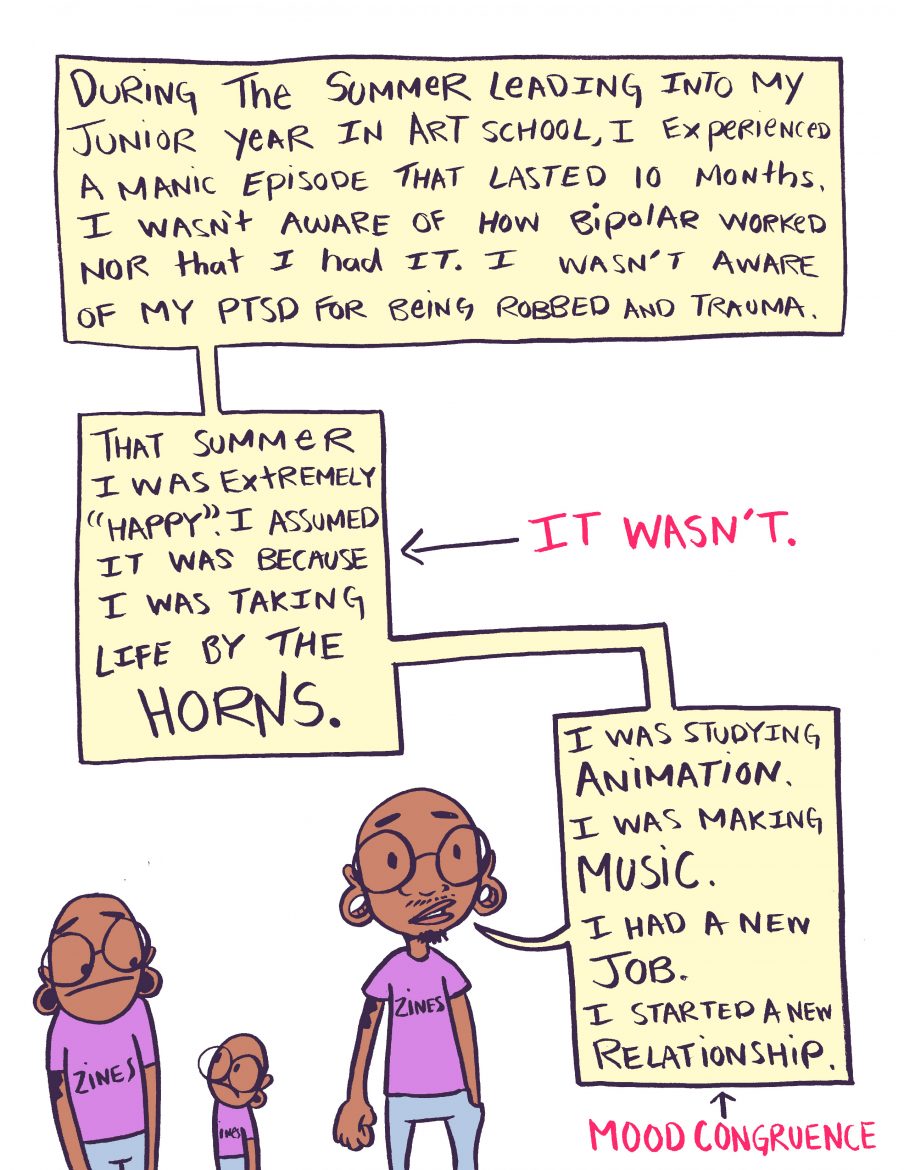 In From Truth With Truth I go into what it’s like to have bipolar, depression and PTSD, being suicidal and what my life is like after living through and with trauma. The first three chapters can be read on my website: https://lawrencelindell.com/#/from-truth-with-truth/

The first print run can be purchased here, but it’s almost out of stock! https://lawrencelindell.com/new-products/from-truth-with-truth