Moxie and Sparx Explain NF1 is a short educational comic created for the Children’s Tumor Foundation (CTF), a national nonprofit organization dedicated to the search for treatments for a rare disease called neurofibromatosis. The comic features a young girl named Maria who is asked to explain her diagnosis to her friend Jackson. Since NF is sometimes hard to explain, CTF superheroes Moxie and Sparx swoop in to help!

In my work as the Director of Communications for CTF, I wrote the script for this comic in order to supplement the patient brochures and resources for adults that were already in the CTF library. The comic was then produced by storytelling studio Bottled Lightning, which is owned by David Gallaher and Steve Ellis, who debuted the comic at their table in Artist’s Alley at New York Comic Con in 2019. The creative team included art by Liz Latham, lettering by Nate Pride, and additional art by Steve Ellis, Sarah Elkins, and Sasha Kimiatek.

In addition to appearing at NYCC, the comic strip is freely available to download at ctf.org/kids, and kicked off an initiative called the CTF Library for Young Readers, to ignite CTF’s ongoing efforts to create and promote resources for people of all ages who live NF that will help them better understand and cope with their diagnosis.

I hope that this story and the information it shares will resonate with young people who feel like nobody understands them or what they are going through. I’m eager to encourage readers to find a voice, and to say to themselves, “Yes I have been through something like that, that nobody understands, and I can get through this too.” 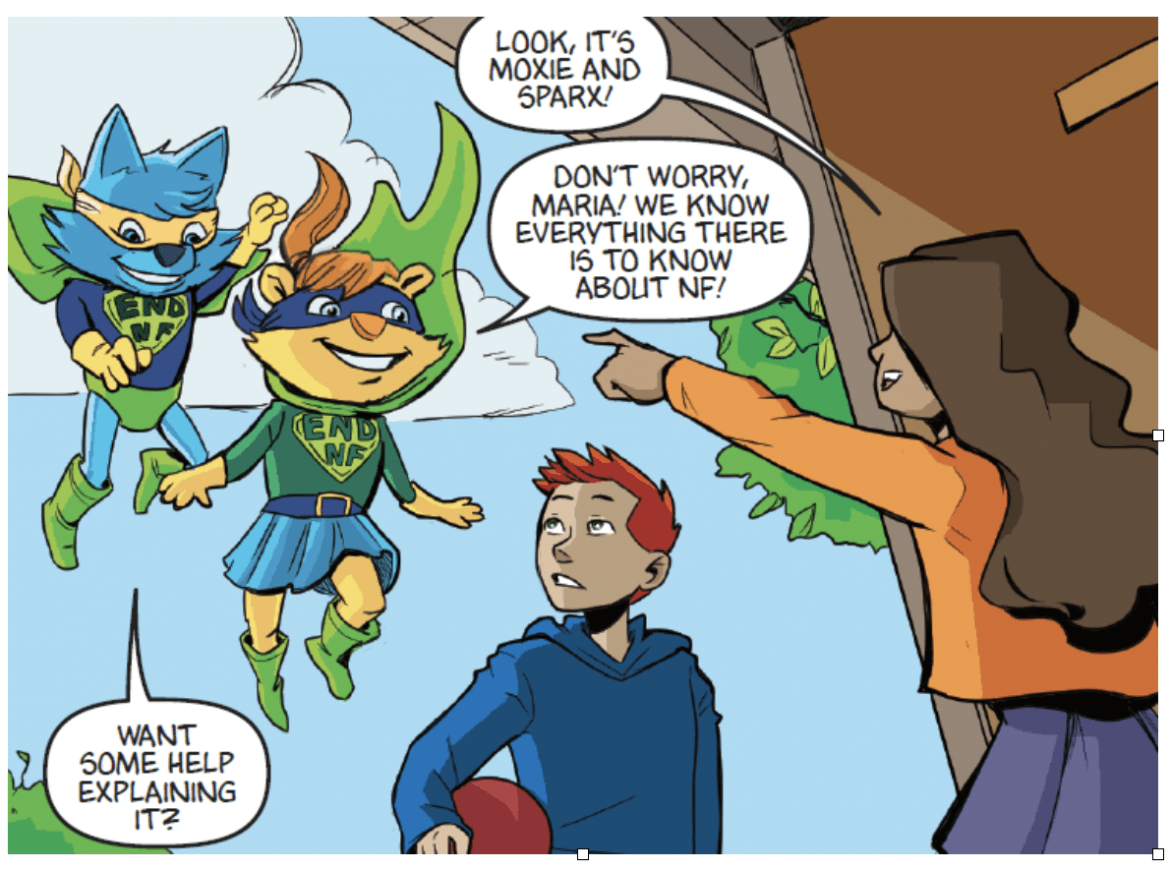