Home / Latest / Spotlight on José Alaniz’s The Phantom Zone and Other Stories: Comics and Prose 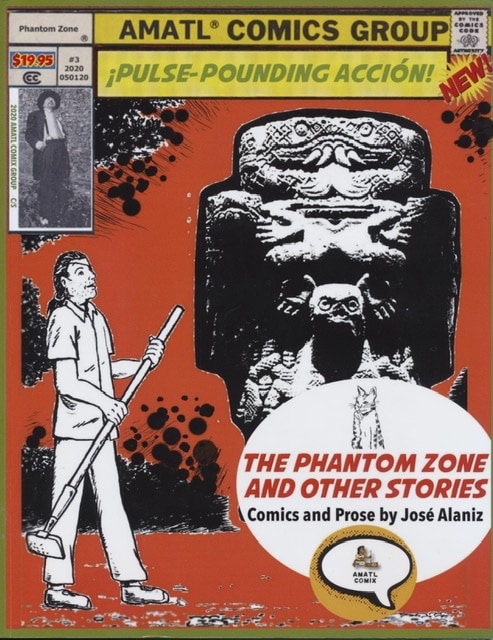 The Phantom Zone and Other Stories: Comics and Prose collects the title story, which first appeared as a comic strip in the Daily Texan, the student newspaper of the University of Texas, Austin in the 1990s, along with more recent material. Alaniz, a comics scholar and professor in the Department of Slavic Languages and Literatures and Comparative Literature (adjunct) at the University of Washington, Seattle, has previously published Death, Disability and the Superhero: The Silver Age and Beyond (University Press of Mississippi, 2014) and with Scott T. Smith co-edited Uncanny Bodies: Superhero Comics and Disability (Pennsylvania State University Press, 2019), among other works. He presented on disability in contemporary Czech comics at Graphic Medicine in 2019. This is his first published comics collection.

Many of the pieces in the Phantom Zone and Other Stories reflect Alaniz’s interest in disability representation and graphic medicine, including “Vertigo’s Cage,” on the author’s Ménière’s Disease; “Madina on the Light Rail,” on a conversation with a deaf Somali immigrant; two works of comics reportage on the Seattle/King County Clinic, an annual event which provides pro bono healthcare to the indigent; and The Phantom Zone trilogy itself, whose main character loses an eye in childhood. 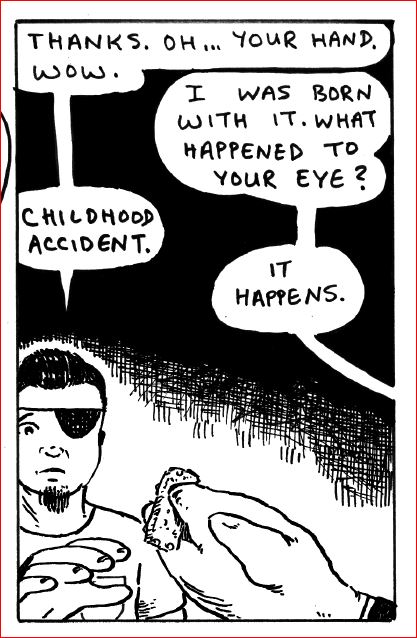 The Phantom Zone and Other Stories will appeal to readers with an interest in graphic medicine and in the comics representation of disability, Mexican-American identity and talking cats.