I’m Melissa Delapp-Ramos, a San Francisco State University student and paraeducator at San Francisco Unified School District. I am studying the Humanities and Comic Studies, but spend most of my time explaining what any of that has to do with working in Special Educaiton.

My favorite part of working as a Paraeducator is managing challenging behaviors from students who were often unable to regulate themselves without support. To do this, I focus on the ‘why’ of the most challenging behaviors I’ve seen. Why does he pee on his desk whenever I ask him to read a book? Why does grandma report that this student can tie their shoes independently, but they seem unable to at school?

The four behavioral functions presented in my comic have their basis in ABA, which can be a minefield of problematic practice. As such I elect to take an Alcoholics Anonymous approach, to take what my students need, and leave the draconian rest behind.

This comic, ‘Function of Behavior’ was created as a final for Tyler Cohen’s Queer Comics class, and is intended to be an informational source for people new to education, or who just want to understand more about human behavior. I like to think of this comic, and the ideas it explores, as a way to answer the “why” of my students behavior. It isn’t the only answer, but is one lens through which we can simplify and decode the spectrum of behaviors a new educator may face on their first day.

Sources for this comic include: hhs.gov, cdc.gov, dhcs.ca.gov, Merriam-webster.com, and www2.ed.gov.

You can find me on Insta, @madmadamesmiley. 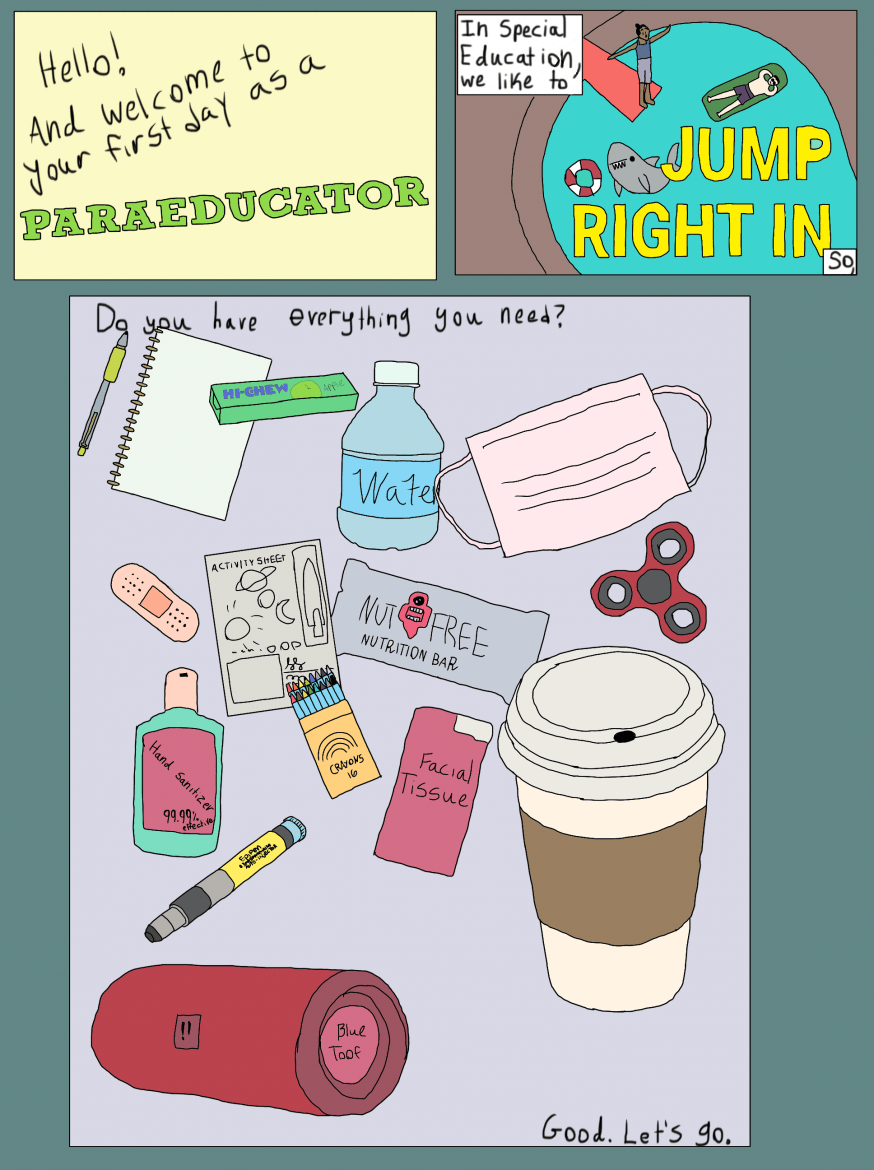 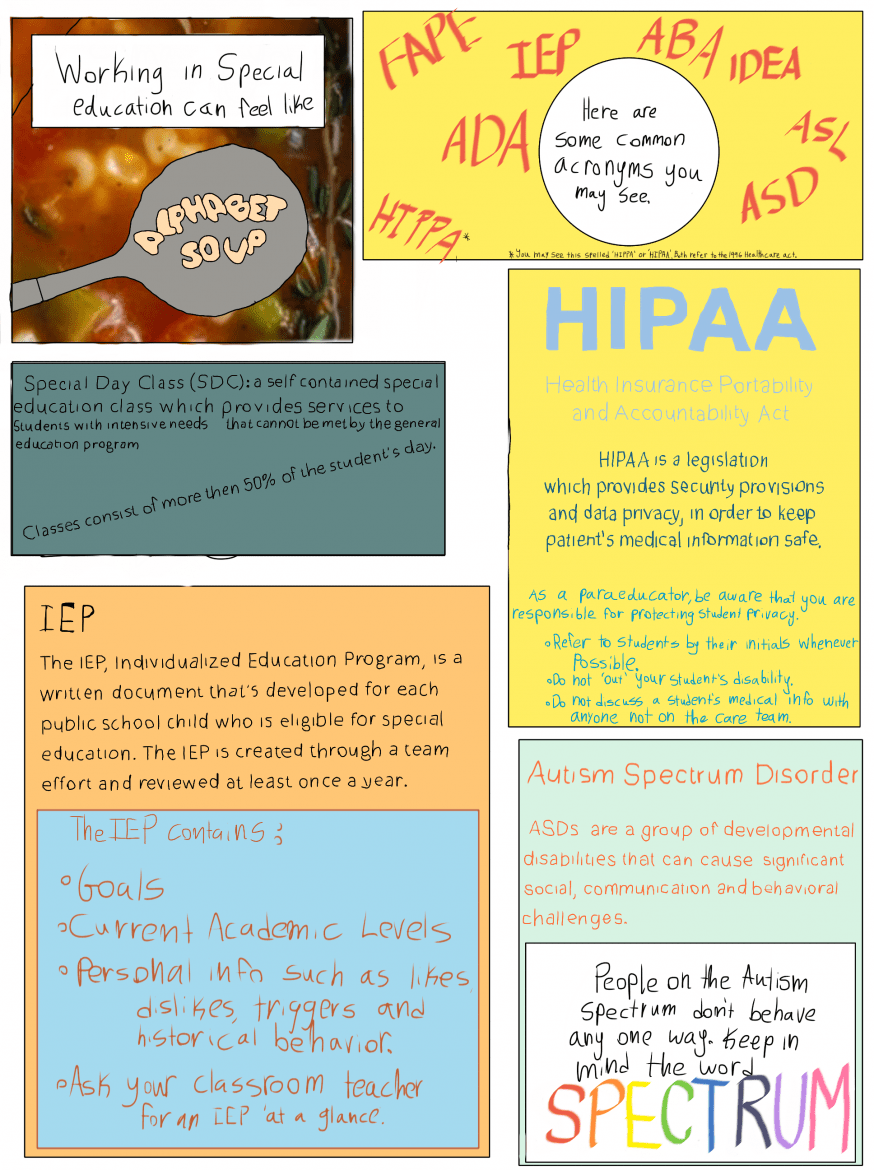 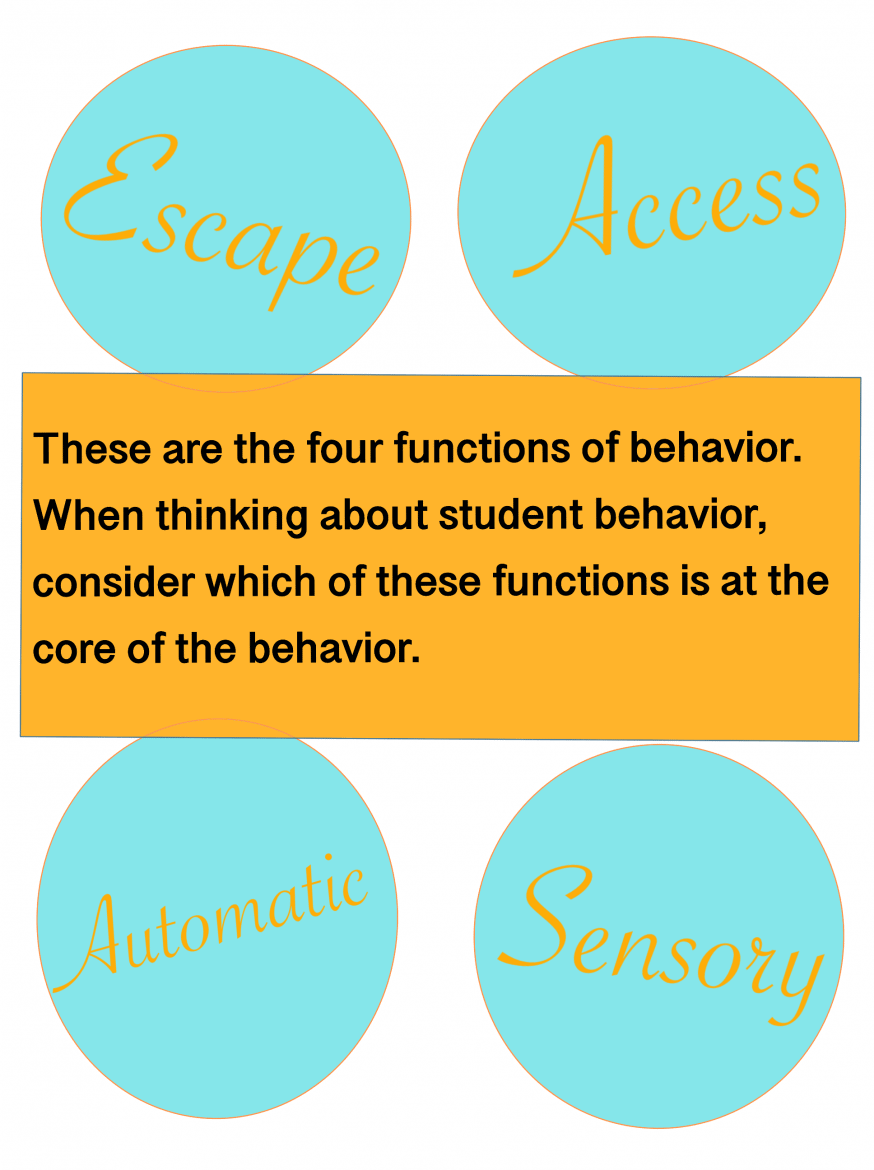 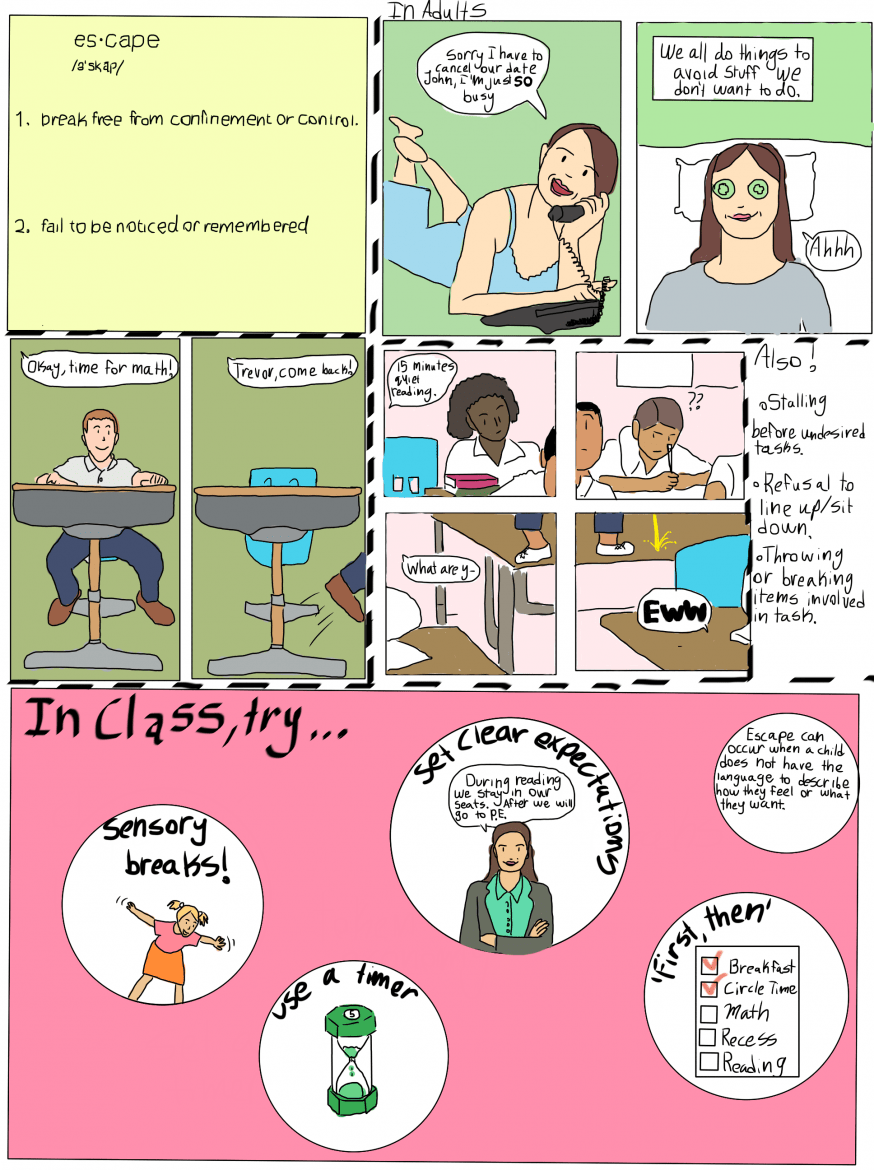 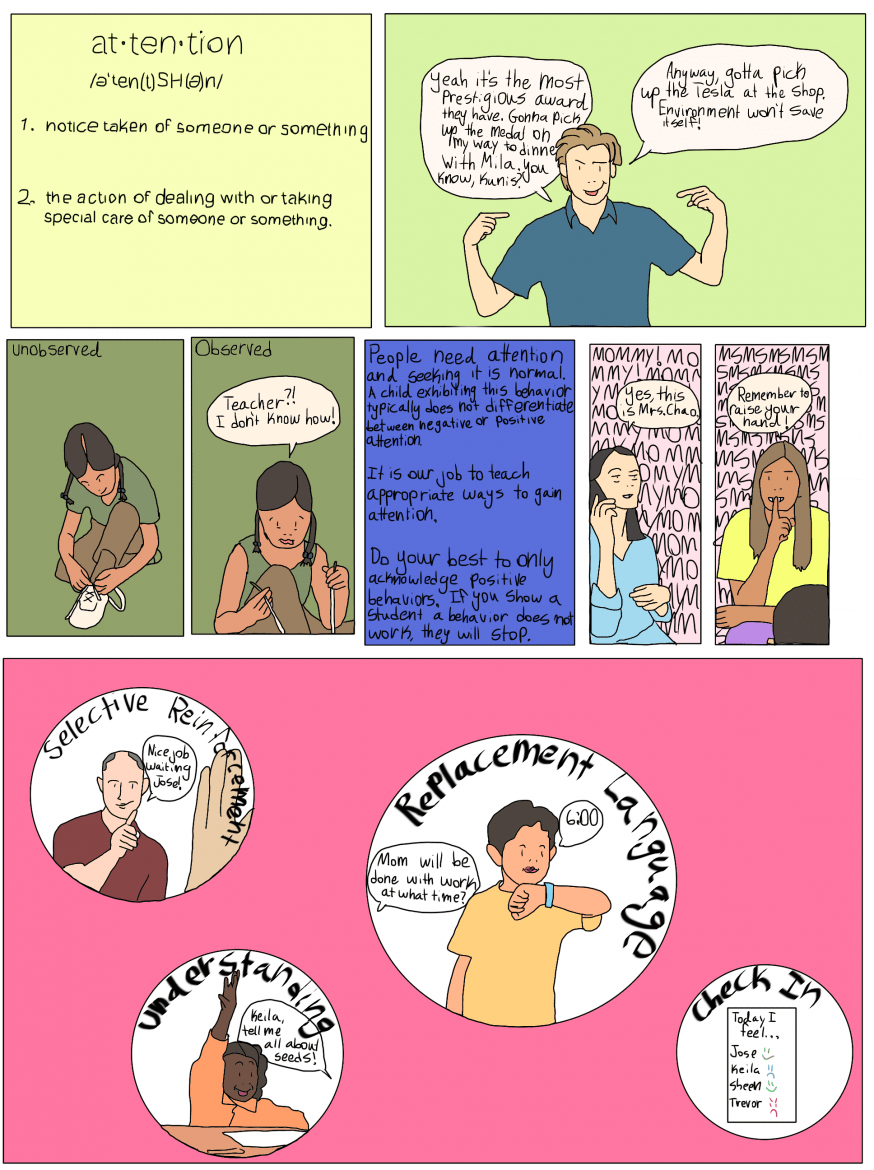 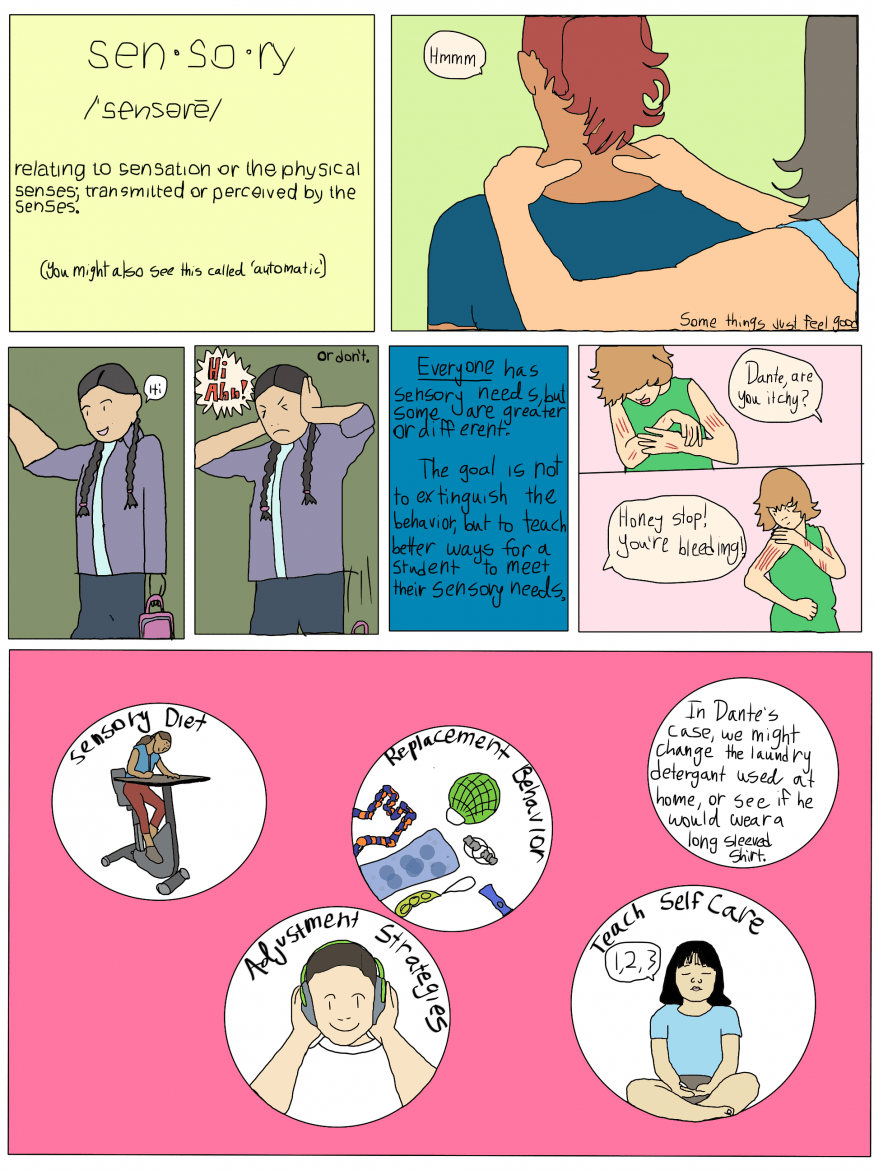 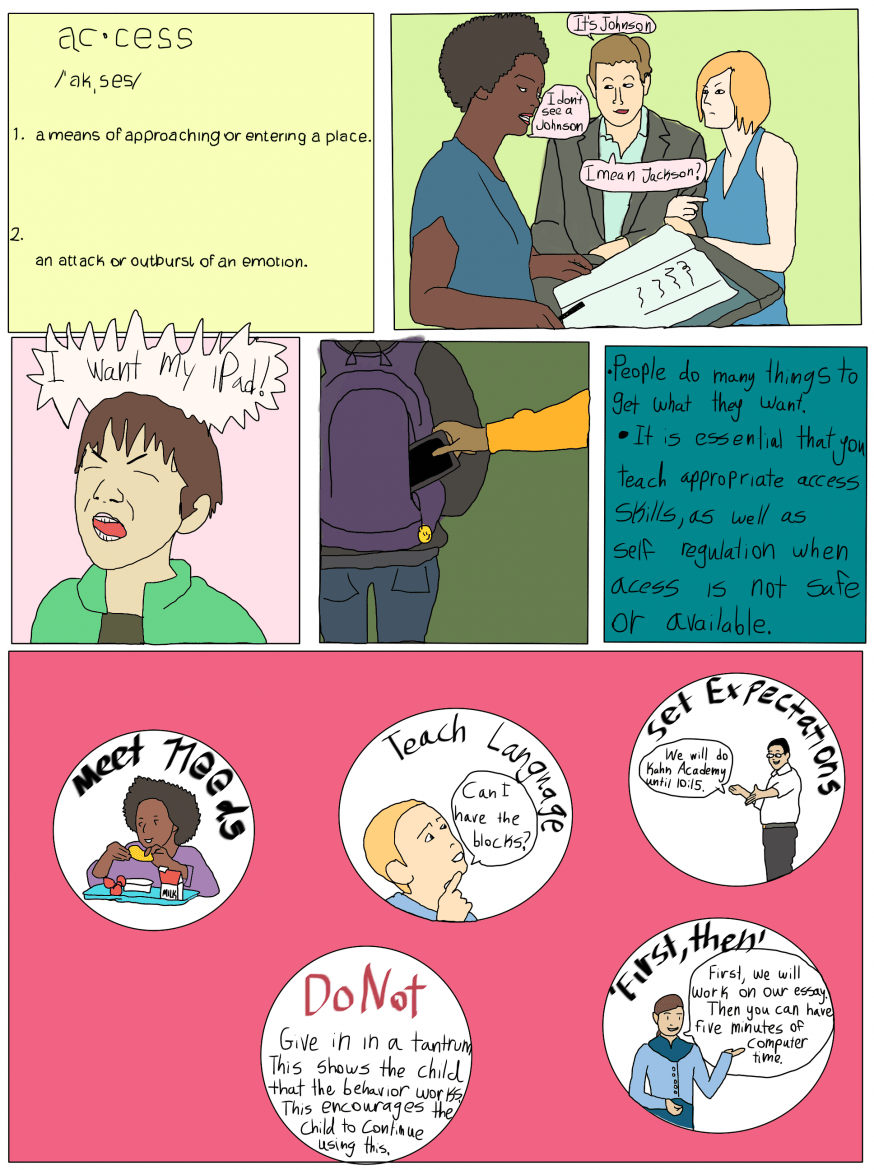 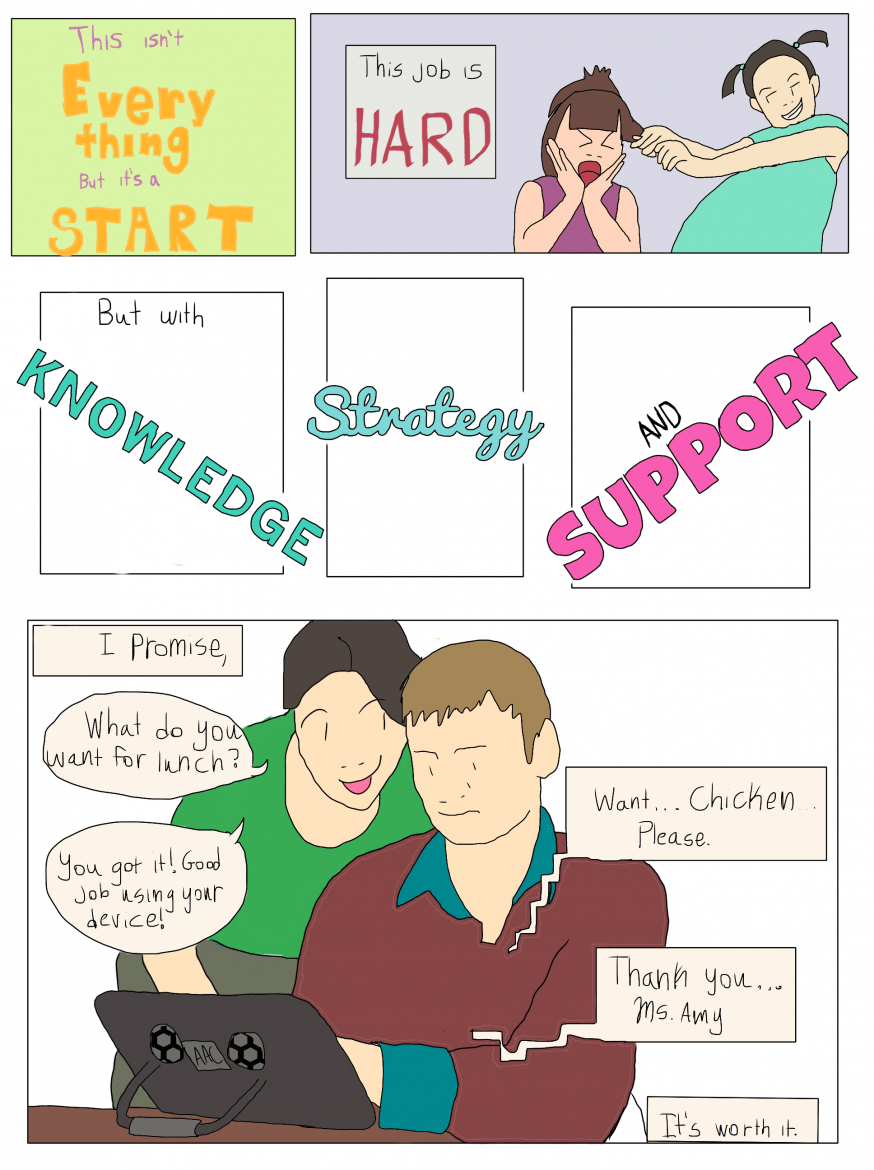