Home / Latest / Spotlight: Zeros webcomic, “What if a Superhero Has a Panic Attack?”

First up, a little bit of background about myself. I was always a nervous person when I was growing up – a worrier. I was often held back by my nerves or a lack of confidence, and this translated in my 20s into various anxiety-related problems like general pains around my body which resulted in various trips to the doctors/hospitals. And then things went downhill.

I was in my late 20s, living in London, and I just couldn’t get to sleep one night. My mind was whirling but also my chest felt really tight, and then my legs felt really weak and my whole left side seemed to be going numb. I must be having a heart attack, was my only conclusion. After a few hours of trying to deal with this, I eventually gave in and asked my flatmate to take me to A&E.

I had some tests at the hospital and was shocked by the results – the tests on my heart were all completely fine. It was a moment of surprise but also a moment of realisation. I didn’t know much about panic attacks at the time, but I knew that this was what had happened to me. More panic attacks would come – thankfully not too frequently – and they were all quite difficult to deal with. Going out became difficult, especially going to the supermarket, where I would often become dizzy and feel like I was going to pass out.

After one of those difficult trips to the supermarket, I went back to bed and phoned my mum and told her all about it. She listened and sympathised and told me about some of her own relevant experiences, and then she said that I had a choice – I could give in and stay in bed, or I could get up and find ways to deal with it and fight it. And so that’s what I did and that’s what I’ve been doing ever since. I still struggle with anxiety – almost every day – but I’m glad I’m fighting it, because even some of the most difficult days can get better or have good moments.

Which brings me onto my own comics and Zeros. I’d been creating my own comics for over 20 years – an epic superhero soap called The O Men, and a gay superteam comic called Spandex – and my next idea was hovering around in my mind (Zeros – initially called ‘Class’ until the BBC took that name for a Dr Who spin-off series). Zeros is set in a world where everyone has a superpower (but the style of the story is more low-key, soapy, Love and Rockets-ish), and one of the very first ideas I had for Zeros was to show one of the characters having their first panic attack – to try and recreate, to some extent, my own first one. So I built little seeds for the story into Volume 1, and now, not far into Zeros Volume 2, I finally get to tell that main story.

The story (Volume 2, Chapter 6) hits my website on 2 June – where the whole Zeros saga is updated every month to be read for free – and the story is also already available to buy digitally on Comixology and Amazon Kindle (I collect the webcomic chapters together into issues, and it’s in Zeros issue 2.2).

I don’t know if I succeeded with this chapter, and I don’t know how effective it is – I’d love to hear from people about it. I’ve just tried to convey how a panic attack feels. I don’t know if some people might find it difficult to read? If so, I’d point out that the character’s story will continue and develop as the series continues, hopefully – you’ll find – in a positive way.

The chapter below is from early June: http://www.zeroscomic.com. All of my comics are available digitally on Comixology and Amazon Kindle. I provide updates on the comic on my Facebook Zeros page and my Instagram page, @martrpeden. 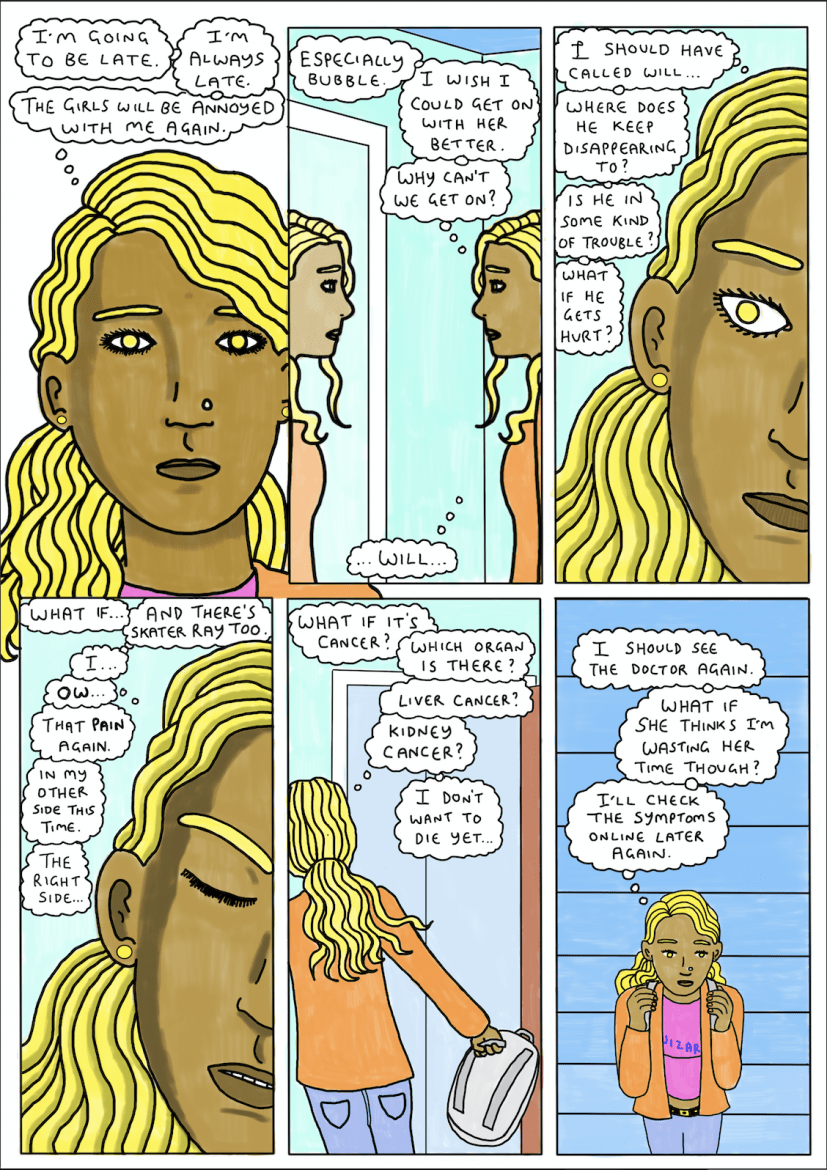 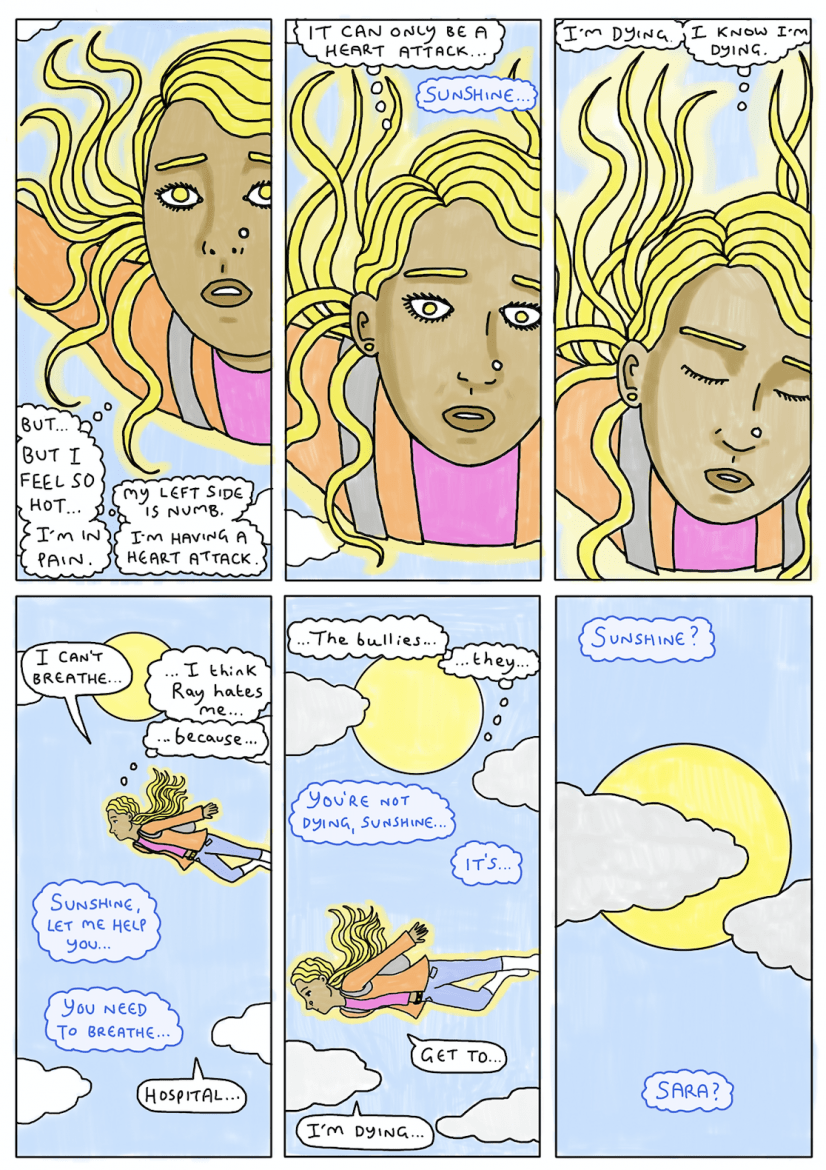 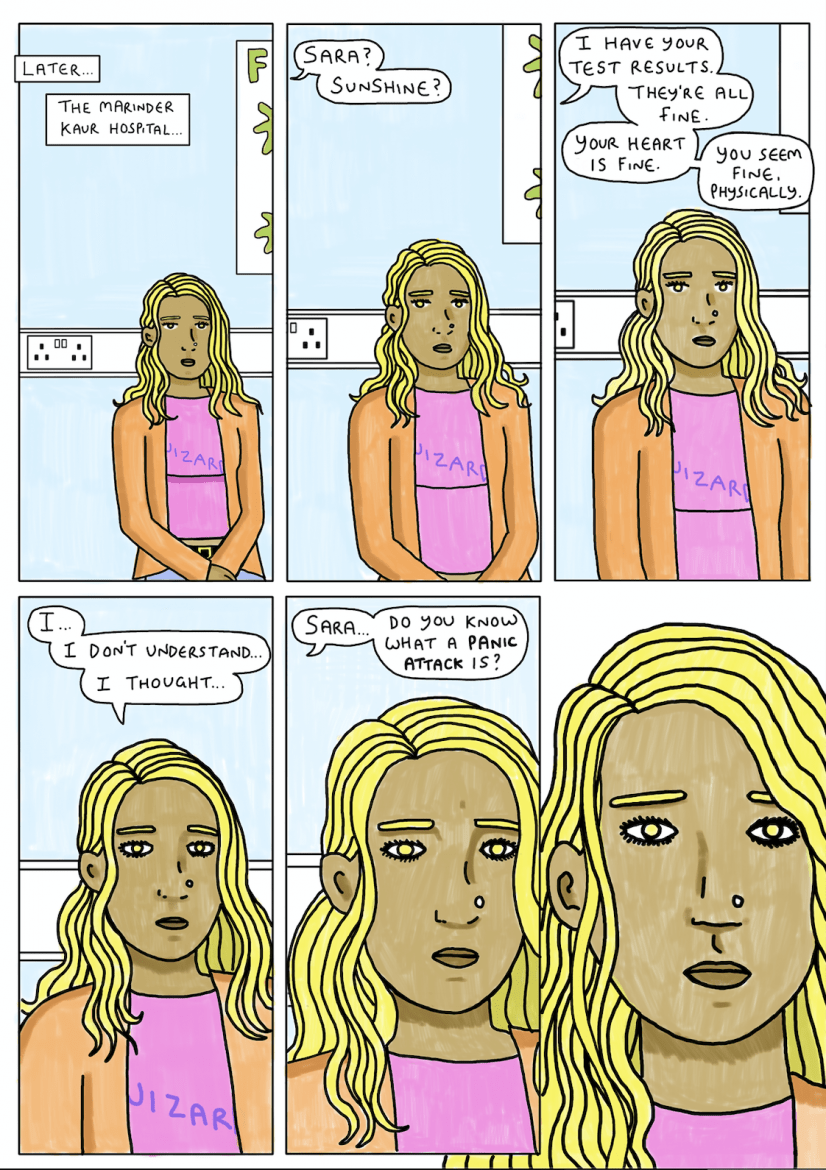