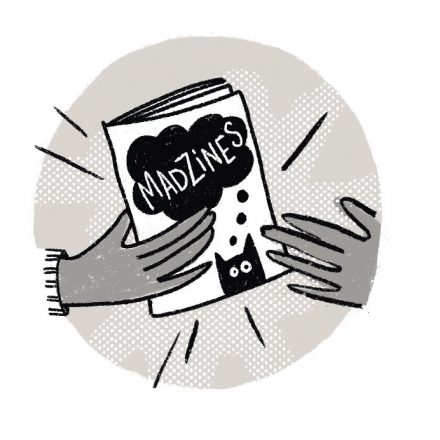 The MadZines research project is exploring how zines craft contention about mental health knowledge and practice. One of the purposes of the project is to explore the potential of zines to foster dialogue about contested issues in mental health. As part of this, the project team are having a series of dialogues with Mad-Zinesters (people who create and share zines about madness and distress). In the following extract from one of these conversations, Helen Spandler (HS) talks to Meg-John Barker (MJB) about how the comic graphics in their zines ‘craft contention’ about mental health.    HS: Can you remember how… END_OF_DOCUMENT_TOKEN_TO_BE_REPLACED 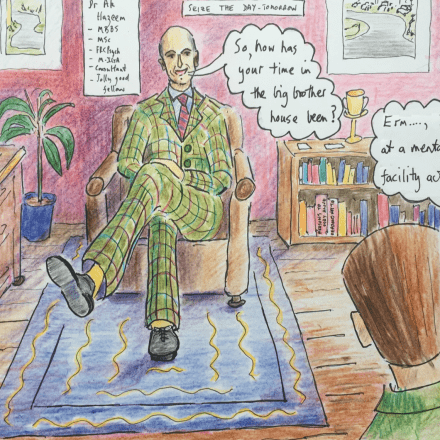 Guest Post by Theo Phizza Following redundancy from a company at which I had worked for 22 years I was admitted to a mental health facility (“the Facility”) at the beginning of 2020 to be treated for generalised anxiety disorder (“GAD”) partly triggered by the redundancy situation.   I first saw a Psychiatric Consultant in December 2019 who advised me that in-patient treatment would probably be best for me. It later turned out he had been a Psychiatric Advisor on a series of Big Brother. This seemed to me to be a possible cause of confusion as this Cartoon shows…. END_OF_DOCUMENT_TOKEN_TO_BE_REPLACED

CALL FOR SUBMISSIONS Comics and Mental Health: A special themed edition of Asylum magazine Comics, graphic novels and sequential art are currently receiving critical attention in academic disciplines while enjoying widespread acclaim through popular culture. Many of the most acclaimed comics, and related tie-ins, utilise themes and characters that directly or indirectly touch on mental health in ways that are potentially thoughtful, challenging and provocative but also manipulative, voyeuristic and stereotypical.  Key examples are the characters of Delirium and Despair in Neil Gaiman’s Sandman series, and the Joker in both Christopher Nolan’s Dark Knight Trilogy of films and in the… END_OF_DOCUMENT_TOKEN_TO_BE_REPLACED