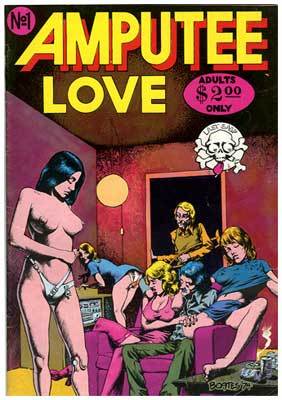 This underground comic, about a female amputee and her lovers is featured in Paul Gravett’s book The Leather Nun and other incredibly strange comics and was displayed as part of Comica 2008 in the concourse gallery at the ICA in London. It is hard to get hold of, but a friend of mine, Roz, who deals in rare books and maps tracked one down and delivered it to me in a plain brown envelope! This little comic raises so many issues I hardly dare say anything about it for fear of committing some grievous faux pas and getting shouted at by… END_OF_DOCUMENT_TOKEN_TO_BE_REPLACED