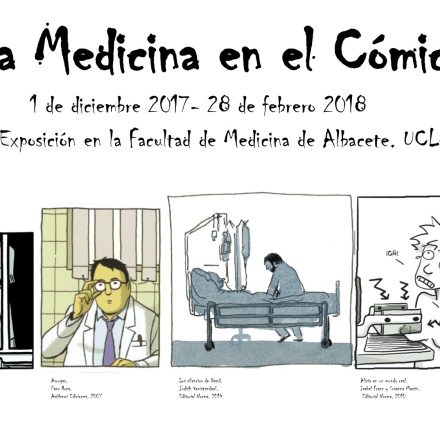 Charo Sabariegos professor at Universidad de Castilla-La Mancha got in touch to tell us that the the school of medicine in  Albacete, Spain, has put together a collection of graphic pathographies. They intend to make known the usefulness of comics to both teachers and students by holding an exhibition, Le Medicina en el Cómic from December until the end of February. The exhibition is divided into six major themes:  The interview with the doctor. Medical tests Feelings The great round of doctors (in honour of David B.) Waiting rooms. What is it? Extracts from comics are shown in each of the… END_OF_DOCUMENT_TOKEN_TO_BE_REPLACED