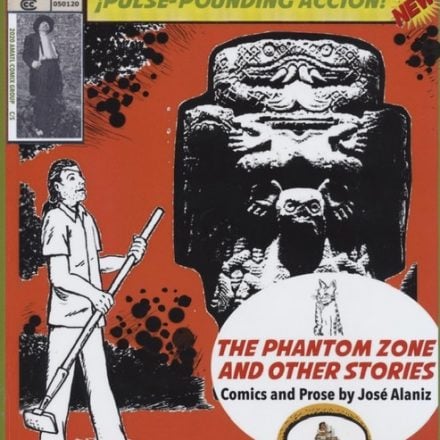 The Phantom Zone and Other Stories: Comics and Prose collects the title story, which first appeared as a comic strip in the Daily Texan, the student newspaper of the University of Texas, Austin in the 1990s, along with more recent material. Alaniz, a comics scholar and professor in the Department of Slavic Languages and Literatures and Comparative Literature (adjunct) at the University of Washington, Seattle, has previously published Death, Disability and the Superhero: The Silver Age and Beyond (University Press of Mississippi, 2014) and with Scott T. Smith co-edited Uncanny Bodies: Superhero Comics and Disability (Pennsylvania State University Press, 2019), among… END_OF_DOCUMENT_TOKEN_TO_BE_REPLACED