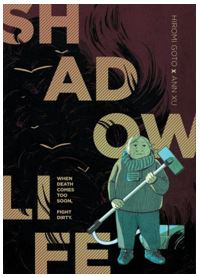 Book Review by Kevin Wolf   Do not go gentle into that good night, Old age should burn and rave at close of day; Rage, rage against the dying of the light. (Dylan Thomas – 1914-1953)   Almost immediately we read that Ms. Kumiko Saito—an elderly Japanese-Canadian woman— in Shadow Life, Hiromi Goto’s first graphic novel and drawn by Ann Xu, only needs life’s necessities and discards the rest. This graphic work wonderfully merges the words and pictures symbiotically without excess. One can’t exist without the other, because too much would be lost if either was missing. Shadow Life is… END_OF_DOCUMENT_TOKEN_TO_BE_REPLACED 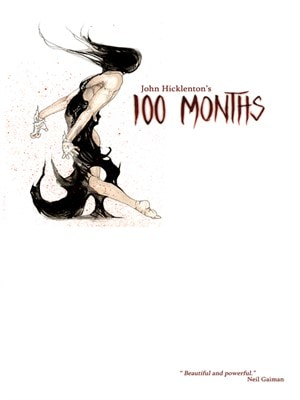 Review Guest Review by Andrew Schechterman, September, 2015 The final statement  100 Months: The End of All Things is John (“Johnny”) Hicklenton’s disturbing, largely non-verbal, statement about going from diagnosis to dying, to death. Not for the faint of heart, this last work captures and embodies, obliquely, his ten-year progressive decline and ultimate destruction by Multiple Sclerosis (MS). Because of his indirect approach, the disease itself is mostly presented via allegory. (For the reader who would like a more traditional account of his MS, consider a 2008 interview “MS: I’m very angry about this disease”). In the Introduction, Hicklenton’s surviving friend and professional… END_OF_DOCUMENT_TOKEN_TO_BE_REPLACED