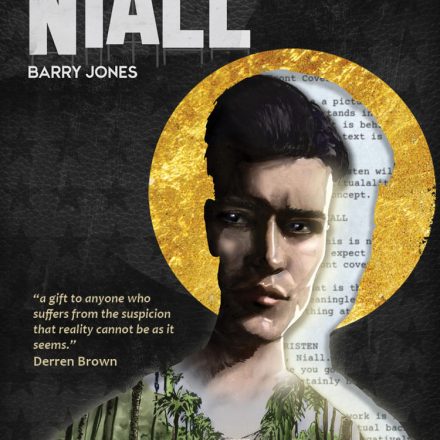 The Book of Niall merges dream life, acting, magical thinking and diagnosis (not to mention exquisite artwork) to create a mesmerising work well worth reading. The main character, Niall Adams, is an actor, known for his part as a superhero in a series entitled “Logos:  First Order”. He is a handsome man with an Irish name, a British accent and an American character role. His recently completed movie series is poorly reviewed, and his womanizing, superficial agent manages to get him nominated for a Best Actor award, with the express aim of distracting public attention from the negative reviews.  But,… END_OF_DOCUMENT_TOKEN_TO_BE_REPLACED