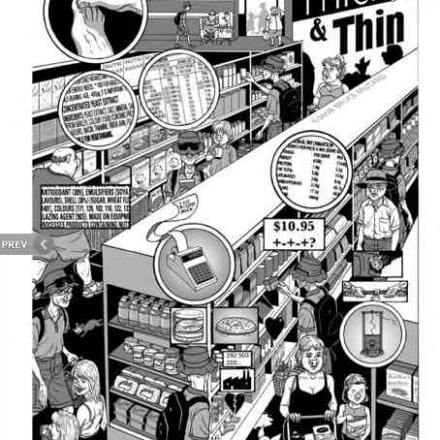 I have just returned from the Graphic Novel Conference at Mansfield College Oxford, where MK, Michael Green and I conducted a panel on Graphic Medicine. Among the speakers was the Australian graphic novelist and writer Bruce Mutard to whom I was introduced by Paul Gravett. Bruce was interested in what we are doing at Graphic Medicine, and told me that he had previously drawn a strip on eating disorders in the male. The strip is viewable online  (scroll down through Bruce’s short stories to find it) Published in Tango, Love and Food. Edited by Bernard Caleo, published by Cardigan Comics. This… END_OF_DOCUMENT_TOKEN_TO_BE_REPLACED

A short story about eating disorders in males, by Australian comics artist Bruce Mutard. Published in Tango, Love and Food. Edited by Bernard Caleo, published by Cardigan Comics. can be viewed online here This is what Bruce says about the story: ‘There is a popular perception that eating disorders only afflict women and are in response to popular media portrayals of skinny models and actresses as exemplars of modern beauty and femininity. Bullshit and bullshit. Perhaps my view is overly subjective, but for me, an eating disorder is generated by low self-esteem, not necessarily linked to appearance, wherein one attempts to… END_OF_DOCUMENT_TOKEN_TO_BE_REPLACED 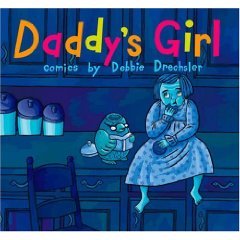 Originally published in 1996, reprinted in 2008, Daddy’s Girl neatly illustrates the reason I think it is pointless to try to divide graphic memoirs from graphic fiction. It is a “quasi” memoir, based on Drechsler’s childhood experiences but narrated by two adolescent girls who both suffer abuse at the hands of older males. The naive style and heavy monochrome brushwork complement the teenage language. Most of the book is concerned with Lily, who, among her 3 sisters, is singled out for sexual abuse by her father, a working man who, in his spare time likes to do charitable work distributing goods… END_OF_DOCUMENT_TOKEN_TO_BE_REPLACED