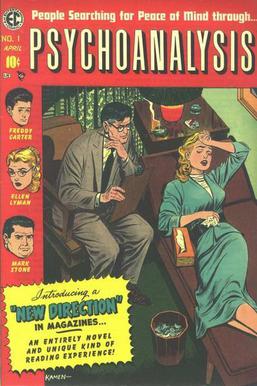 Comics on the Couch A Special issue of American Imago Edited by Vera J. Camden Professor English Kent State University, Training and Supervising Analyst, Cleveland Psychoanalytic Center Psychoanalysis has from its origins been imbricated in culture, both high and low. As we all know, Sigmund Freud defined and illustrated his pivotal discoveries through explications of folklore and fairy tales as well as Sophocles, Shakespeare and other venerable texts. Mental health practitioners have long been invested in comics for better and worse: from psychologist, William Moulton Marston’s creation of Wonder Woman to psychiatrist, Fredric Wertham’s infamous attack on comics as a… END_OF_DOCUMENT_TOKEN_TO_BE_REPLACED 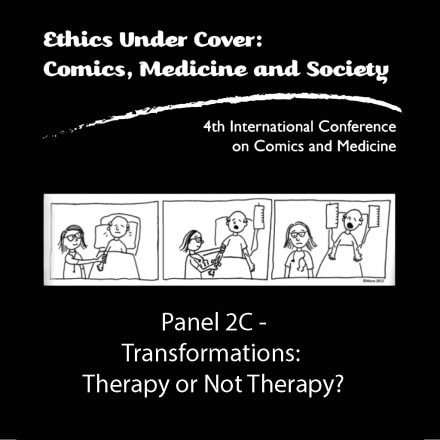 Panel 2C from the 2013 Comics & Medicine panel in Brighton brings us four presentations that relate to the theme of therapy. Use the Quicktime player below to view images along with the audio of Panel 2B. If you don’t have Quicktime, you can listen to an audio-only version of the keynote presentation below.  First up on this panel is Sarah Lightman (author of the forthcoming Book of Sarah from Myriad Editions) of the University of Glasgow and Laydeez do Comics with her talk, “Metamorphosing Difficulties – Post Traumatic Growth in the Autobiographical Comics of Sarah Leavitt, Nicola Streeten and Maureen… END_OF_DOCUMENT_TOKEN_TO_BE_REPLACED