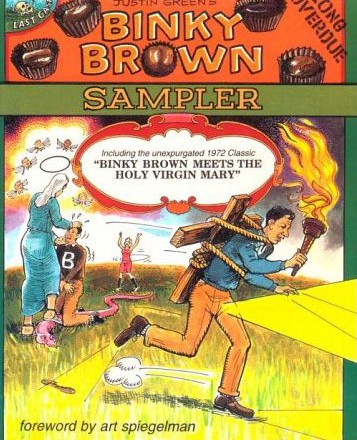 In his introduction, Art Spiegelman credits Justin Green with inventing the genre of autobiographical comix and states explicitly that without Binky Brown there would have been no Maus. In its day there was (apparently) nothing else like this; Green paved the way for his better known peers, like Spiegelman and Robert Crumb. So without this book,  all the others listed on this site might not have existed. I have to admit that this is probably my favorite book of all the one’s I have listed on this website. It was reprinted in 1995 after being unavailiable for 20 years. The… END_OF_DOCUMENT_TOKEN_TO_BE_REPLACED