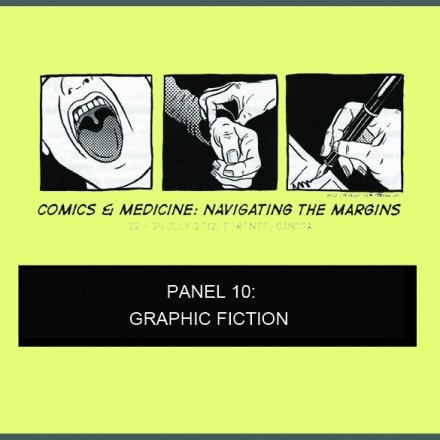 Use the Quicktime player above to view images along with the audio. If you don’t have Quicktime, you can listen to the audio-only version below. This panel from the 2012 Toronto Comics & Medicine conference was moderated by Shelley Wall. First up is Steven Bergson, an administrator in the Research Department of UJA Federation of Greater Toronto and  Vice-President of the Ontario chapter of the Association of Jewish Libraries. He also maintains three blogs on the subject of the representation of Jews and Israelis in comix, including this one. Of his presentation, “From Ivanhoe to Rex Mundi: Jews and Medicine in Comic Books, Comic… END_OF_DOCUMENT_TOKEN_TO_BE_REPLACED