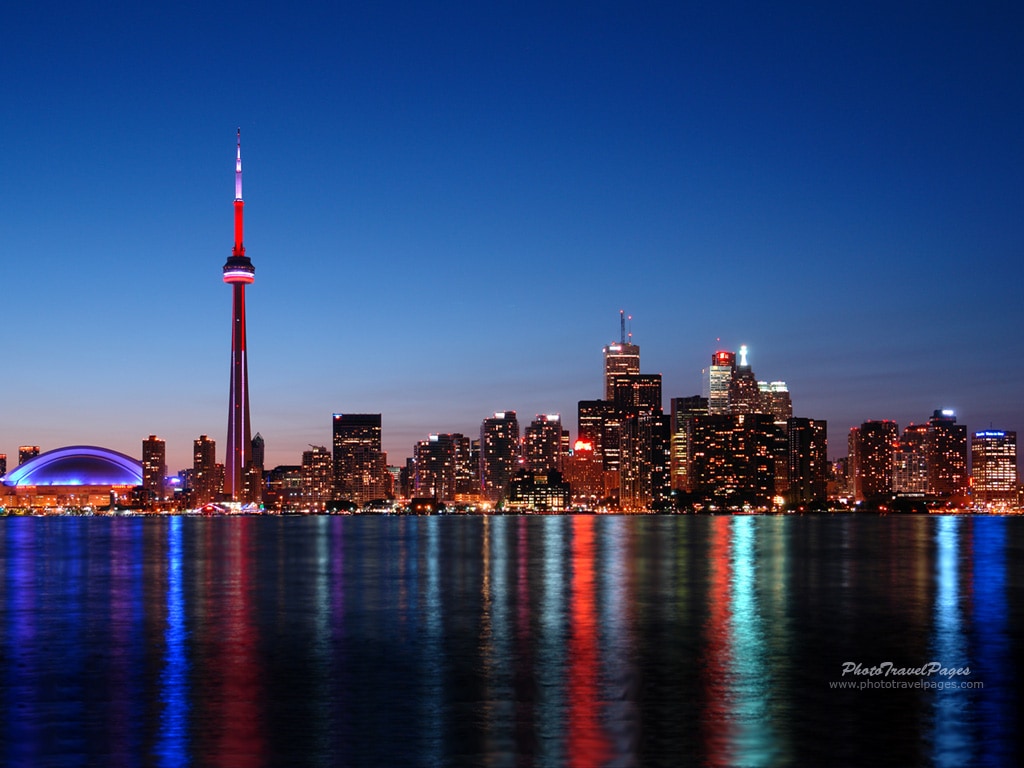 Some of you may be arriving in Toronto before the conference begins, while others may be staying along after the conference ends.
Either way, you’ve probably got plans in mind for what to do while you’re here (besides attending our wonderful conference!).
For those with no plans – or who might be looking for alternate options – I’ve prepared a small list of events, websites, and attractions to help you plan your itinerary.
Toronto Websites
Toronto Tourism
http://www.seetorontonow.com
Blog TO
http://www.blogto.com/

Every newspaper, radio, and TV station has its own news website, but Blog TO is an excellent alternative sorce for reading about the latest goings-on in our city.
T Dot Comics
http://www.tdotcomics.ca
Sequential
http://sequential.spiltink.org
The Beguiling Blog
http://thebeguilingat.blogspot.ca/
3 great websites for reading up on the latest comics-related news in Toronto.
Places to Visit
Art Gallery of Ontario
317 Dundas St. W.
(416)979-6648
http://www.ago.net
Among the exhibits is the Thomson Collection of Ship Models, which include ships that can be seen in the Tintin books. See http://artmatters.ca/wp/2011/12/tintin-and-the-secret-of-the-ship-models-2/
Bata Shoe Museum
327 Bloor St. W.
(416)979-7799
http://www.batashoemuseum.ca/
Among the current exhibitions is “The Roaring Twenties: Heels, Hemlines and High Spirits”.
Casa Loma
1 Austin Terrace (near Spadina & Dupont)
(416)
http://www.casaloma.org
In addition to being one of the coolest castles in Canada, it was where one of the scenes of the Scott Pilgrim movie was filmed.
Comic Book Lounge & Gallery
587A College St. (2nd Floor)
(647)345-1035
http://comicbooklounge.com/
Ongoing exhibition of the work of Mike Del Mundo (Zebra Studios, Marvel Comics).
Hockey Hall of Fame
30 Yonge St.
(416)360-7765
http://www.hhof.com/
What could be more Canadian, eh? This museum took over space from a bank and part of the exhibition space is in the vault.
Instituto Intaliano di Cultura
496 Huron St.
(416)921-3802 ext. 221
http://www.iictoronto.esteri.it
Even if you can’t read or speak Italian, you can appreciate the illustrations of cartoonist Gabriella Giandell currently on diplay.
Ontario Science Centre
770 Don Mills Rd.
(416)696-1000
http://www.ontariosciencecentre.ca
Among the current exhibitions is Spark : The Art & Heart of Science.
Royal Ontario Museum
100 Queen’s Park
(416)586-8000
http://rom.on.ca
Among the current exhibitions is Shahnama, which was the basis of the comic book series  Rostam: Tales of the Shanameh.
TIFF (Toronto International Film Festival) Bell Lightbox Gallery
350 King St. W.
(416)519-8433
http://tiff.net/essential/inthegallery
Free exhibition : “Home on Native Land”.
Toronto Public Library
http://www.torontopubliclibrary.ca
With 99 branches, TPL is one of the largest library systems in North America. Two particularly noteworthy branches are the Toronto Reference Library and The Lillian H, Smith branch.
Toronto Reference Library
789 Yonge St.
(416)395-5577
TRL is the current home of the Toronto Comic Arts Festival ; has been seen in such graphic works as Scott Pilgrim, It’s a Good Life If You Don’t Weaken, and Can of Worms ; has a special Arthur Conan Doyle collection ; and has an exhibition space on the main floor.
Lillian H. Smith
239 College St.
(416)393-7746
In addition to sporting a gargoyle and a griffin at its entrance, this branch contains a Children’s Literature Resource Collection, the  Marguerite G. Bagshaw Collection of Puppetry Creative Drama and Theatre for Children, and the Merrill Collection of Science Fiction, Speculation & Fantasy. The latter collection includes numerous graphic novels and trade paperbacks, as well as periodicals such as The Comics Journal.
*** There is also an exhibition titled “Insulin : Toronto’s Gift to the World”at the MARS Centre at 101 College St. – a very short distance from where our conference is being hosted. ***
Events
July 19th, 10:30 AM – 11:30 AM – Teddy Bear picnic & storytelling at Casa Loma (see above). Chldren : $15.50, Adults : $22.55
July 19th, 6:30 PM – 8:00 PM – People of the Comic Book lecture/reading circle series at the Miles Nadal Jewish Community Centre (750 Spadina Ave.) Tonight’s topic : History of Jewish Contributions to Comics. $12
July 21st, 22nd, 28th & 29th, various times (10:30 – 3:00 PM) depending on program : Life’s a Beach Animation Workshop at NFB (National Film Board) Mediatheque (150 John St.) ; visit http://www.onf-nfb.gc.ca/medias/download/documents/pdf/NFBSummer2012.pdf for details
July 21st, 11:00 AM – 4:00 PM : Kids Comics Festival at Comic Book Lounge & Gallery (see above) FREE
July 21st, 11:00 AM – 6:00 PM : Harbord Street Summer Festival (from Harbord & Spadina to Harbord & Bathurst ; Harbord Street is north of College, south of Bloor) FREE
July 21st, noonish (?) : Canada-wide Doctor Who picnic at High Park (1873 Bloor St. W.) FREE
July 22nd, 2:00 PM : Meet the authors of the book My Noisy Body at Bayview Indigo (Bayview Village Mall, 2901 Bayview, southwest end of the mall) FREE
July 25 -28, 8:30 PM : ANANDAM Dancetheatre Presents:  Divergent Dances for Windows and Walls at Bata Shoe Museum (see above) $15-30.
July 25th, 4:00 PM : Screening of the film The Prosecutor at NFB (National Film Board) Mediatheque (see above) FREE
July 25-28 (various times) Illuminate : Exploring Ideas in Biomedical Visual Communication (see http://www.marsdd.com/event/illuminate-exploring-ideas-biomedical-visual-communication/ for all program information)
July 26th, 6:30 PM – 8:00 PM – People of the Comic Book lecture/reading circle series at the Miles Nadal Jewish Community Centre (750 Spadina Ave.) Tonight;’s topic : Will Eisner’s A Contract with God .$12
Couch Potato Central
For those who prefer to simply watch TV shows and movies, but who may not like what’s on the set when they get back to their hotel room, Toronto has quite a selection of on-demand programming which you can stream via the Internet if you have wifi access. There are even free mobile app versions for most of these that are easy to find and use. Get a taste of Canadian programming or catch up with your favorite British and American shows (as long as those are the same ones we broadcast up here).
Bravo
http://www.bravo.ca
Programs include Dallas, Suits, and The Listener.
CBC
http://www.cbc.ca/player/
Programs include Coronation Street, Arctic Air, Little Mosque on the Prairie, and The Republic of Doyle)
CTV
http://watch.ctv.ca
Programs include Flashpoint, The Bold & the Beautiful, The Daily Show with John Stewart, Defying Gravity, and Grey’s Anatomy)
CITY
http://video.citytv.com/video/home/0/
Programs include 30 Rock, Hell’s Kitchen, and Canada’s Got Talent.
Global
http://www.globaltv.com/video/index.html
Programs include Days of Our Lives, The Young & the Restless, and NYC22.
National Film Board
http://www.nfb.ca/
Canadian-made films (mostly documentaries), e.g. The Devil You Know (Todd McFarlane bio), Medicine Under the Influence, Emergency Ward, My Healing Journey, The Gift of Diabetes, Uncle Bob’s Hospital Visit, Hospital City, Doctors with Heart, House Calls, Doctors without Residency, and Life’s a Twitch.
Showcase
http://www.showcase.ca/video/default.aspx#video
Programs include Weeds, Lost Girl, Continuum, Trailer Park Boys, and Haven.
Space : The Imagination Station (Canada’s answer to SyFy)
http://watch.spacecast.com
Programs include all 4 seasons of Sanctuary, both seasons of Todd & the Book of Pure Evil, the first season of Stormworld and the Season 2 premiere of Alphas.