As you know, I took the holidays as a break from writing these updates. I have attempted to capture posts from throughout the entire past few weeks I was away, but it is very likely that some slipped through. Please send them my way if you know of some! In addition, due to Internet issues, I have not been able to capture tweets here for this post. I hope to be able to include the tweets for the next week in next week’s post as usual.

A little bit of shameless self-promotion for this week’s pick comes in the form of this Graphic Medicine in the Academy page I put together. I am linking this here because it resurfaced this week on social media – thanks Medicina Grafica – and I figure a fair number of folks have not stumbled upon it yet. A caveat is that I haven’t had an opportunity to update the page in at least a year, which means there are plenty of new (and older rediscovered) articles that need to be cited on there. I promise to try to update it as soon as I can.

In the meantime, I’d greatly appreciate any authors that send their papers along – it’ll help me keep it up-to-date!

P.S. You need to read this post by Brian Fies looking at Nate Powell’s breakdown of comics finances. 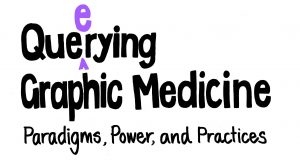 Remember, conference proposals for this year’s Graphic Medicine conference – Que(e)rying Graphic Medicine: Paradigms, Power, and Practices – are due on January 31st! Find all the details of the CFP here: www.graphicmedicine.org/brighton-conference-2019-call-for-papers.

CFP: The ART of Infertility: An Anthology of Patient Narrative and Art

CFP: You Died: An Anthology of the Afterlife

Event: Connecting Graphic Medicine to Your Community with Programming

Webcomic: Who Gets Called an “Unfit” Mother? via @TheNib

Webcomic: Abortion is Illegal in Lebanon, But That Hasn’t Stopped Abortions via @TheNib

Webcomic: Not Our Choice: A Comic on a Big Decision for a Tiny Person

Book Release: The Representation of Genocide in Graphic Novels

Scholarly: Graphic Medicine: The Best of 2018

Scholarly: Comics as an Educational Tool on a Clinical Clerkship

Scholarly (Best of): Graphic Medicine: The Best of 2018

Blog: The time and the neuron

Blog: How to fight cancer.

Blog: Can Comics Enhance the Practice of Medicine? A study using “My Degeneration, a Journey Through Parkinson’s suggests “Yes”

Book Review: Drawn to Berlin: Comic Workshops in Refugee Shelters and Other Stories from a New Europe by Ali Fitzgerald

Revisit: 7 science-backed reasons you should make art, even if you’re bad at it

If you Want Kids to Read Nonfiction, Try Graphic Nonfiction

Drawing Can Change Your Brain In These 7 Ways, According To Science

Announcing the winner of the School Superhero Comic Contest

Cry, Heart, But Never Break: A Remarkable Illustrated Meditation on Loss and Life

How to Be an Artist 33 rules

A course: MSC2022H Graphic Medicine Seminar (I am copying the text below as I suspect this page is not terribly permanent)

The last decades have witnessed a new interest in comics and graphic novels. As a creative medium, the comics form has produced groundbreaking accomplishments while it has gained greater cultural visibility, critical interest, and intellectual credibility. During the same period, there has been growing awareness on the part of medical and nursing practitioners, patients and families, researchers, educators, and literary and cultural studies scholars that the graphic narrative form offers important resources for the communication of a range of issues within medicine and science. “Graphic medicine” is a term often used to describe the growing body of creative work (graphic novels, web comics, and hybrid forms) that deals with issues of illness and caregiving from the perspectives of patients, family members, caregivers and healthcare professionals. At the same time, visual narratives have been increasingly used in the communication of basic science for public outreach.

In this course, students will become familiar with major works of graphic medicine, science comics, and key theoretical texts related to sequential art. As a major project, students will develop their own graphic narrative on a medical or scientific theme.

This Week in @GraphicMedicine fans: I am working on a post now, but I will not be able to include the usual Tweets section. My home Internet has been unreliable for weeks and it is causing such lag that building a tweet-set would take more time than I can give. pic.twitter.com/mAci8h3Dfv